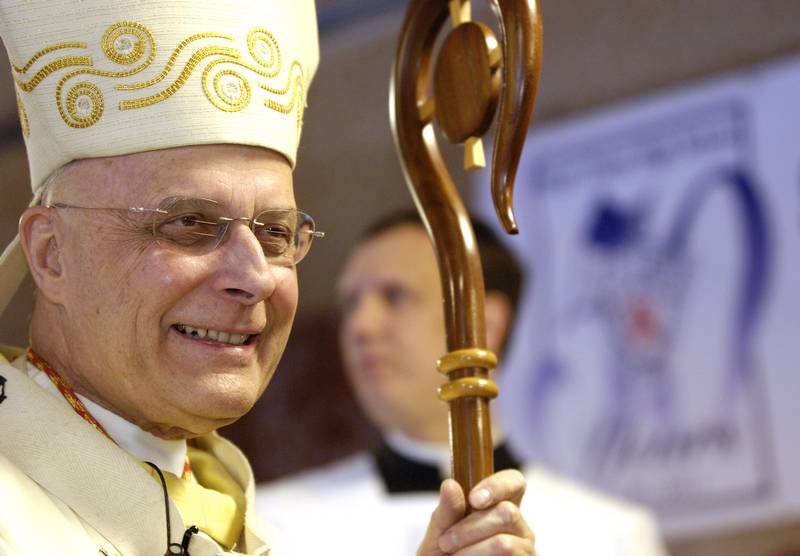 We see it often: A noteworthy person dies; a community grieves; family members, acquaintances and admirers reminisce, and a legacy emerges.

In the process, almost inevitably, it seems, history is rewritten.

Particularly in the short term, mourners and media members alike are prone to exaggerating the accomplishments and the virtues of the deceased, with recollections effectively whitewashed of all negativity thanks to the long-held and widely accepted social precept that one must never speak ill of the dead.

The first recorded use of the Latin phrase De mortuis nil nisi bonum dicendum est (“Of the dead nothing but good is to be said”) dates all the way back to the 4th century, and while it seems to reflect rather well on humanity’s more redeeming qualities, Catholics cannot help but recognize the degree to which it risks doing a great disservice to the deceased individual in question.

This having been said and knowing full well that I invite the outrage of the sentimentalists, I’d like to address the death of Francis Cardinal George.

As post-conciliar bishops go, one can certainly argue that Cardinal George was one of the better of the lot.

If we’re honest, however, we must admit that this isn’t saying very much.

Our Blessed Lord exhorted us, “Be perfect as your Heavenly Father is perfect,” for a reason.

Clearly, every last one of us will die having fallen well short of such perfection, and that, in fact, is the point:

Jesus is telling us that the standard by which our lives will be measured is objective truth; it is not the subjective condition of other sinful people; even if they be bishops.

With this in mind, the effusive praise that is being heaped upon Cardinal George in the aftermath of his passing is just screaming for some Catholic perspective.

In his official statement on the passing of Cardinal George, Archbishop Charles Chaput of Philadelphia said:

As a fellow religious, he was a model for me of living the beatitudes well, despite the daily crush of leading a large local Church. As a bishop and a scholar, he was the finest intellect the Church in America has seen in many decades. The only consolation in losing him is knowing that he served the Lord well, and the Lord has welcomed him home.”

Imagine, Cardinal George’s funeral Mass has yet to take place and already the Archbishop Americus of Philadelphia is publicly assuring the faithful that he has already been welcomed into Heaven. Talk about a disservice to the deceased!

If this is such a certainty, why even have a funeral Mass?

Oh, I forgot, the Novus Ordo Mass of Christian Burial is really nothing more than a celebration of a life well-lived designed, not for the good of the departed, but as spiritual comfort food for starving mourners.

In remembering Cardinal George, I’m inclined to take a different approach; one that is infinitely more charitable as it is based in truth as opposed to fluff.

I will limit myself to just three observations:

– Cardinal George was pleased to deny Christ before His accusers

At a recent speech to the Jewish Federation of Metropolitan Chicago, Cardinal George revealed himself to be just another blathering Judas in red, not entirely unlike the pandering paliaccio in New York, who also enjoys basking in the fleeting earthly rewards that come from forming chummy relationships with Our Blessed Lord’s enemies.

Throughout his speech (excerpted below), Cardinal George dutifully played the role of the contrite little goy, no doubt to the utter delight of his audience.

Those with eyes to see, however, cannot but be disgusted by the realization that Cardinal George is as much a part of the present day crisis in the Church as his successor.

Cardinal George is holding up an X-ray of the American experiment; playing both doctor and historian, and even with the benefit of hindsight, knowing full well that the patient is on the doorstep of death, still he does not seem to recognize the fatal affliction there present.

Those who view such things by the light of tradition, however, know very well that the State that promises to “protect all religions,” including those that oppose the reign of Christ the King, is already, even at its very inception, an avowed rival (read, enemy) of the Holy Catholic Church.

At this, one might reasonably ask: Why is a prelate who seems to sense in his gut the irreconcilability of the American ideal and the mission of a Church that is “the kingdom of Christ on earth, destined to be spread among all men and all nations” (Pius XI – Quas Primas), still cannot bring himself to do any more than to lay blame for the present state of affairs at the feet of “some members of the American establishment?”

(Excerpted from Cardinal George pops out)

Does the USCCB really mean to say that health insurance is a basic human right?

We’re then informed that since a large group of people allegedly don’t have health insurance (never mind the actual health of these individuals, or their actual access to health care) the determination is that the entire health care system — the finest in the world — is in need of not just improvement, but fundamental reform.

This is a Pelosi-esque leap of logic, especially when we consider that the Conference — under the solitary condition of the Hyde Amendment’s flimsy guarantees — was fully willing to grant unprecedented control of the U.S. healthcare system to the same government that has nearly destroyed Medicare and Medicaid.

Are there any number of good things that we might also remember about Cardinal George and his legacy?

That said, the puerile sentimentalism that is littering much of the media relative to Cardinal George’s death, much less the remarkably uncharitable guarantees of Heavenly bliss coming from other prelates, are truly unworthy of a Catholic.

Now more than ever, Cardinal George is in need of our prayers, and it is our duty to offer them:

O God, who didst raise Thy servant Francis to the dignity of Bishop in the apostolic priesthood; grant, we beseech Thee, that he may be joined in fellowship with Thine apostles for evermore. Amen.