Home
Blog Post
No good without the Catholic Church 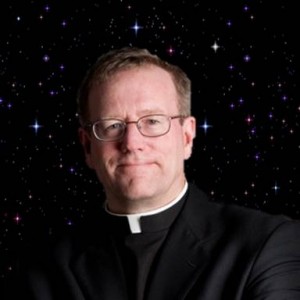 A young Catholic friend (the product of Franciscan University of Steubenville) recently called my attention to a column that he found interesting by Fr. Robert Barron at Real Clear Religion entitled, “No good without God.”

​What I would like to do is lay out, in very brief compass, the Catholic understanding of the relationship between morality and the existence of God and to show, thereby, why it is indispensably important for a society that wishes to maintain its moral integrity to maintain, at the same time, a vibrant belief in God.

After building his case through a series of anecdotes, rhetorical questions and precisely zero references to Jesus Christ and the necessity of His Mystical Body, the Church, Fr. Barron concludes:

Removing God is tantamount to removing the ground for the basic goods, and once the basic goods have been eliminated, all that is left is the self-legislating and self-creating will. Thus, we should be wary indeed when atheists and agnostics blithely suggest that morality can endure apart from God. Much truer is Dostoyevsky’s observation that once God is removed, anything is permissible.

Most Catholics of a conservative bent would undoubtedly consider Fr. Barron’s reflection an unimpeachable representation of sound Catholic thought, just as my friend did.

In truth, however, it’s really just more of the same quasi-nondenominational religious speak that has come to define the “New Evangelization” as our churchmen, from your local deacon all the way up to the highest offices in Rome, tiptoe around the objective truth that the Holy Catholic religion stands above any other, and that Christ the King, her Divine Founder, is the one true God who reigns above the many false gods of the world.

In large measure, it is the result of the so-called “American contribution” to the Second Vatican Council!

Now don’t get me wrong; this is nothing altogether new.

Catholic men of weak constitution, including churchmen, have for many centuries succumbed to the temptation to court worldly popularity by placing our Holy Catholic religion, in some manner or form, on an equal plane with the many false religions, but the teaching Church, under the guidance of faithful popes, has ever sought to correct such dangerous errors.

The Church, indeed, deems it unlawful to place the various forms of divine worship on the same footing as the true religion. (cf Immortale Dei 36)

It is again necessary to censure a very grave error that is unfortunately entrapping some Catholics who profess that it is possible for men to arrive at eternal salvation, although they live in error, and are alienated from the true Faith and Catholic unity. Such opinion is absolutely opposed to Catholic teaching.

One notes that even as Blessed Pius IX wrote in 1863, it was “again necessary” to correct this problem; i.e., it was obviously a persistent one.

So, when one encounters a Catholic cleric, like Fr. Barron, publicly suggesting that a belief in God is the key to establishing a moral society (one that is presumably pleasing to God), while failing to identify who God is in the light of Catholic doctrine, said teaching is but a half-truth and therefore no truth at all; it is, in fact, simply a nuanced version of the same grave error of old.

What is unique to this post-conciliar age, however, is that there will be no condemnation from Rome thanks in part to the influence of such conciliar texts as the Decree on Ecumenism, Unitatis Redintegratio, and the Declaration on Religious Freedom, Dignitatis Humanae, which placed the Council’s seal upon the “Great American Experiment” wherein religious pluralism is held sacrosanct.

The impact of these documents on the Church’s “evangelical tone” has been evident for nearly five decades, particularly so during the present pontificate. Consider, for example, Pope Francis publicly discouraging any perceived “need to convince the other to become Catholic,” and likewise his reference to religious diversity as a “gift,” propositions that would have invited the swift condemnation of his pre-conciliar predecessors.

Here in the United States, one is often reminded of the aforementioned American contribution to this dreadful situation, as our bishops, especially in the face of the Obama Administration’s HHS mandate, have repeatedly made use of a quote from “Founding Father” John Adams who said:

Our Constitution was made only for a moral and religious people. It is wholly inadequate to the government of any other.

Upon examination, one cannot but conclude that the substance of both Fr. Barron’s and John Adams’ reflections are quite similar in that they share a common flaw; neither one acknowledges the fact that a generic brand of religiosity based upon a personalized belief in whatever one happens to call “god” is of precious little use in weaving the moral fabric of a given society.

Consider, for example, the moral outrages that have been committed over many centuries by Mohammedans in the name of the false god of the Qur’an. Or, if you prefer something a bit closer to home, think of the deleterious effects on society at the hands of “believers” whose particular version of “god” just so happens to embrace homosexuality, contraception and abortion.

The point is rather obvious:

It’s not enough to simply tout religion and a “vibrant belief in God” as necessary building blocks for “moral integrity,” as if such can actually exist apart from the truth that comes to us from God through His Holy Catholic Church.

In the case of John Adams, this glaring oversight is to be expected given his condition; the man was a heretic, but what shall we say of Fr. Barron’s failure to give any mention to the indispensable role of the Catholic Church in coming to know, to love and to serve the Lord our God in truth?

In sum, Fr. Barron’s essay is a veritable case study in the ways of the “New Evangelization,” a defining characteristic of which is the conspicuous absence of any clear call to conversion to the one true Faith; the same that is inherent to the Church’s mission as evidenced in the evangelical activity of the Saints, Martyrs, and Roman Pontiffs who lived in the nineteen centuries leading up to Vatican Council II.

By means of his Real Clear Religion column, Fr. Barron, one of the “New Evangelization’s” most brightly shining stars, has inadvertently provided an excellent example of its utter ineffectiveness.

Think about it: By attempting to herald the necessity of “belief” without reference to the unique role of the Catholic Church in communicating religious truth, and “God” without mention of Christ Jesus who is the fullness of Divine Revelation, what did Fr. Barron actually accomplish?

Apart from getting an “Amen” from the poorly-formed choir, he ultimately lent credibility to the various erroneous beliefs and false gods that are fashioned by the same “self-legislating and self-creating will” he had intended to condemn.

As my young friend would have it, Fr. Barron was simply “meeting the people of the world where they are; preparing the ground for the fullness of the Gospel.”

A more attentive observer of the post-conciliar hierarchy’s modus operandi will notice, however, that the “new evangelists” are ever mired in “preparation mode;” i.e., they never quite manage to get around to proclaiming the Gospel in its fullness, which leads one to wonder why it has never occurred to them that the very reason the world appears so unprepared to receive the full measure of life-giving truth entrusted to the Holy Catholic Church alone is their very own failure to proclaim it.

O’ papal cart, where are thy wheels?