Home
Blog Post
What’s Going on at the Fatima Center? 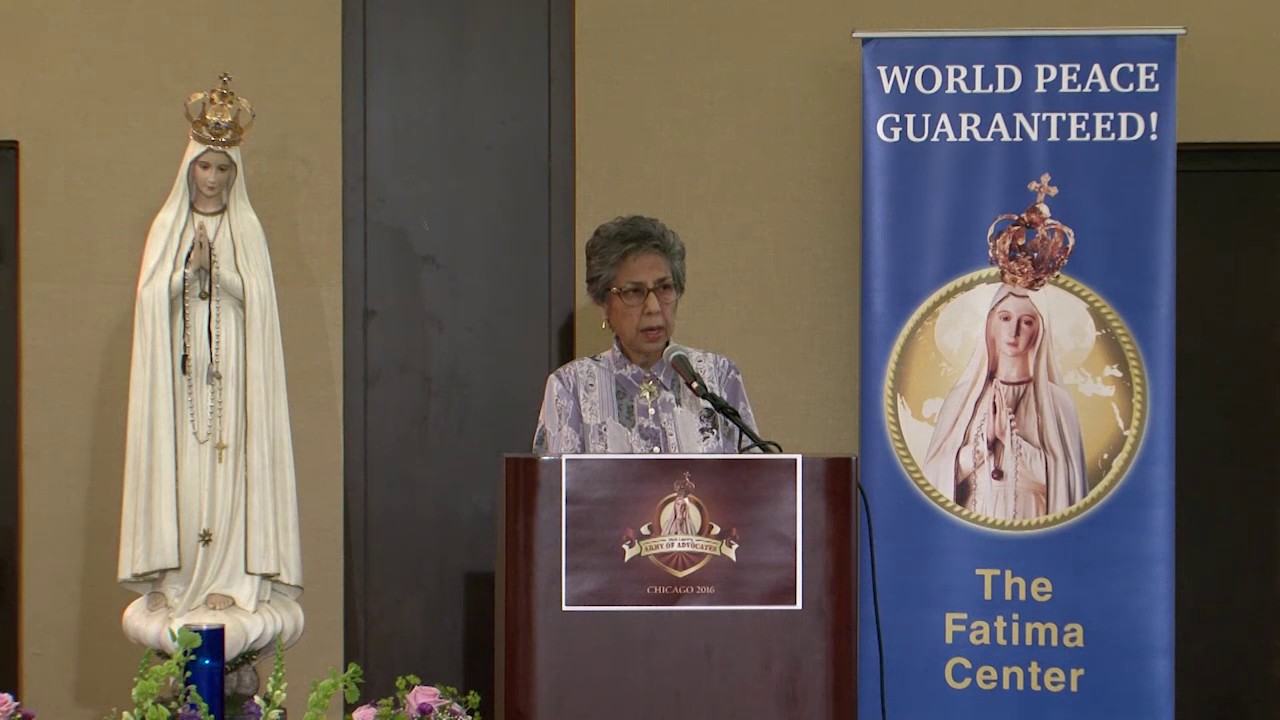 On August 28th, aka Catholic published a rather prescient blog on an emerging “new” Fatima Center. In this posting, Louie Verrecchio observed that the Fatima Center (FC) was lessening its fight against errors, especially those concerning the Fatima Message, errors that the FC would have vigorously fought under Father Nicholas Gruner.

In other words, the Fatima Center is moving away from Traditionalism (which abhors error) towards the conservative position (which ignores error so long as it’s mixed with some truth).

Unknown to Louie was that at the precise time of his August 28th post, the new direction was being confirmed in a startling set of letters mailed to American donors from the Fatima Center in Fort Erie, Ontario, the headquarters of Father Nicholas Gruner’s Fatima Apostolate.

NOTE: The letters may be viewed and read in their entirety HERE

The letters announce a change in the Apostolate’s organizational structure from that set up by Fr. Gruner. On top of that, disturbing accusations against their American co-workers in the letters have shocked and confused readers, who are asking, “What’s going on at the Fatima Center?”

As a long-time associate of Fr. Gruner and the FC, l have been asked if I could shed some light on these letters, which I received from a friend, and which were as much a surprise to me as to their recipients.

I cannot purport to answer the nebulous allegations themselves, nor what triggered their publication; I leave that to the “accused” to address. However, there are errors and inconsistencies in the letters themselves, to which it is possible to respond.

The Fatima Center is incorporated under the name “The National Committee for the National Pilgrim Virgin of Canada” (NPV). Let’s first consider its letter of August 22nd, signed by mere managers and some Board Directors (incredibly, at least one other Director, Coralie Graham, was kept in the dark about it).

The NPV declares it is “necessary to sever [its] connection” with its sister corporation, Servants of Jesus and Mary (SJM), in Constable, New York, because it is this branch of the Apostolate that is allegedly going in a different direction than that established by Fr. Gruner.

SJM is supposedly “changing the mission of The Fatima Center” by trying to involve it in “several controversial issues within the Church.” Indeed, things are so bad that the FC feels it’s being “sidetracked or prevented from making the ENTIRE Fatima Message understood and followed by EVERYONE.” (The emphasis is theirs.)

Coming from an organization that excitedly praises a Cardinal (Raymond Burke) who is spreading a fake Fatima Message, this is effrontery at its finest.

But, the FC barrels ahead with the vague accusation that the SJM has also recently “begun to make arbitrary decisions that negatively affect the operational effectiveness of the apostolate and hinder us from carrying out our mission.”

Further, it has “pushed for The Fatima Center to change direction and become more radical in its orientation.” (What do they mean by “orientation”? The uncompromising Traditionalism of the old FC, or the conciliatory Conservative-traditionalism being embraced by the new?)

And so, “to preserve Father Gruner’s legacy and the integrity of The Fatima Center’s mission,” says the letter’s signatories, “we find it necessary to sever our connection with SJM.”

To keep the donations flowing, the FC has set up a new American branch, The Fatima Center USA Inc.

With absolutely no details, examples, or evidence provided of the SJM’s wrongdoings, these baseless allegations from the NPV/Fatima Center could certainly be construed as libelous.

And just how scurrilous the allegations are can be seen when one considers the history of SJM and its close working relationship with NPV.

Servants of Jesus and Mary was not set up by Fr. Gruner, nor as merely a mail clearing-house, as the letter from The Fatima Center paints it. Presumably to make the dismissal of SJM seem unimportant, the FC tries to downplay SJM’s importance, claiming it was not involved in the production of literature nor in any decision-making about its own work.

Servants of Jesus and Mary was founded by Fr. Michael Jarecki in the late 70’s as a spiritual organization promoting the message of Fatima. Some years later its members began helping out as volunteers in Fr. Gruner’s apostolate. Even later, under its original name, it began to facilitate the extension of Fr. Gruner’s work into the USA, and it also became involved in the production of literature for the Fatima Center. Both priests worked closely together, with Fr. Gruner being the President of both boards. All major decisions were made by both boards.

Returning to the FC letter, we note a puzzling signature: that of Andrew Cesanek, listed as Vice-President of the FC. But at the time he signed the letter, he was Vice-President of SJM, the same supposedly delinquent organization he was divorcing! How curious that he would tar himself with the same brush.

As to the FC’s claim that “Catholics of good will can disagree” on (undefined) “controversial issues,” it itself seems to display zero tolerance for those who disagree with it or raise uncomfortable topics. Bear in mind that the “new” Center is not focused on correcting errors, and is instead exhibiting a type of Catholic “ecumenism” (which I defined earlier), seeking unity with conservatives.

Could this be why not just the SJM, but the following three individuals “of good will” have also fallen afoul of the Fatima Center?

For instance, Fr. Paul Kramer, President of the SJM Board, had been invited to address the Fatima Conference in California in September, but was very recently dis-invited. Most people know Father is a world-renowned Fatima expert who was a friend and close collaborator of Fr. Gruner since they were seminarians. Father Kramer has been working on the subject of whether Francis is a true Pope, a topic that Fr. Gruner himself raised shortly before his death.

Louie Verrechio, another invited speaker, suffered the same fate shortly after posting my article critical of Cardinal Burke’s Fatima speech at the Rome Life Forum (after the article was turned down by Catholic Family News).

Coralie Graham, who worked side-by-side with Fr. Gruner for over three decades and was editor of The Fatima Crusader for more than a quarter century, was abruptly shown the door a short while ago. Of all Father’s staff, she was probably the closest in thinking to him. She has always insisted on truth and the Catholic duty of correcting error.

Now what is truly mind-boggling is that the letter terminating the Servants of Jesus and Mary was also signed by two managers of the FC. Since when do employees have the power to get rid of a Board of Directors, especially that of another corporation? These managers have certainly built up their own “team” in the letter.

The second letter, from the Advisory Council of Priests, indicates that even these priest advisers have been convinced that it is the managers who are singularly responsible for the apostolate. The priests imply the Fort Erie managers and staff are the only ones trained and trusted by Fr. Gruner to do his work, leading one to unjustly conclude that their American co-workers are not as “good and dedicated” as they.

Interestingly, although the Fatima Center lists five priests on its Advisory Council (as per its Winter 2017 Fatima Center News publication), only three of them signed the letter. Why did the other two not sign?

We await a response from Servants of Jesus and Mary to the letters sent out by The Fatima Center. The scandalous allegations and the questions they raise need to be addressed sooner rather than later, because people around the world are confused and perturbed by this lamentable split in Father Gruner’s apostolate.

Defending the Faith without compromise isn’t an option; it’s a duty and a privilege, and we need your support.