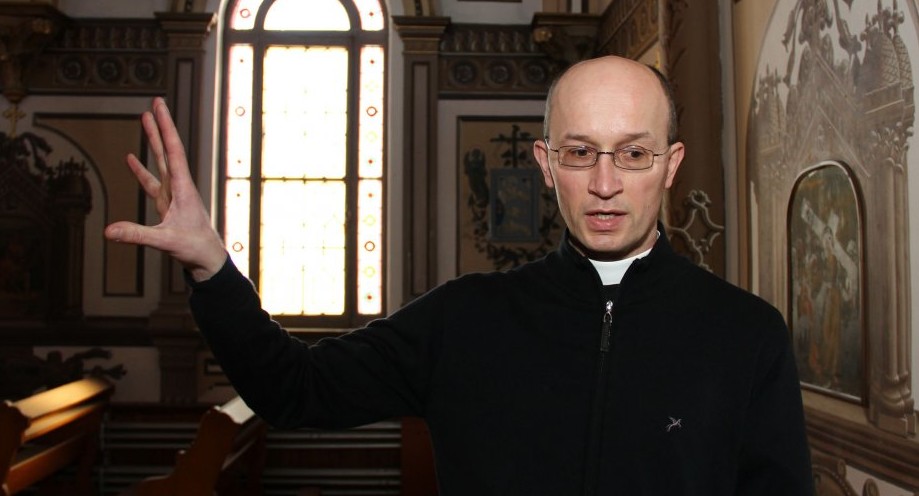 In a letter to the faithful dated 29 September, U.S. District Superior for the SSPX,  Fr. Jurgen Wegner, addressed the “Current Abuse Crisis” for the first time since “Uncle Ted” McCarrick was suspended, and more than a month after Archbishop Viganò published his first scathing testimony.

After opening with a greeting that mentions certain aspects of the crisis, two of the letter’s four remaining paragraphs are devoted to restating the Society’s policy with respect to “illicit and illegal behavior on the part of its clergy, religious, employees and volunteers,” while also confirming that it abides by the Church’s “prohibition on admitting men harboring same-sex or other unnatural sexual attractions to any of its seminaries.”

The letter concludes, as it should, with a paragraph urging the faithful to pray for the Church and for the Society; invoking in a special way Our Lady and St. Michael.

The most noteworthy part of the letter is found in the remaining paragraph, which, in addition to calling the faithful to “uphold the tenets of divine and natural law in our daily lives while working to re-spread the Gospel,” includes the following curious commentary:

I understand that in this time of confusion and crisis, there is a temptation to look for easy answers and a simple causal chain to explain away the corruption in the Church. Be careful. While we cannot discount the adverse effect the Second Vatican Council and its aftermath has had on the Mystical Body of Christ, I fear that the roots of the sexual-abuse crisis run much deeper.

How much deeper? Fr. Wegner doesn’t say, but what he does say strikes me as odd.

First of all, who in their right mind (that is, a mind well-formed in Catholic tradition) is confused about the present crisis? If indeed there are some among the ranks of the SSPX faithful who are confused, Fr. Wegner’s mysterious reference to the roots of the problem did little to remove their confusion.

Even so, the explanation for the present situation wherein scandal, corruption and immorality have been institutionalized, infiltrating as they have the hierarchy at every level, is rather simple: It all comes down to the abandonment of Truth; the answer, easy enough – a return to tradition.

While Our Lord’s words seem to be addressing the state of individual men first and foremost, surely He speaks also of their associations, and that would include the institution that Archbishop Lefebvre called the “counterfeit church;” the one that was founded at the Second Vatican Council.

The Council is precisely where the abandonment of faith and the mission that the Lord gave to His Church was institutionalized. This is where Christ the King was effectively dethroned, and where man was enthroned in His stead. And it is the conciliar hierarchy’s near-singular focus on human dignity, temporal concerns, and the pursuit of worldly acclaim at all costs that has allowed perverts like Ted McCarrick to ascend to positions of power among their ranks.

It all seems rather like a “causal chain” to me.

Fr. Wegner writes, “While we cannot discount the adverse effect the Second Vatican Council…” And yet, oddly, even if only inadvertently, this is exactly what his letter does.

Overall, the letter is a disappointment. In addition to placing an unanswered question in readers’ minds about “the roots of the sexual abuse crisis,” it’s tone doesn’t even come close to reflecting the gravity of the present situation; one in which a former Apostolic Nuncio has called for the resignation of the man that Fr. Wegner refers to as “Holy Father.”

Prior to the letter’s publication, many of the Society’s faithful seemed understandably troubled by the lack of a public response to the present situation on the part of SSPX leadership. Now that one has finally been issued, I dare say that their troubles have likely only increased.

In conclusion, one can be fairly certain that Fr. Wegner’s letter was written with Menzingen’s input, and was likely only published with the specific approval of the new Superior General, Fr. Davide Pagliarani. As such, I think it’s safe to assume that it reflects more than just the thinking of Society leadership in the U.S.

At this, I am reminded of General George Patton’s famous saying:

With regard to the blasphemous, heresy-ridden text of Amoris Laetitia and its effects on the world at large, as well as the state of Francis’ “so-called pontificate” (to quote Fr. Gruner), the Society has clearly chosen not to lead, but rather has been content to allow the faithful to wonder exactly where it stands. (See HERE )

Now, with regard to the “current abuse crisis” as addressed in Fr. Wegner’s letter, it seems that the Society is choosing to do likewise.

What ever happened to the call to conversion?