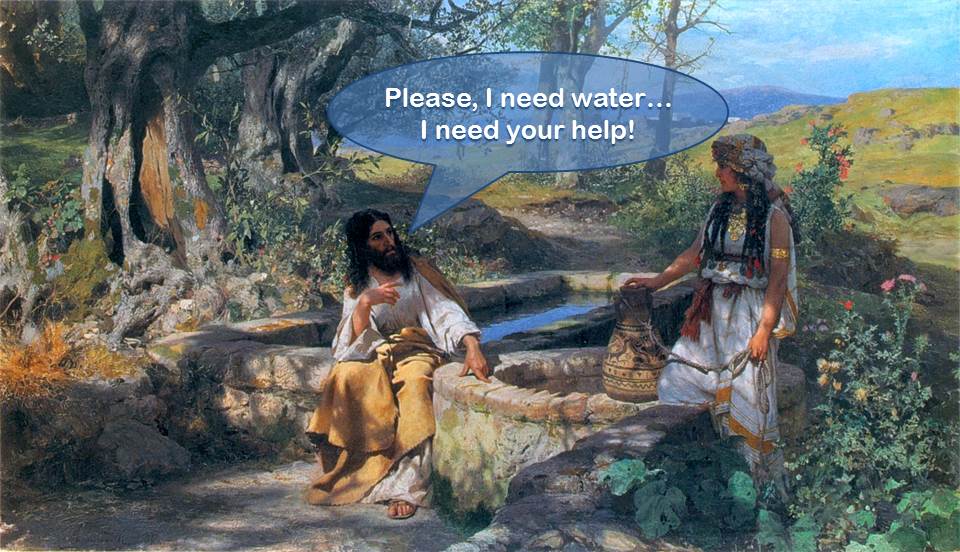 I recall those days, during my “conservative” adolescence, when it was shocking to hear Bishop Fellay, or a priest of the Society of St. Pius X, say, “Rome has lost the faith.”

Unaware of the entirely valid and utterly crucial distinction that is to be made between “Eternal Rome” and “Modernist Rome,” I wondered, how could this be true?

In any case, if ever one was compelled to question whether or not the predominant crop of men running the show in Rome today, objectively speaking, hold the Catholic faith, the Pontifical Council for Promoting Christian Unity has provided a crystal clear answer in the “resources” that it published for the so-called “Prayer for Christian Unity” for use “throughout the year 2015.”

The gist of the lengthy document – the creation of which was assigned primarily to a Brazilian ecumenical conference, the members of which represent the Roman Catholic Church, the Evangelical Church of Lutheran Confession, the Episcopal Anglican Church, and the Methodist Church – consists of reflections for use in ecumenical services that focus on the encounter of Jesus with the Samaritan woman at the well.

In sum, it weighs-in at some 13,000 words (hey, it takes some doing to undermine nearly 2,000 years of Tradition), but as a service to readers, I personally endured the agony of wading through the text in order to select a handful of nuggets that merit closer consideration. (For those of you looking for a mortification opportunity, not to worry, you’ll be tortured plenty enough here.)

While this is a document published by a Pontifical Council, let no one be confused:

This document and the claims that it makes are in no way out of step with the “official” mindset of “Modernist Rome,” (aka the Holy See in our day), up to and including that of the pope.

The introduction to the document poses the rhetorical question, “Who drinks of this water…”

In answer to this, the modernists suggest:

The encounter between Jesus and the Samaritan woman invites us to try water from a different well and also to offer a little of our own. In diversity, we enrich each other.

If we really take this nonsense to heart, we’d have to believe that the Holy Roman Catholic Church stands to be enriched by drinking from the well of Westboro Baptist Church of “God hates fags” fame.

The proposed study and meditation on this text [from the Gospel according to St. John] during the Week of Prayer is to help people and communities to realize the dialogical dimension of the project of Jesus, which we call the Kingdom of God.

The promoters of this nonsense speak as if the “Kingdom of God” is just some label invented by men who can’t seem to find any better way to describe the Lord’s work of salvation; when in truth the “Kingdom of Christ on earth is the Catholic Church.” (cf Quas Primas 12)

The document goes on to state elsewhere:

A common point in our faith, regardless of the church to which we belong, is that God is mystery beyond our comprehension. The search for Christian unity brings us to the recognition that no community has all the means to reach into the deep waters of the divine.

Obviously, those who currently dominate the halls of power in Rome no longer believe the immutable doctrine that identifies the Holy Catholic Church as that perfect society endowed by Christ with all that is necessary for fallen humankind to “reach into the deep waters of the divine.”

So why don’t they just go full bore and deny the Divinity of Christ?

Oh, yea, it looks like they did that too.

In the text of John 4, Jesus is a foreigner who arrives tired and thirsty. He needs help and asks for water. The woman is in her own land; the well belongs to her people, to her tradition. She owns the bucket and she is the one who has access to the water. But she is also thirsty. They meet and that encounter offers an unexpected opportunity for both of them.

Elsewhere in the text we find:

Jesus needed help. After a long walk, fatigue strikes … He needs water, he needs her help: everybody needs help!

Oh, yes… poor, helpless Jesus! If not for that Samaritan woman, proud owner of a bucket, He may have died of thirst on the spot!

I suppose it never occurred to these make-believe Catholics that the text of John 4 gives no indication whatsoever that Our Blessed Lord actually drank at that well, much less thanks to the benevolence of the Samaritan woman.

In fact, one of the “lessons” offered in this passage comes from the realization that the Samaritan “left her water jar” and ran off to tell the Good News of having found the Messiah, apparently without ever having filled it!

“Give me to drink” implies an ethical action that recognises the need for one another in living out the Church’s mission. It compels us to change our attitude, to commit ourselves to seek unity in the midst of our diversity, through our openness to a variety of forms of prayer and Christian spirituality.

Again it is confirmed; the “Rome” of today no longer believes that the Holy Catholic Church is “perfect in its nature and in its title, possessing in itself and by itself, through the will and loving kindness of its Founder, all needful provision for its maintenance and action.” (Pope Leo XIII, Immortale Dei)

Rather, to these men of little faith, the Catholic Church needs the heretics’ assistance in order to live out her mission; a mission that, in the minds of the apostates, has nothing to do with calling them to conversion:

Mission is not proselytism. Those who truly announce Jesus approach others in loving dialogue, open to mutual learning, and respecting difference. Our mission requires us to learn to drink from the living water without taking hold of the well. The well does not belong to us. Rather, we draw life from the well, the well of living water which is given by Christ.

As for the unambiguous teaching of the pre-conciliar popes affirming that the Holy Catholic Church is indeed the wellspring through which the divine life flows, the Kingdom of Christ on earth, and the one true religion, that was, according to the newly enlightened men in Rome, but little more than sheer competitiveness.

Thanks to the example set by Pope John Paul the Great Apologizer, the churchmen of today must now beg forgiveness for the triumphalistic attitude exhibited by those Roman Pontiffs past who didn’t know any better:

Gracious God – Often our churches are led to choose the logic of competition. Forgive our sin of presumption. We are weary from this need to be first.

With this being the case, it comes as no surprise that they have long since ceased to believe, as Pope Pius XI infallibly stated, “the union of Christians can only be promoted by promoting the return to the one true Church of Christ of those who are separated from it.”

As such, they busy themselves, at the expense of souls, searching for a false “unity” that is accessible via some as yet unidentified way, asking:

Let’s not beat around the bush here; this isn’t the Catholic faith, but a new one.

This new “faith” requires, of course, a new corresponding rite (as if the Novus Ordo alone isn’t novelty enough), and so the Pontifical Council proposes the following cringe-worthy, hyper-feminized pageantry as a means of symbolizing the weak, unsure, searching church that modern day Rome has come to embrace:

A path can be arranged with candles, flowers, colourful pieces of cloth… on the floor of the central aisle of the place of celebration, leading to the front of the assembly. In the center of the path, a large basin is placed and jugs of water nearby. These pitchers could be different from one another to represent the diversity of the assembly.

The celebrants may enter in procession along this path. Passing near the “well”, each representative of a participating church will slowly pour the water from a jug into the bowl. This water, from different sources, is a symbol of our unity, already present though incomplete and hidden from our eyes. This gesture should be introduced at the beginning of the celebration and may be commented upon in the preaching.

The path may be used in the preparation of the confession of sins. People come from different parts of the assembly on the way to express petitions for forgiveness.

Yes, you read that correctly; not only do these apostates encourage feel-good rituals that undermine the very cause they claim to promote, they also delight in making a mockery of the sacrament of confession.

From here, the “prayers” that are offered amount to nothing more than arrogant men dictating to God the terms of their new arrangement.

The wind of unity… the water of unity…

These meaningless phrases are a stellar example of what I call pseudosacral homopoetic prose; the flowery language of post-conciliar clerics no longer willing to act and speak like men, much less Apostles.

And why would they?

The evidence is in, folks, and the objective truth is they’re not even Catholic.

Viganò and Bux: A coordinated effort?