Home
Blog Post
Wake up: Francis despises you and Sarah’s not helping 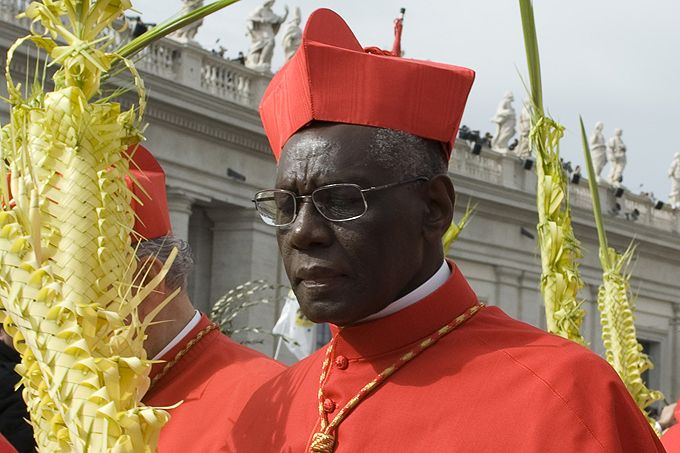 It’s enough to break one’s heart to witness children, all but orphaned save for the antics of an abusive father, so desperate for any sign of genuine paternal affection that they will celebrate even secondhand news that their papa allegedly shares some of their greatest concerns, and this in spite of numerous bitter experiences that indicate the exact opposite with stunning clarity.

This, my friends, describes rather well the reaction of so many tradition-loving Catholics (a redundancy, to be sure) to the message recently sent by Cardinal Robert Sarah, Prefect of the Congregation for Divine Worship and the Sacraments, to the Sacra Liturgia Conference 2015.

The Catholic blogosphere went all abuzz when it was reported that Cardinal Sarah’s message read in part:

When the Holy Father, Pope Francis, asked me to accept the ministry of Prefect of the Congregation for Divine Worship and Discipline of the Sacraments, I asked: ‘Your Holiness, how do you want me to exercise this ministry? What do you want me to do as Prefect of this Congregation?’ The Holy Father’s reply was clear. ‘I want you to continue to implement the liturgical reform of the Second Vatican Council,’ he said, ‘and I want you to continue the good work in the liturgy begun by Pope Benedict XVI.’

Forgive me for raining on the parade here, folks, but I see nothing especially compelling in these words.

While many traditionalists (aka Catholics) seem to be assuming that Pope Francis was referring to Summorum Pontificum, it’s anyone’s guess as to what he considers “the good work in the liturgy begun by Pope Benedict XVI.”

For all we know that’s a reference to the re-translation of the Roman Missal for the still-deficient Novus Ordo, or the so-called “Benedictine Arrangement;” that lipstick-on-a-pig job that includes the placement of six candles on the big table (otherwise known as an altar) along with a crucifix, allowing for the priest to pretend that he is facing the Lord even as he plays host to the people.

God only knows what Pope Francis really had in mind, but one thing all of us know with a high degree of certainty is precisely how he feels about Summorum Pontificum and the Traditional Latin Mass.

In his first of many blockbuster interviews (the one with Fr. Antonio Spadaro, S.J., and reprinted in America Magazine in September 2013), Pope Francis said in reference to Summorum Pontificum:

Then there are particular issues, like the liturgy according to the Vetus Ordo. I think the decision of Pope Benedict was prudent and motivated by the desire to help people who have this sensitivity. What is worrying, though, is the risk of the ideologization of the Vetus Ordo, its exploitation.”

For Pope Francis, you see, Summorum Pontificum wasn’t an act of justice that clarified the fact that the Traditional Mass had never been abrogated; affirming that the Mass of Ages remains sacred and venerable for all generations.

Rather, for him, it was simply a prudent way of dealing with the sensitivities of ideologues, and truly little more than an act of “patience and kindness to people who are addicted to a certain fashion.”

If nothing else, the injustices heaped upon the Franciscan Friars of the Immaculate, wherein their priests are “required” to celebrate the Novus Ordo while making it necessary for them to obtain “explicit authorization” to celebrate the ancient rite, plainly reveals the degree to which Pope Francis considers the binding force of Summorum Pontificum to be effectively nil.

How soon we forget.

As for Cardinal Sarah himself, this man is no liturgical knight in shining armor. He’s really more akin to an officer of the revolution; a man of the Council through and through.

I addressed Cardinal Sarah’s lack of traditional credibility back in March; the last time a good number of my tradition-loving friends went giddy over the man.

In the present case, a careful reading of his message to the Sacra Liturgia Conference will suffice.

Firstly, take note of the following:

I ask you to be wise, like the householder in St Matthew’s Gospel, who knows when to bring out of his treasure things both new and old (cf. Mtt: 13: 52), so that the Sacred Liturgy as it is celebrated and lived today may lose nothing of the estimable riches of the Church’s liturgical tradition, whilst always being open to legitimate development (cf. Sacrosanctum Concilium, 23).

Please tell me precisely what the treasures of the Novus Ordo Missae are?

The so-called “Prayer of the Faithful;” the new cycle of readings designed to compete with the protestant Bible services, or maybe the endless parade of females in the sanctuary?

According to the disoriented men in Rome today, of which Cardinal Sarah is a card carrying member (in spite of any style points he may deserve for occasionally celebrating the Mass of Ages), the new rite, concocted by a bunch of experts sitting around a conference table behind closed doors (to say nothing of the valuable input of protestants), is an example of “legitimate development.”

More noteworthy still is the way in which Cardinal Sarah sets about defining the sacred liturgy in his message, as missing therein is any mention whatsoever of the true nature of Holy Mass; namely, the true and propitiatory Sacrifice of Christ wherein He is immolated in an unbloody manner, and offered to the Father as the one and same sacred Victim offered on the Cross, unto the forgiveness of sin, for the benefit of both the living and the dead.

Consider the words of Cardinal Sarah:

We must do everything we can to put the sacred liturgy back at the very heart of the relationship between God and man, recognizing the primacy of Almighty God in this privileged and unique forum in which we, individually and ecclesially, encounter God at work in our world…

The Catholic liturgy … is the worship of Almighty God, the place where mankind encounters God alive and at work in His Church today.

Is the liturgy a unique encounter with God?

Certainly, but let’s be perfectly clear; when the propitiatory, sacrificial nature of Holy Mass goes unmentioned, one is invited to imagine, as the protestants do, that the worshiping community in some way facilitates that encounter as “two or more are gathered in the Lord’s name.”

If you think I’m simply splitting hairs here, consider the following small sampling of quotes derived from a simple internet search for the way in which the heretical communities describe their own worship services:

“Worship provides an opportunity to encounter God in all his fullness firsthand.” – One Mission Society, a partnership of more than 180 protestant organizations and denominations

“Join us on Sundays as we encounter God in worship together.” – Seacoast Community Church, member Evangelical Free Church of America

“Church services are an opportunity to gather together and encounter God.” – Encountering God Together by David G. Peterson, Author and ordained minister of the Anglican Church of Australia

“Worship is an encounter with God, who saves us through the life, death and resurrection of Jesus Christ.” – Evangelical Lutheran Church in America

“At Jesus Culture we are adamant about a generation encountering God’s love in worship.” – Pastor Dean Deguara of Jesus Culture, a global protestant movement

Not one of the heretic organizations cited above would find Cardinal Sarah’s description of Holy Mass in the least bit objectionable.

No surprise here, I suppose, given the fact that this, after all, was the supreme goal of the Council of which Cardinal Sarah said in his message to Sacra Liturgia:

At this, I trust the point has been made:

Pope Francis is in no way a supporter of Summorum Pontificum; he deplores the Traditional Mass and those who love it, and the man that he appointed Prefect of the Congregation for Divine Worship and Discipline of the Sacraments, Cardinal Sarah, is not going to be our ally.

Yes, wake up calls can be a bitch, I know… but we’re far better off dwelling in a harsh reality than resting in a hopeful fantasy.