Home
Blog Post
Cardinal Sarah interview nothing to cheer about 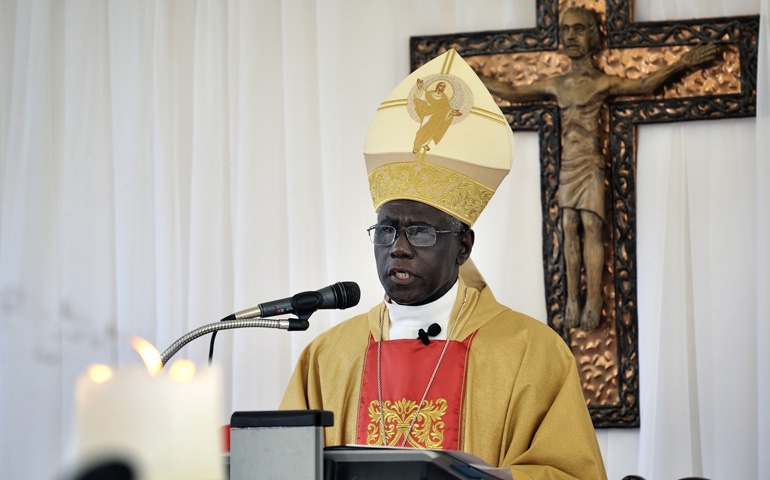 Our friends at Rorate Caeli recently posted an English translation of excerpts from an interview conducted in French by the online paper Aleteia with Cardinal Robert Sarah, the Prefect of the Congregation for Divine Worship.

The title to the post alone reflects the excitement with which His Eminence’s comments are being welcomed by many traditionalists (aka Catholics):

Cardinal Sarah: “Vatican II never asked for the abrogation of the Mass of St. Pius V!”

Forgive me for raining on the parade, but this interview is rife with signs of trouble.

First, let’s take a closer look at the money quote:

The Second Vatican Council never asked for the rejection of the past and the abandonment of the Mass of Saint Pius V that formed so many saints, not even to leave Latin behind. But it is necessary at the same time to promote the liturgical reform willed by the Council itself.

What is evident here is precisely the sort of mindset that will ensure that the crisis in the Church, liturgical and otherwise, continues.

While His Eminence might celebrate the occasional traditional Mass, and might even be rumored to have donned the Cappa Magna, don’t be fooled; he is a “company man” who obviously feels compelled to extol the virtues of Vatican II, speaking of the Council as if it must, at all costs, be held entirely harmless.

This, however, is a fallacy. (There is, after all, a reason why the vaunted “hermeneutic of continuity” failed as miserably as it did even with its author at the helm for more than seven years after it was first proposed.)

Cardinal Sarah is not entirely correct when he states that the Council never asked for the Mass of St. Pius V to be “rejected” or “abandoned.”

Of course the Council Fathers never expressed such open hostility for the ancient rite (the Evil One is way too clever to have allowed that), but let’s not be naïve:

What the Council most certainly did intend was the wholesale replacement of the traditional Mass with a “reformed” version of the same.

In other words, the Novus Ordo was always meant to effectively render the traditional Mass extinct, even apart from a formal decree of abrogation.

The only reason this didn’t happen is that the Holy Ghost had other plans; plans that were carried out most notably and heroically by Archbishop Marcel Lefebvre.

Cardinal Sarah is just plain wrong when he says that “it is necessary at the same time to promote the liturgical reform willed by the Council itself.”

The reform willed by the Council isn’t the solution; it’s the problem.

It is a reform inspired in large measure by the liturgical movement associated with the once-condemned ecumenist Dom Lambert Beauduin.

Specifically, the Constitution on the Sacred Liturgy echoes the Beauduin inspired reformers’ desire for an ecumenically sensitive rite (SC 1), a rite “easily understood” by the faithful (SC 21), and a rite that can be leveraged to promote social action, often via the “Prayer of the Faithful” (cf SC 53).

The reform desired by the Council is, in other words, poisonous, and based upon his description of the liturgy, it would appear that Cardinal Sarah himself has ingested no small amount of it.

The liturgy is the place granted [to us] to meet God face to face, rendering Him all our life, our work; and make of all of this an offering to his glory. We cannot celebrate the liturgy by arming ourselves: by putting on our backs the weaponry of hatred, of struggle, of rancor.

While there is much in this treatment to embrace, any time a member of the College of Cardinals waxes eloquent about the nature of Holy Mass and curiously somehow fails to mention the plain truth that it is first and foremost the propitiatory Sacrifice of Jesus Christ offered in atonement for sins, red flags go up.

Consider if you will just how much is at stake.

A protestant who holds fast to a heretical understanding of the Mass would have no problem whatsoever with Cardinal Sarah’s description of the sacred rite. Come to think of it, that same protestant would have no difficulty worshipping at the new Mass!

And what is the common thread that connects both Cardinal Sarah’s description of the liturgy and the Novus Ordo Missae?

Each has been duly infected with the Council’s ideas.

There is an additional red flag to be discerned in the Cardinal’s comments relative to Summorum Pontificum:

Yes, [fostering liturgical harmony] is the meaning of the motu proprio, Summorum Pontificum. Benedict XVI spent considerable energy and hope in this undertaking. Alas, he did not succeed completely, because ones and others have “clutched” to their rite by excluding themselves mutually. In the Church, each one must be able to celebrate according to his sensibility…

First of all, the idea that “each one must be able to celebrate according to his sensibility,” as if liturgical styles should be as abundant as flavors at Baskin Robbins, is utter nonsense.

What if one’s “sensibility” is infected with confusion, ignorance or heresy?

No one has a right to a rite that suits their fancy.

In Catholic thought, by contrast:

The Church has the duty to preserve the sacred rites from any and all corruption, and the faithful, for their part, have the duty to conform themselves to the sacred rites, confident that when they do so, they are being imbued with that which is thoroughly nourishing for the soul.

Unfortunately, that ship sailed thanks once again to the Second Vatican Council and the Novus Ordo Missae that followed. Today, even the Cardinal Prefect of the Congregation for Divine Worship insists that the sacred rites should reflect the sensibilities of “each one.”

Could anything coming from a man in his position be any more dangerous?

Furthermore, Cardinal Sarah is clearly castigating those of us who “clutch exclusively” to the traditional rite in the knowledge that the Novus Ordo is deficient in and of itself since it promotes a protestant understanding of the liturgy itself, among other things.

With all of this said, perhaps you will forgive me for withholding my applause.