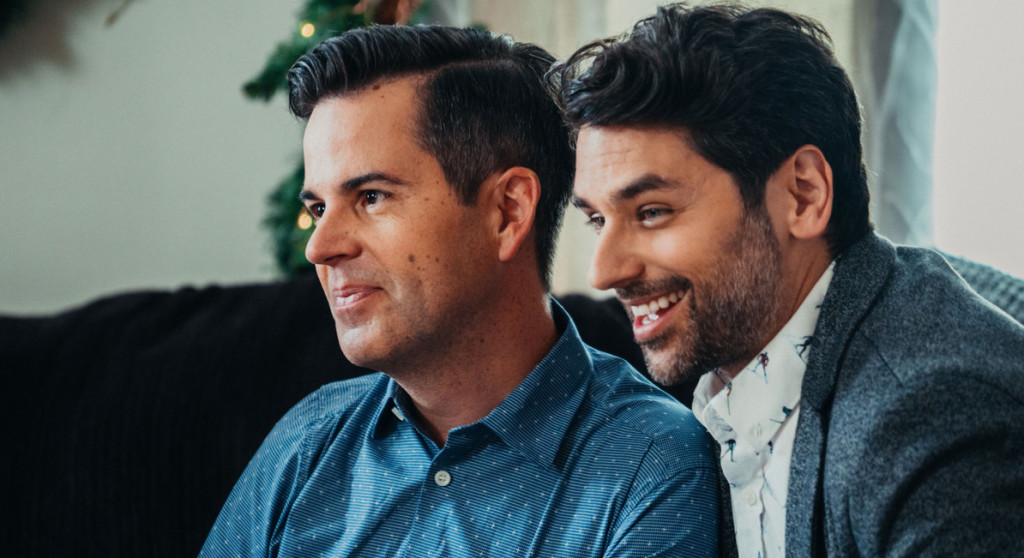 Hey, Catholics! Lifetime and the Homosexual Collective Just Sent you a Message. Did you Get It?

Last week, as the founder and executive director of the U.S. Coalition for Life, I began sending out an email/National Alert titled “The ‘Kiss’ that Launched a Million Complaints: LIFETIME ‘Christmas’ Movie Promotes Homosexuality.”

Following is an abbreviated copy of the initial mailing:

Dear Friends of God, Family and Life – The forces of organized perversion never sleep. Neither should you when it comes to the interests of God, country and family.

Lifetime is an American based TV channel that goes into 93.8 million homes. It is part of Lifetime Entertainment Services, a subsidiary of A&E Networks (jointly owned by Hearst Communications and the Walt Disney Company).

LIFETIME bills itself as family friendly, but it appears that it has taken a dangerous moral detour this Christmas season. It’s time to stop it dead in its tracks.

Lifetime is currently running a “Christmas” movie special, Twinkle all the Way.

This “Christmas” movie features an obviously “swish” character (brother of the lead male actor) who is later joined by an amorous male partner. At the end of the movie , both men kiss flush on the mouth with the cast looking on approvingly. Thus, the last kiss in the movie is not between the two sweethearts but between two sodomites.

How many more homosexual/lesbian scenarios Lifetime has in the can we do not know, but you can bet that if they don’t get any protests from the public this is just the beginning of an all-out assault on Christian morals and the family on the Lifetime channel. Further, Hallmark and other “family” channels are certainly looking to see if Lifetime gets away with this “Christmas” blasphemy.

P.S. – For the record, in homosexual lexicon, the young, underage partner in man/boy sex is called a “twinkie.”

– Pick up the phone and call Lifetime Entertainment Services at 1-212- 424 – 7000. Phone lines are open 9 am to 5 pm weekdays. Ask that your call be put through to the Company CEO. You can also leave a phone message. Write out what you are going to say and be specific; the LIFETIME movie is Twinkle all the Way.

In your letter to the CEO, insist that Lifetime immediately pull Twinkle all the Way from its “Christmas” repertoire and make a public apology to all Christians for this blatant attempt to further the Homosexual Collective’s agenda by linking sodomy to the birth of Christ in “Twinkle all the Way.”

Together, we can put Christ back in Christmas and put Lifetime out of business!

Twinkle all the Way aired for the first time on the evening of November 27, 2019 at 10:03 pm, and again on November 28, at 2:04 am. The movie script was written by Brian Herzlinger and Megan Henry Herzlinger, with the former also directing the production.

Three days later, on November 30, 2019, the American news website The Daily Beast featured an article by Tim Teeman, “The Gay Kiss in ‘Twinkle all the Way’ Could Herald a Lifetime Christmas Movie Revolution.”

As it happens, Mr. Teeman inadvertently performed a great service to pro-family/pro-life forces by interviewing actor and self-professed sodomite, Brian Sills, who plays the role of Lex Harrison, a swish homosexual in Lifetime’s Twinkle All the Way. For without Mr. Sill’s extensive commentary on the movie, we might never have known about Lifetime’s real intensions in releasing this “Christmas” movie to a largely unsuspecting audience.

By way of introduction, Teeman notes that the movie revolves around a heterosexual (aka normal) love affair where the main characters run into the normal problems of merging into a blended family.  In the movie, Lex Harrison, brother to the lead male, is openly  “married” to another man named Danny, so there is no attempt to disguise their relationship even from the beginning.

Lesley Ann Warren, famous for her role in “Cinderella,” is the matriarch of the family who lovingly embraces both her sons’ relationships, heterosexual and homosexual. The forlorn lovers are played by Sarah Drew who plays Cadence Clark, a young divorcee, and Ryan McPartlin, who plays Henry Harrison, a widower.

Teeman states that the “next step, surely, is for Lifetime and Hallmark to make a L (Lesbian),G (Gay), B (Bisexual), T (Transgender) and Q (Queer) relationship the focus of one of these films. According to Teeman, “The film’s message of equality is both implicit and explicit – and , as much as this most apolitical of genres can countenance, emphatic.”

To his credit, writer Teeman does acknowledged that he is friends with Sills whom he was interviewing.

Two Different Takes on the “Kiss”

For his part, Sills stated that there were two takes of the “kiss.” In one version of the end kissing scene, just actors McPartlin and Drew kiss. In another version, the two adult men kiss. He said he wasn’t sure which kissing scene the Lifetime producers would use and was “thrilled to see the final cut” that featured the two “married” homosexuals. So, thanks to Sills we know that Lifetime chose the homosexual kiss to end the story over a normal romantic ending between a woman and a man.

This is an important point since repeats of the movie are scheduled for December 8 at 2:00 pm – the Feast of the Immaculate Conception of the Blessed Virgin Mary – and December 9 at 8:00 pm, and, given enough viewer flack, Lifetime may substitute the version with the reconciled couple kissing.

Sills admits that he was surprised by the power of Christmas movies to influence public opinion in favor of homosexual relationships. He said that both viewers and friends were “thrilled” to see homosexual partners portrayed in a favorable light. He said that the studio “could have fleshed our relationship a bit more, but in terms of this is Lifetime dipping their toe in the pool a little bit and seeing how they can advance the representation of LGBTQ relationships and families, this is a lovely start and I hope it’s only just the beginning.”

Sills, who “married” his “husband,” Chad, on October 28, 2019, said his own family has been very welcoming with regard to his recent “marriage.”

“We’ve been overwhelmed  by the outpouring of love, and the pride everyone feels, how openly everyone has been sharing news of our marriage to friends and co-workers,” he said.

Sills continued, “Watching Twinkle all the Way, and the position of Lex and Danny within the Harrison household, makes me think of my own family and how lucky I am to be so loved, and my relationship to be so loved and respected.”

In his concluding remarks, Sills said that he was quite overwhelmed by the feelings that the movie has engendered in him. He noted that while “the Stonewall riots’ moments in our lives are so important, but so are these quiet moments of progress and evolution.”

“Just to think that this little Christmas movie could have any kind of impact on a young person, or change a perspective within a family – what else could one ask for? Its deeply moving and gratifying,” he concluded.

Lifetime is Sending Their Viewers a Message

Hey! You Catholics out there – Do you get the message that Lifetime is sending out to its viewers?

Sills and his interviewer, Tim Teeman, certainly got the message loud and clear – Sodomy is Good!

Perhaps it’s time to remind Catholics of the policy of PUNISHMENT POLITICS that was popularized by the late New York Cardinal Patrick J. Hayes, the “Cardinal of Charity,” and the bane of the Anti-Life Establishment.

There are more than 66 million Catholics in the United States. Correctly inspired and educated they could inflict punishment politics in every area of life where the purveyors of organized perversion are active – which clearly is everywhere including Lifetime Entertainment Services.

The film Twinkle all the Way should never again see the light of day. Money both talks and walks.

Please take another look at the Action Plan of the U.S. Coalition for Life, then file your complaint, and boycott Lifetime television forever as a warning to Hallmark and other film companies that are waiting to see if viewers accept, or reject, this pro-homosexual movie.