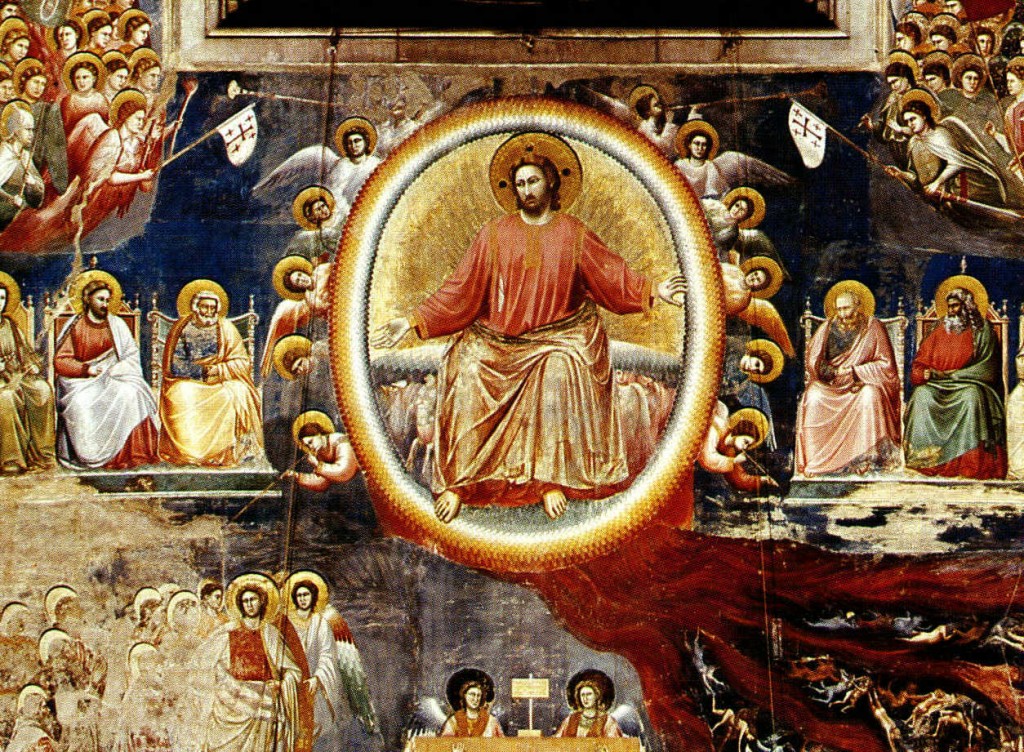 How often we hear Conciliarized Catholics speak of “triumphalism” as if it refers to some sort of dreadful disease that must, at all costs, be purged from the Body of Christ lest it spread and, God forbid, the Church in our day come to resemble the Holy Catholic Church as the Roman Pontiffs presented her to the world for so many centuries, without apology, prior to the papacy of Pope John XXIII.

Before we continue, I should probably explain what I mean by “Conciliarized Catholics,” a phrase being coined in the present moment right here in this very space.

Unlike the categories described in my recent post on the Ideological-Theological Spectrum of Self-Identified Catholics, the Conciliarized Catholic covers everything left of “traditionalist.” Biology majors may wish to think of it this way:

All of the species under the genus “Conciliarized” have to large extent adopted an ecclesiology based upon the implicit assumption that the Church and her mission is only properly understood within the confines of Vatican Council II, as if the nearly 2,000 years of tradition and magisterium that preceded it have been made, unlike the old covenant (silly St. Paul!), obsolete. (See the Epistle to the Hebrews.)

With that clarification out of the way, let’s turn our attention back to “triumphalism.” According to Webster’s Dictionary:

Triumphalism: an attitude or feeling of victory or superiority… the attitude that one religious creed is superior to all others

So, to be clear, the “triumphalism” that Conciliarized Catholics reject out of hand refers to the audacious proposition that the Holy Roman Catholic Church, the one established by Christ the King, is superior to all other religions.

And why do they reject this?

I can find no better explanation than the one provided by my friend and brother in the Lord, Deacon Keith Fournier, Editor of Catholic Online, who recently penned a response to a letter-writing reader (who for the record is not me) in a post entitled, Comfortable in our Catholic Skin: Reject Triumphalism, Embrace the Call to Christian Unity:

If the fullness of truth subsists in the Catholic Church, that should not make us haughty, but humble! There is no room for triumphalism, rather the divisions among Christians should break our hearts and call us to our knees.

Just as the title to Deacon Fournier’s post suggests, the conciliarized mind imagines an insurmountable dichotomy between what they consider the duty to “work toward authentic Christian unity,” and the suggestion that the Catholic Church is superior to all other religions, in particular, protestantism.

In other words, they sincerely believe that if we understand and represent the Catholic Church in such triumphalistic terms, we will simply fortify the barriers that separate Catholics from other Christian communities, and the “authentic unity” we seek will never be realized.

I begin by affirming that I fully embrace the Catholic teaching that the fullness of truth is found within the Catholic Church. Because of that I also carry an immense burden to see the Prayer of Jesus in John 17 answered. There is a vital connection between the two affirmations.

Into a world that is fractured, divided, wounded, filled with sides and camps at enmity with one another, the Catholic Church is called to proclaim, by both word and deed, the unifying love of a living God. Of all Christians, Catholics have the highest obligation to work toward authentic Christian unity. There is an adage in the Gospels which has an important application in this arena, “To those to whom much is given, much more will be required” (Luke 12:48).

To those whose ecumenical fervor is based, and voluntarily so, almost exclusively on the approach taken by Vatican Council II (which inexplicably includes every pope who has reigned ever since), Deacon Fournier’s explanation likely makes perfect sense.

After all, Unitatis Redintegratio, the Decree on Ecumenism of Vatican II, speaks of a “longing for unity,” a “movement toward unity” and the desire for a “restoration of unity.” Furthermore, it speaks of “progress toward unity,” and tells us that the “attainment of union is the concern of the whole Church.”

In other words, by narrowly focusing on the text of Vatican II to the exclusion of all that predates it, one is naturally led to embrace the false notion that the Catholic Church has yet to attain the unity that Christ wills for His Church.

That the conciliarized mind can be so mired in confusion is understandable given the Council’s suggestion that Catholics must concern themselves with attaining “toward that full and perfect unity which God in His kindness wills.”

The problem with the Council’s manner of speaking in this decree is that it obscures the reality that the Catholic Church already possesses in herself, as a perfect society, the fullness of Christian unity, at least as the Church has always – at least prior to the 1960’s – understood “unity.”

In the ambiguous style that is all-too-typical of Vatican II, the authors of Unitatis Redintegratio are content to simply flirt with this immutable truth by stating, “We believe that this unity subsists in the Catholic Church as something she can never lose, and we hope that it will continue to increase until the end of time.” (UR 4)

Setting aside for the present discussion the Council’s diffident refusal to plainly state the objective truth that unity exists in the Catholic Church, the idea that we hope for this unity to in some way increase is utterly ludicrous; an apparent offshoot of the heretical Teilhardian notion that as the universe evolves toward the so-called “Omega point,” so too does Christ attain to His own fullness.

What we are examining here is an excellent example of one of the hallmarks of the modernist strategy; namely, employing words and phrases that sound very much like the language of the true faith, while surreptitiously recasting them to mean something entirely different.

The “method of propagandism” of which I speak was well-described by Pope St. Pius X in his all-but-forgotten yet masterful encyclical, Pascendi Dominici Gregis, as “perverting the meaning and force of things and words.”

It is a deception so entirely subtle that even well-read and sincere Christians are prone to falling prey. To be very clear, I am not accusing Deacon Fournier of employing the obfuscation tactics of the modernists in this matter; rather, I am suggesting that he, like so many others, has unwittingly become their victim.

“Unity,” as traditionally understood is not a quasi-numeric concept toward which the Church aspires like a rancher who is ten steer shy of a complete herd out on a roundup. The Council, however, employs the word in just such a way, as if to give the preposterous impression that the Church, from the day of Pentecost onward, was ever but one heretic away from losing its precious “unity.”

In truth, the unity that the Church has ever possessed in all perfection is such that it can never be lost, nor can it increase, and its relationship to ecumenism, properly practiced, was elucidated by Pope Pius XI in his 1928 Encyclical (also practically forgotten), Mortalium Animos, as follows:

“Unity can only arise from one teaching authority, one law of belief, one Christian Faith … There is but one way in which the unity of Christians may be fostered, and that is by fostering the return to the one true Church of Christ of those who are separated from it.”

In other words, unity is not something the Catholic Church seeks as some as yet unrealized goal; rather, it is something she already possesses by virtue of who she is, the one true Church of Christ to whom He has granted singular authority, one law and one faith.

As for the way in which this unity may be realized by those Christians who imagine, for whatever reason, that they are justified in setting themselves above the one teaching authority, one law and one faith that Christ provides through the Holy Catholic Church alone, the answer is simple:

If they desire it, they must return; i.e., they must convert to the Catholic faith, otherwise, they – not the Church, but these individual heretics – will never possess the unity that Christ wills that all should have.

That kind of straightforward talk, shocking as it may be to ecumenically hypersensitive ears, is ultimately charitable.

Think about it: If we fail to make known to the world that the Catholic Church is entirely and exclusively superior to all other religions, why would anyone dwelling outside of her ever feel compelled to enter?

That kind of talk, once spoken by the popes, is also undeniably triumphalistic in that it is based upon the unshakeable conviction that Christ the King, He to Whom all authority in heaven and on earth belongs, and Whose victory over evil, darkness and confusion is unquestioned, established but one Church, the Holy Roman Catholic Church.

As Catholics, we need be neither timid nor ashamed to proclaim it.

No, triumphalism isn’t some dreadful disease to be purged, and there is plenty of room for it in the Catholic Church, in fact, it is inextricably part of her mission, because simply put, it’s the truth.

Michael Voris sees the light? Not so fast…

Will the SSPX be still more wonderfully restored?