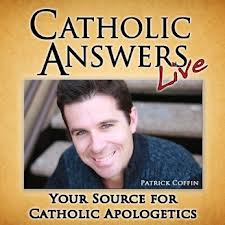 Apparently, Catholic Answers is in the throes of a major financial crisis. According to an email sent out to supporters by Senior Apologist, Jimmy Akin, even after severe cuts in staff and compensation, the organization (which had total revenues of $5,527,846 for fiscal year ending July 2011) is still $300,000 in the red.

While much of their work, such as that done by Jimmy Akin, is laudable; e.g., confronting popular protestant heresies with reference to Sacred Scripture and the Church Fathers, Catholic Answers isn’t the answer to the crisis besetting the Church in our day, in fact, I’d say it’s a contributor.

Over the last four months, the group has devoted four hours of prime airtime on its radio program, “Catholic Answers Live” to attacking so-called “radical traditionalists;” otherwise known as those navel gazing retrogrades who love the traditional liturgy and embrace every jot and tittle of the doctrine of the faith as it was so clearly presented for our belief by the popes who reigned prior to the widespread confusion that has come to define much of the last fifty years. (The first two hours of which have been addressed very well by Christopher Ferrara in the Remnant.)

So, with St. Paul’s warning to the Galatians about a little leaven leavening the whole lump (Gal. 5:9) in mind, I’m prepared to live in a world without Catholic Answers.

That said, Catholic Answers, like any individual, can repent of their current position, which seems to be based on the foolish, albeit widespread, proposition that the text of Vatican Council II is somehow binding in and of itself to the near exclusion of that which preceded it. I hope they do, at which point I will gladly lend them my own support.

In any event, I have a fund raising suggestion for Catholic Answers:

Invite Christopher Ferrara to engage in a conversation / debate about traditionalism with Patrick Coffin and Tim Staples, hosts of “Catholic Answers Live,” webcast the program on a Pay-per-View platform, and charge a fee of $5 per viewer. Now, I can’t speak for Mr. Ferrara, but I am fairly certain he’d oblige, and I can tell you without any question whatsoever that my five bucks will be tossed into the hat.

Spreading the Fatima Message: It’s time for a reorientation