Home
Blog Post
The State’s Authority over the Church: Since when? 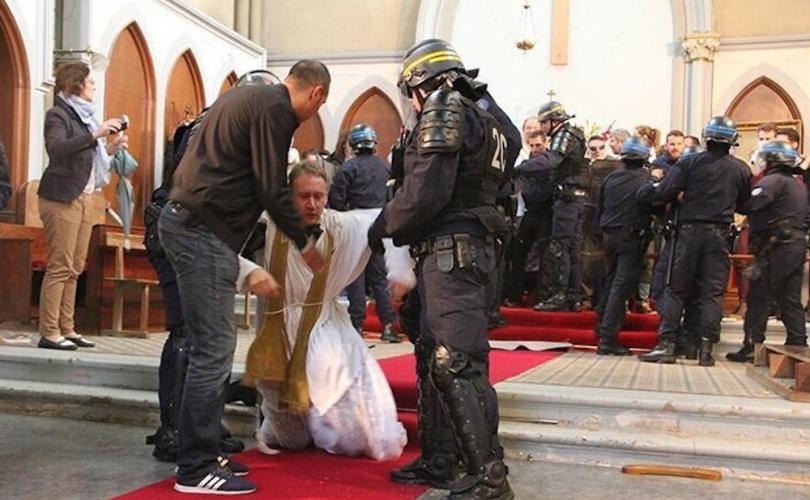 Over the past month, I’ve posted several articles in defense of the Sovereign Rights of Christ the King, in particular as reflected in the eminent freedom of His Church from the dictates of civil rulers in matters pertaining to her mission. This post will be far briefer.

During a recent press conference (via video, of course), Italian Prime Minister Giuseppe Conte commented on his decision to continue his nation’s ban on public Mass, saying:

For weeks the Church has been trying to convince the government to allow the celebration of the Holy Mass, but for scientists it is still too risky.

This one sentence represents what certainly appears to be the mindset of most self-identified Catholics today – the government is in control of such matters, and so the most any churchman can do is try his best to influence the civil authority’s decisions.

This realization is causing many Catholics the world over to ask, Since when does the State have the authority to dictate terms to the Church?

Though typically uttered in a rhetorical sense, there is a definitive answer. Here, I will provide it; along the way, we’ll also discover both where and how.

How: The Second Vatican Council’s Declaration on Religious Freedom

But wait! That document is all about demanding the very religious freedom we’ve lost!

This right of the human person to religious freedom is to be recognized in the constitutional law whereby society is governed and thus it is to become a civil right … Therefore, the right to religious freedom has its foundation not in the subjective disposition of the person, but in his very nature. In consequence, the right to this immunity continues to exist even in those who do not live up to their obligation of seeking the truth and adhering to it and the exercise of this right is not to be impeded, provided that just public order be observed. (DH 2)

Pay close attention to what you just read, first, by making note of who is being addressed:

The Council is speaking directly to the State; that is, to the civil authorities that govern. The Declaration continues by making it perfectly clear to the State that the right to religious freedom most certainly can be impeded when doing so preserves just public order.

And who exactly is empowered to decide how best to preserve just pubic order? If you answered, “the State,” you are correct.

More could certainly be said about the conciliar text, but in the interest of keeping it simple, we’ll stop here.

CONCLUSION: If you, like so many other Catholics throughout the world, have been wondering, Since when does the State have the authority to dictate terms to the Church? please allow me to clarify:

The State never has, and never will, have authority over the Holy Roman Catholic Church. The conciliar church, by contrast, granted to the State the right to impede it from carrying out its activities in the name of public order.

Today, we are simply witnessing the results of that act.

If there was ever any question in your mind as to whether or not the institution presently operating in Rome under the direction of Jorge Bergoglio – the same that gave us the Second Vatican Council, the Novus Ordo, and an avalanche of erroneous proclamations since – is the Holy Roman Catholic Church, hopefully recent bitter experiences, by the grace of God, have served to open your eyes.