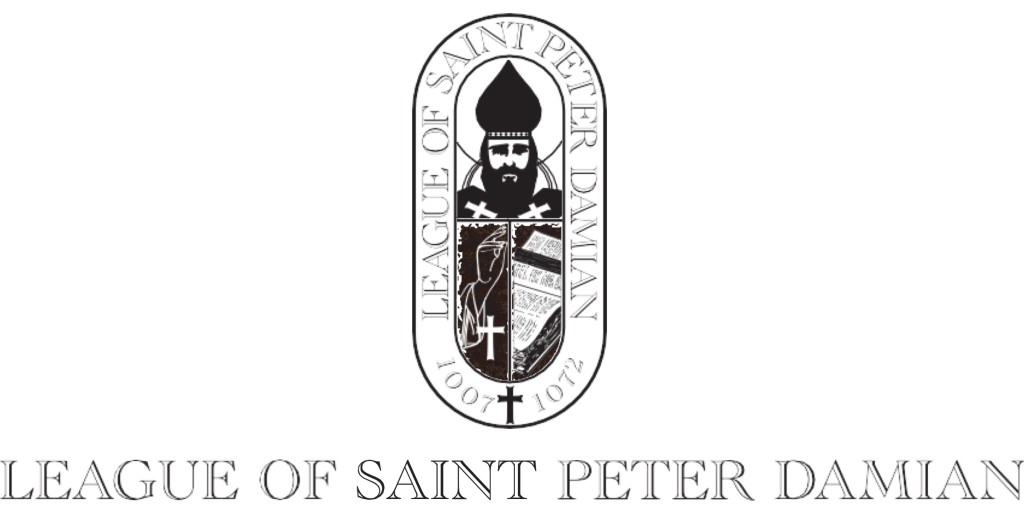 February 23 is the feast day on the Old Calendar of Saint Peter Damian, a Doctor of the Church and the author of the Book of Gomorrah (Letter 31).

On this great feast day, we formally announced the formation of the Catholic League of Saint Peter Damian. Given the February 21-24th Vatican meeting on clerical sexual abuse, this effort is exceptionally timely.

Because time is of the essence, the League of Saint Peter Damian is being initially organized as a special project of the U.S. Coalition for Life. If all goes well, next year, we hope to establish the League as an independent Catholic apostolate dedicated to increasing devotion to this great but little-known medieval saint and to making his writings, especially his treatise, Book of Gomorrah, better known to Catholics around the world.

Written in 1049 AD, the Book of Gomorrah work contains the most extensive treatment and condemnation ever written by any Church Father on clerical pederasty and homosexual practices.

In addition, the League seeks to ignite a universal campaign of spiritual warfare against the Forces of Organized Perversion which threaten our Faith, Family and Country – evils which can only be extinguished by prayer and fasting in the traditional Catholic manner.

Membership in the League, which by nature is now informal, is open to all Catholics – lay, clerical, and religious, over the age of 18. (See the Provisional Membership form below).

Hierarchial support for the League is especially welcome.

There is no monetary fee associated with membership at this time as the League of Saint Peter Damian, at least in these early stages of formation, is a computer-based ministry.

There is, however, a spiritual price tag associated with this early membership in the form of  traditional Catholic devotions including the Rosary, the Fatima prayers, and the use of Sacramentals, most especially the Brown Scapular of Our Lady of Mount Carmel, in accordance with one’s circumstances and state of life.

Almost 1000 years ago, Saint Peter Damian with the support of Pope St. Leo IX waged a successful war against clerical sodomy and pederasty. Today, his Book of Gomorrah provides a blueprint for action by the Catholic Church against these same evils. This is only one of many reasons Saint Peter Damian is the ideal patron and model for our League.

As a [Provisional] member of the League you will receive monthly emails containing information and readings on the life, spirituality and writings of Saint Peter Damian. These will begin on March 23, 2019 and continue throughout the year. We hope you will share these email communications with your pastor, your bishop, relatives and friends.

To join the League of Saint Peter Damian, please CLICK HERE for the provisional membership form, enter your information, and return the application BY POST/MAIL to:

This will enable us to verify the mailing address on your application. My special appreciation to Canadian artist Peter Graziano who designed our logo.