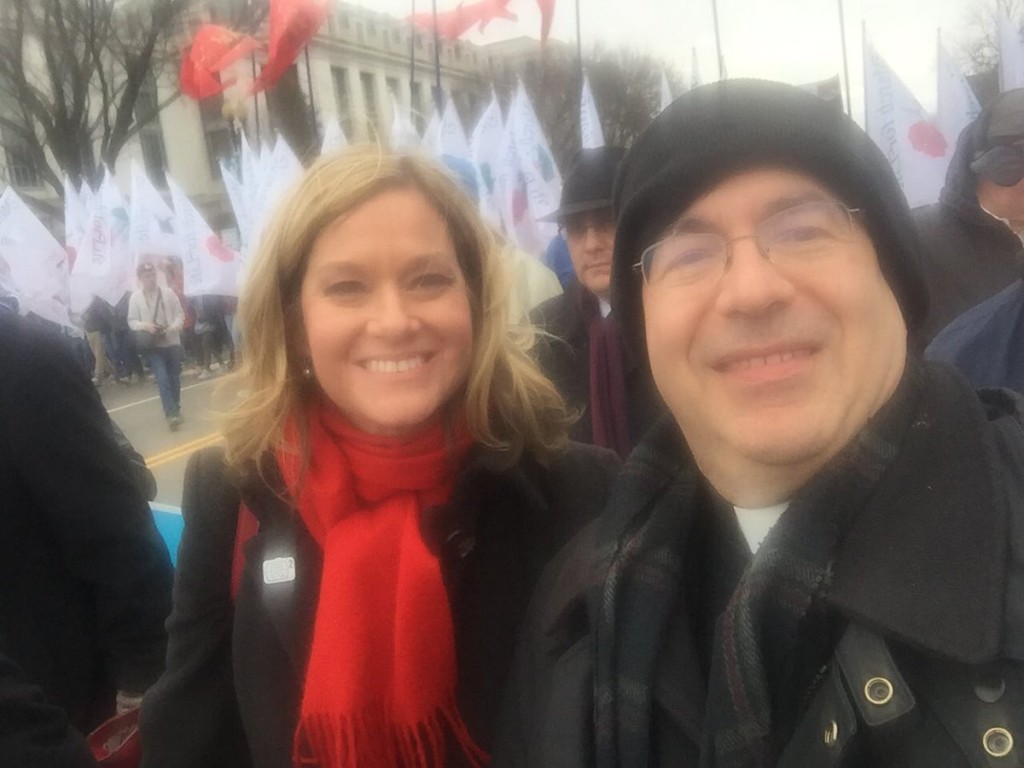 This past Friday, some three-quarter of a million people took part in the March for Life in Washington, D.C. to voice their opposition to abortion.

Among those present at the march was a large contingent of Catholics; including, of course, Fr. Frank Pavone, National Director of Priests for Life.

Without question, the voice of Fr. Pavone is among the most prominent in the global pro-life community, and yet, if he’s to be taken seriously, one would be justified in wondering if abortion is still a sin.

Now, don’t get me wrong; abortion will always be a very grave sin, but if Amoris Laetitia is everything that Fr. Pavone said that it is, then maybe God isn’t really offended by it after all, and activities like the March for Life are just a monumental waste of time.

As readers may recall, Fr. Pavone said that Amoris Laetitia is an “encouraging road map for families … a beautifully written pro-life affirmation of the Church’s wisdom,” and a “timely and loving exhortation for families towards genuine charity.”

Let us recall that this same document, Amoris Laetitia, presents Christian marriage as a mere “ideal” while also plainly stating that adultery – an act that, like abortion, is intrinsically evil – isn’t necessarily a mortal sin, and what’s more, it can even be the will of God!

If we were to apply that same approach to abortion (and if Amoris Laetitia is as praiseworthy as Fr. Pavone proposes, then why shouldn’t we?) we reasonably arrive at the following conclusions:

We often present pregnancy and delivering children into the world in such a way that its meaning, its call to grow in love and its ideal of parenthood is overshadowed by an almost exclusive insistence on the duty to reject abortion. (cf AL 36)

It is can no longer simply be said that all those who procure, perform, or assist in an abortion are living in a state of mortal sin and are deprived of sanctifying grace.  More is involved here than mere ignorance of the rule.  (cf AL 301)

Conscience can recognize with sincerity and honesty that abortion is for now the most generous response which can be given to God, and come to see with a certain moral security that abortion is what God himself is asking amid the concrete complexity of one’s limits. (cf AL 303)

Yes, I can hear the Fr. Pavone Fan Club now:

But, but… abortion and adultery aren’t the same!

Of course they are not the same, literally, but they are the same in that both acts are always and everywhere a grave evil regardless of circumstance, thus depriving the soul of sanctifying grace and separating one from God; i.e., the very definition of mortal sin.

If one accepts that this “can no longer simply be said” of adultery even for those who “know full well the rule,” how can one continue to insist that it still applies to abortion?

Either we are discussing intrinsic evil, or we are not.

Fr. Pavone is right about one thing – Amoris Laetitia is a “road map” alright, but it doesn’t lead “towards genuine charity” as he imagines; it leads straight to Hell.

Along the way, for many, it will also lead to an abortion clinic.

The bottom line here is simple:

For those who accept Fr. Pavone’s glowing assessment of Amoris Laetitia as a “beautifully written and timely exhortation,” it’s just a hop, skip and a jump to the Joy of Abortion.

As such, Fr. Pavone’s credibility is on the line, both as a leader in the pro-life cause (which, for many, has become a false religion all its own), and more importantly, as a priest.

Are his supporters willing to join me in calling on him, not only to retract his public endorsement of Jorge Bergoglio’s love letter to Satan, but also to condemn Amoris Laetitia for the poisonous prose that it is?