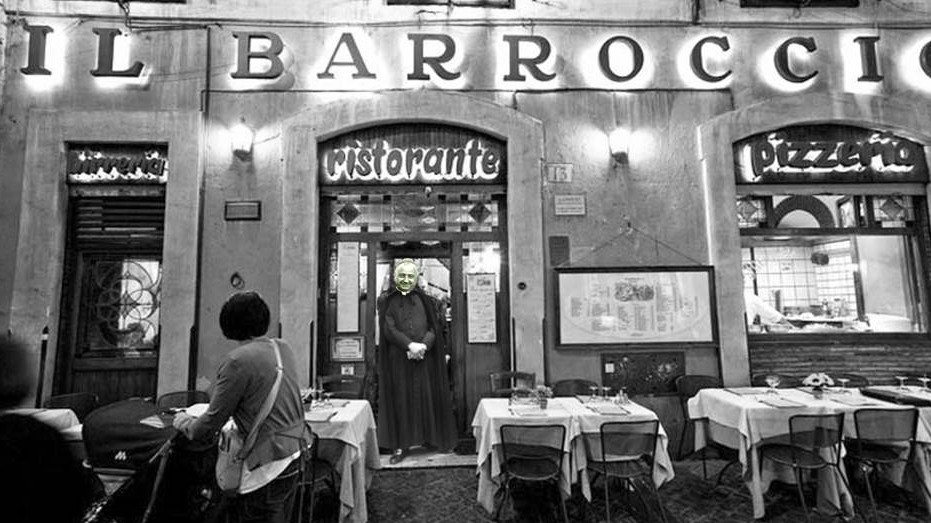 It is being widely reported that Francis has ordered a review of the most recent translation of the Roman Missal for the Novus Ordo – the Third Edition, the official implementation of which took place in the United States on November 27, 2011.

This translation was carried out according to guidelines set forth in a 2001 document published by the Congregation for Divine Worship and the Discipline of the Sacraments:

Liturgiam Authenticam – The Fifth Instruction for the Right Implementation of the Constitution on the Sacred Liturgy of the Second Vatican Council.

In the lead up to the implementation, I was still in my Catholic adolescence and very active in speaking at parishes around the country about the upcoming changes to the text and the nature of Holy Mass in general.

I had also developed a program called “Preparing the Way for the Roman Missal” that included books, DVDs, and web-based videos that I licensed to parishes to help them prepare their parishioners for the revision.

I was genuinely excited about the new translation; believing that it would go a long way toward restoring a sense of the sacred to the rite.

While the Third Edition is an improvement over its predecessors (e.g., providing a correct translation of pro multis – more on that in a moment), I now realize that it really amounted to little more than a band aid on a wound that continues to fester.

How could it be anything else given that it’s an attempt to implement a document (Sacrosanctum Concilium) that was written with the express purpose of making the liturgy more palatable to Protestants?

My efforts were not wasted, however, as I have to say that the process of putting together the “Preparing the Way” program ultimately served to open my eyes to the deficiencies of the Novus Ordo and lead me to the “Mass of all Ages.” God is good!

In any case, many commentators – in particular neo-conservative Catholics of the Novus Ordo kind – are shuddering to imagine what Francis might do to the missal.

The fruits and nuts over at America Magazine, on the other hand, are ecstatic at the prospect of seeing the language of the liturgy dumbed down, or perhaps better stated, re-dumbed down.

Fr. Michael Ryan, who is a vocal opponent of the current translation, recently wrote:

Pope Francis points to the importance of simplicity, clarity, directness and adapting to “the language of the people in order to reach them with God’s word…and to share in their lives” (Evangelii Gaudium No. 158). In light of this, how can we justify using words like “consubstantial,” “conciliation,” “oblation” or “regeneration”?

As for strict translations of the Latin typical text, Fr. Ryan points out with glee:

Sacred cow… How else would a horse’s ass view liturgical Latin?

The most insightful comment Fr. Ryan made is perhaps this:

As an antidote to this, Pope Francis speaks of the importance of local bishops’ conferences, respecting the authority that should be theirs when it comes to deciding matters that pertain to the local church.

Which brings me back to pro multis…

In Spain (as our dear friend and Father José Miguel Marqués Campo can attest) the phrase por todos (for all) is still found in the translation currently in use there; even though por muchos (for many) is supposed to be officially implemented at some point in the future.

Francis likely couldn’t care less if the accurate translation of pro multis is ever implemented in Spain or anywhere else, and what’s more, it is obvious that “for all” is far more reflective of his self-styled Protestantism that the Catholic “for many.”

As such, it is no surprise that Catholics the world over are now holding their breath in places where “for many” is used in anticipation of a return to “for all.”

That could happen, I suppose, but the parts of the missal that Francis & Friends would really like to recreate in their own image and likeness are the Prefaces that precede the “Eucharistic Prayers.”

Because the missal itself describes them as “presenting an overall view of the mystery of salvation,” and based on the witness of the past three years and ten months, I think it’s safe to say that Francis doesn’t much care for a Catholic presentation of such things.

With this in mind, I thought I’d take a stab at just what a “Franciscan” Preface might look like. Tell me what you think…

V. Positive thoughts be with you.
R. Likewise with you.
V. Lift up your hands.
R. We lift them up to the sky.
V. Let us give thanks to creation.
R. It is good and green.

It is truly good and green, our duty and our salvation,
always and everywhere to care for the environment,
and to welcome the immigrant,
in imitation of Jesus the itinerant preacher,
who made all people happy, except the powerful,
was born of the Virgin Mary who felt betrayed by God,
and condemned nothing,
while judging no one.

Fulfilling our will and gaining popularity among the people,
we lend a helping hand to the poor,
so as to break the bonds of poverty, and to manifest equality.

And so, with all the United Nations and every religion,
we declare our glory,
as with one voice we acclaim:

I don’t know… Maybe I should submit this for consideration to the Congregation for Divine Worship and the Discipline of the Sacraments; not to the Prefect, Cardinal Sarah, mind you, but rather to one the new hires he was recently forced to accept.

I mean, after all, if “Eucharistic Prayer II” could be composed in a Roman restaurant and allegedly written on a napkin, why can’t some guy in the U.S. with a laptop bang out a Preface in his living room?

It’s time for some papal seclusion