Home
Blog Post
The “correction” may never come, but judgment will 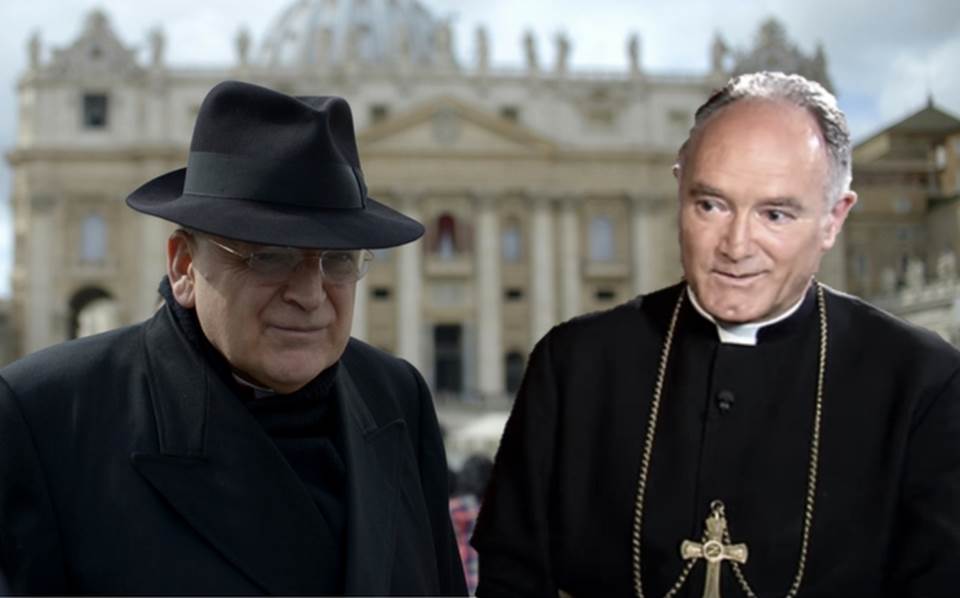 Yesterday, the Catholic Herald published online the most recent interview of Cardinal Raymond Burke to date; this one conducted by Paolo Gambi.

These interviews always generate a fair amount of interest, but this one is getting more than its fair share of attention thanks to the click-worthy hook in its headline:

‘Perhaps we have arrived at the End Times’: an interview with Cardinal Burke

We’ll return to the apocalyptic money quote momentarily. For now, however, I want to call your attention to the only truly noteworthy part of the interview. It reads in full:

PG Could you please give us an update on the “formal correction” [of Amoris Laetitia]?

CRB I cannot say too much. On November 14, it will be a year since the dubia were published. The whole question is still to be determined as to how to go forward, since we have not received any response at all, not even an acknowledgment of the dubia, which are very serious questions. I think I cannot say anything more than that right now.

First, clearly this interview was conducted several weeks ago. Since then, the one year anniversary of the dubia’s publication has passed by two weeks.

More relevant still, however, is the fact that more than fourteen months have passed since the dubia was delivered to both the Congregation for the Doctrine of the Faith and His Humbleness, Francis.

How many frequent flyer miles has Cardinal Burke logged since then? How many conferences has he given? How many interviews has he granted?

Don’t get me wrong, I applaud Cardinal Burke for co-authoring the dubia – something that I consider a minor miracle given the sad state of affairs in the Church today – but I am hard pressed to imagine a viable excuse for not having produced the “formal act of correction” that he promised so long ago.

This brings me to the only revelation provided in the interview.

Note very well that when Cardinal Burke says that it is unclear “as to how to go forward,” he is not speaking about the next step; namely, the aforementioned “correction.”

Just two days after making the dubia public, and this following two months of silence on Francis’ part after having received it, Cardinal Burke was already certain on this point.

In August he added a very interesting detail about the correction in yet another interview; this one with the Wanderer. He said that it would be “a formal declaration to which the Holy Father would be obliged to respond.” [Emphasis added]

In his response to Paolo Gambi, when Cardinal Burke states that it is “still to be determined as to how to go forward,” he means after the formal act of correction.

Apparently, one of the reasons he is uncertain on this point is because he is fairly confident that Francis will not uphold his obligation to respond to the correction.

How can he be so sure?

He tells us, “since we have not received any response at all…”

Furthermore, it is perfectly obvious that Cardinal Burke has little or no hope (nor should he) that Francis will do what he is duty bound to do; namely, teach the true faith. If he did have such hope, the correction would have already come.

In Cardinal Burke’s defense, we are indeed in uncharted territory.

Never before has a pope (if you will allow) so plainly, obstinately and notoriously taught heresy; utterly refusing to confirm his brethren (again, if you will allow) in the faith. The Church hasn’t definitively proposed a procedure for “how to go forward” in such a case.

That said, there is more reason to indict Cardinal Burke than there is to defend him.

It matters not one iota how, or even if, Francis will respond to the correction.

At this point, only the willfully blind and the woefully ignorant still deny that Jorge Bergoglio is a formal heretic. I am all but certain that any number of prelates, perhaps even Cardinal Burke among them, are privately convinced that this is the case.

Any legitimate questions they may have about what to do with the heretic from a procedural standpoint doesn’t alleviate them of their duty to publicly correct him for the good of the Church, her faithful, and indeed the entire world.

By analogy, the present situation is like a policeman who allows a gunman to massacre innocent people simply because he isn’t entirely sure where the jailhouse is located, but it’s actually much worse than that – the eternal life and the salvation of souls is at stake.

In a recent interview with Michael Matt, Bishop Athanasius Schneider said that those bishops alive today will be asked by Our Lord at their particular judgment:

“What have you done when there was confusion, why have you not raised your voice to defend the truth?”

Bishop Schneider is among the best of the sorry lot, to be sure, but I would suggest that he begin by looking in the mirror.

Yes, he has raised his voice more than most, but what exactly is stopping him from issuing a firm, public act of correction of his own?

Surely he understands that such a thing is necessary for the good of the faithful.

Could it be that he is reluctant to step on the two remaining dubia cardinals’ toes?

For his sake let us hope not.

Bear in mind, folks, a “cardinal” is not endowed with one drop more apostolic authority than any other bishop; in fact, a cardinal need not even be a bishop.

More than anyone else in the Church, every Successor to the Apostles has a solemn obligation to publicly condemn Amoris Laetitia, to publicly correct Francis, and to call on him in the name of Christ to reject his errors in confirmation of the true faith.

This includes, by the way, Bishop Bernard Fellay, Bishop Tissier de Mallerais, Bishop Alfonso de Galarreta, and every other bishop who fancies himself a defender of tradition.

Returning now to Cardinal Burke’s apocalyptic suggestion, I would remind him and indeed everyone reading this article that all of us are in our own “end times” and have been since birth; our days of mercy on earth are numbered and they are slipping away moment by moment.

Sitting back and waiting for Cardinal Burke, Cardinal Brandmuller or anyone else to act in the face of the Bergoglian assault against God and man is nothing more than a sign of a weak faith, ignorance, raw cowardice, or worse.

Whatever the case may be, Our Lord will judge.

May all of us tremble at the thought.

Dear friends, aka Catholic still stands in dire need of support. Thank you in advance!

Cards on the table