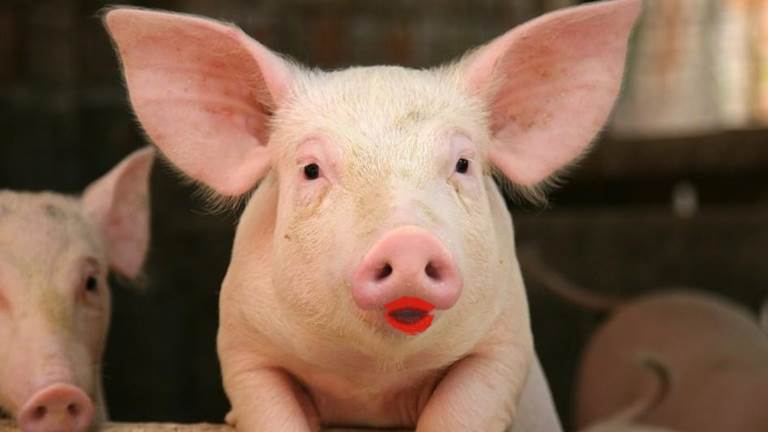 How much lower can our expectations go?

This was the rhetorical question I recently posed in reference to the tendency among so-called “conservatives” to heap praise upon every prelate who manages to say or do anything even remotely Catholic.

Meet Bishop John Doerfler of the Diocese of Marquette (MI); the latest to receive a standing ovation from the “hermeneutic-of-continuity” club for performing a minimally praiseworthy deed.

His particular act of Christian heroism?

He just released an “Instruction on Sacred Music in Divine Worship” entitled, Sing to the Lord, All the Earth, ordering the “steps to be taken to promote Sacred Music in the Diocese of Marquette over the next five years.”

Wow! Did you get that? This bishop is apparently rather serious about promoting sacred music in his diocese!

In other news, I met a vegan who is committed to avoiding cheeseburgers.

In all seriousness, I’ve said it before and it bears repeating…

It’s lipstick on a liturgical pig syndrome: Dressing up the Novus Ordo with accoutrements stolen from tradition (smells, bells, postures, Latin, chant, etc.) only serves to further distract the unwitting from the bitter reality that the bastard rite of Paul VI is deficient in itself.

It also serves to perpetuate the lie that the new rite is the “Ordinary Form” of the one Roman Rite, and perhaps worst of all, it leads both priests and laity to believe that the Novus Ordo, if only it be performed with enough reverence and attention to pious detail, can somehow nurture the faithful and please God every bit as much as the Traditional Latin Mass.

That argument aside for the moment, while I’m pleased to assume that Bishop Doerfler’s motives are pure and his intentions are good, the more one delves into the instruction itself, the more ridiculous the outpouring of praise for him appears.

Following are the first three directives outlined in the Instruction:

Bishop Doerfler apparently wants to do the right thing (such as he understands it), but to govern with a decree that essentially says, “You shall do such-and-such some of the time throughout the year” is just pathetic.

Whether this means twice a year, or every other week, or only on Earth Day is anyone’s guess, I suppose.

Can any of you fathers out there even imagine running your own households this way?

Directive #3 is the pretty straight forward by comparison, but can there be any doubt that the resisters in the diocese took notice of, and are emboldened by, the weakness on display in this Instruction?

Oh, and get this, the above directives are prefaced with:

Thus, all parishes and schools are to have implemented the following directives by December 31, 2020.

That’s almost five years away! It almost seems like a parody.

Getting to the meatiest part of the Instruction; it ends by announcing that the Diocese of Marquette is going to produce its own hymnal; one that ensures “musical quality and doctrinal integrity,” and every parish will be expected to use it exclusively once it is ready. (Projected date: Advent 2017)

This was enough to move at least one neo-con blogger (at CC Watershed) to gush:

“I think the bishop is taking a very brave step to restore Sacred Music and to implement what Vatican II called for.”

Don’t laugh. I think he’s serious. I mean… I think he really believes that this constitutes an act of bravery. It’s preposterous, of course, but you have to admit that these people are consistent. Once we implement the Council, then you’ll see; the birds will sing and the sun will shine and the wars will end…

Now, don’t get me wrong; I’m all for hymnals that are devoid of heresy, but what about the quality and doctrinal integrity of the Mass itself?

That, by the way, is not a rhetorical question.

Both Fr. Marques Campo and I have written in this space about the doctrinal problems associated with the Novus Ordo; not due to abuses, but thanks to the text of the Roman Missal itself.

For instance, I posted not long ago about the “once saved, always saved” heresy that is fed to the faithful in the so-called “Mass of Christian Burial,” and how it therefore robs the deceased of the intercessory prayers and sacrifices that are so needed.

How does adding sacred music to that protestant poison contribute to the good of the faithful? More pressing, how does it honor God?

Bottom line – it does neither; in fact, it does the exact opposite. It makes a mockery of both the Mass and the sacred music.

Again, Bishop Doerfler probably means well, but let’s not pretend that his flock is being well-served by this new directive. They are not; they are simply being deceived all the more.

Is clerical celibacy in the crosshairs?