Home
Blog Post
Tales from the Humanae Vitae Diaries – No. 1 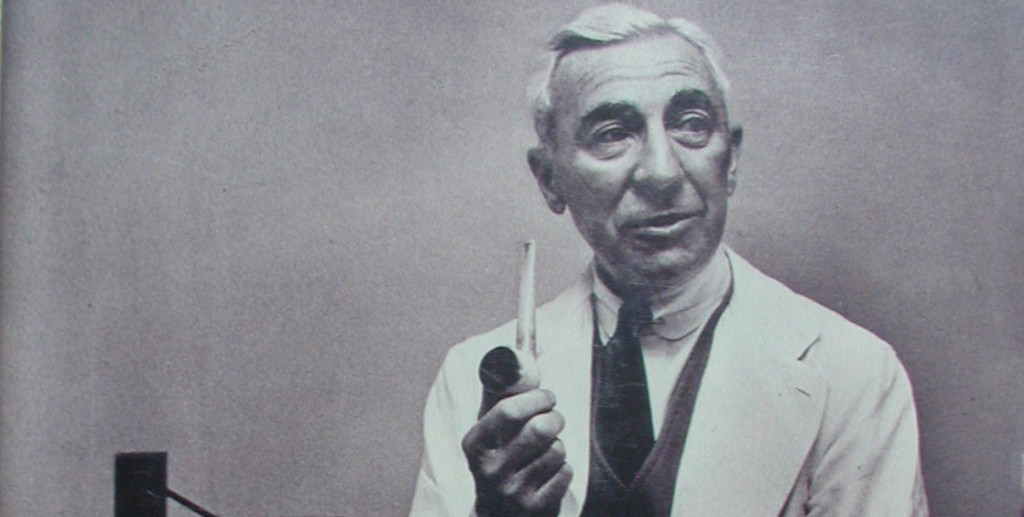 Dr. John Rock, author of The Time Has Come – A Catholic Doctor’s Proposals to End the Battle over Birth Control, or was he?

This new occasional series titled “Tales from the Humanae Vitae Diaries” is based on my upcoming two-volume book set on Population Control and the Catholic Church, and the ill-fated Birth Control Commission of Pope Paul VI.

Although, my research on both books was completed five years ago, I have yet to put them into final form for publication, which, God permitting, will be in early 2020.

In the meantime, July 25, 2018,  which marks the 50th anniversary of Humanae Vitae, will soon be upon us, and I’m certain that Catholics the world over can look forward to a constant deluge of pro and con commentaries on Pope Paul VI’s encyclical letter.

Also,  last February, Catholics learned what had long been rumored in Vatican circles, that Pope Francis had approved of a special “study group” to carry out a “historical review” of the drafting of  Humanae Vitae. A topic which finds a solid and truthful home in my upcoming book on the Birth Control Commission.

Although my well-documented contribution to the on-going dialogue in the Catholic Church on population control and birth control is still two years away, I never-the-less think there are some aspects of the two controversies that really can’t wait or shouldn’t wait to get an airing –  hence these short and pithy scenarios taken from my Humanae Vitae diaries.

First, in this series, is an short account of the ghostwriters for Dr. John Rock’s infamous 1963 book, The Time Has Come – A Catholic Doctor’s Proposals to End the Battle over Birth Control. The title is misleading as well as the identification of authorship, for, as we shall see, Rock, dubbed “Father of the Pill,”  was not “Catholic” in any sense of the word and he was certainly not the primary author of the work to which his name is affixed. Let’s deal with the “Catholic” issue first.

John Rock was a Mass Murderer

The 1917 Pio- Benedictine Code of Canon Law was in force during the time that Rock was carrying out his human embryo experiments with Arthur Hertig from 1938 to 1954:

Canon 2350 (1983 CIC 1398) §1. Procurers of abortion, the mother not excepted, incur upon the effect being secured, automatic excommunication reserved to the Ordinary, and if they are clerics, they are also deposed.

The Time Has Come gives a blow by blow description of how Rock obtained his human embryos, ages 2 to 17 days, for experimentation and destruction:

Our procedure was to schedule operations on women who required hysterotomies at times when we estimated they would be ovulating. The conditions at the hospital were ideal for our purposes: because the clinic load was so heavy, there was a long waiting period for all but emergency operations. We utilized the waiting period, and the co-operation of many highly fertile women, to acquire accurate records of their cycles as well as dates of coitus. This data helped us estimate when fertilization could occur if an egg were present – and thus to time the operations – with some assurance.

… Dr. Hertig, by microscopic examination of the necessarily removed uteruses and Fallopian tubes, succeeded in recovering the first of our young ova [sic] in July 1938. When we concluded our series in July 1954, we had operated on 211 patients and secured 34 ova [sic], ranging from a two-day, two-cell egg [sic] to a 17-day ovum already implanted in the uterus. …

Thus, by slight of mouth and hand,  the authors of The Time Has Come described the deliberate creation and demise of at least 34 human embryos – not ova or eggs, but human beings – the smallest of our kin,  at the hands of Rock and Hertig.

By such deliberate actions, Rock incurred automatic (latae sententiae) excommunication meaning he was forbidden from receiving Holy Communion until the penalty was lifted by his  Ordinary, in this case Cardinal Richard Cushing of the Boston Archdiocese.

But Cushing was silent, as was the Vatican under Pope John XXIII,  concerning Rock’s lethal  human embryo experimentation.

In February of 1963, shortly after Rock’s book was published, Cardinal Cushing, an Americanist through and through, issued a statement that appeared in the  diocesan paper, The Pilot, bemoaning the fact that the book was not submitted for an imprimatur, but commenting favorably on certain aspects of Rock’s Chapter 12 on birth control as public policy which “could contribute to the establishment of peace in our pluralistic society.”

And so, the U.S. Catholic and Vatican press and secular press continued to portray Dr. Rock as a faithful Catholic and pious daily communicant, without contradiction.

And the American hierarchy, under Cushing’s leadership, would argue for “religious freedom” on the floor of the fourth and final session of the Second Vatican Council in the fall of 1965, thereby securing  Griswold v Connecticut. and Roe vs Wade for posterity.

Who Actually Wrote The Time Has Come?

Now, let’s return to the question of the real authors of The Time Has Come.

According to John Rock, the book was not his idea but “the brainchild” of two officers of the Planned Parenthood Federation of America (PPFA) – Frederick S. Jaffe and Winfield J. Best.

Frederick Jaffe is best remembered for his infamous March 11, 1969 Memorandum to Bernard Berelson, President of Rockefeller’s Population Council as found in “Activities Relevant to the Study of Population Policy for the U.S; TABLE 1. Examples of Proposed Measures to Reduce U.S. Fertility, by Universality or Selectivity of Impact.” Measures included encouraging increased homosexuality, and compulsory abortion and sterilization. A copy of the Jaffe-Berelson Memo is available HERE.

The less well-known Winfield Best was a writer, television producer and public relations expert. In 1962, he collaborated with Alan Guttmacher and Frederick Jaffe to write the  first handbook on modern family planning, The Complete Book of Birth Control. He served as the Executive Vice-President of the PPFA from 1963 to 1969. In 1972, Best joined the faculty of the University of North Carolina Population Center at Chapel Hill, one of the Federal Government’s largest population control centers where he lectured on population and ecology.

Together, the dynamic duo of Jaffe and Best convinced Rock that a book promoting “the Pill” and government funding of birth control/population control would carry more weight if it bore Rock’s name as the sole author, although they would, in fact, do the actual writing. Rock agreed to the project. He gave them verbal cues and they translated them into text and embellished the text as necessary most especially as it pertained to federal funding for the Neo-Malthusian cause.

Initially,  Jaffe and Best insisted that their role as Planned Parenthood officers in the writing of the book be kept secret. And secret it would have been except for Best’s desire to share in the royalties that Rock was collecting.  Rock agreed to Best’s demand.

The story of Rock’s ghostwriters and Best’s demand for royalty payments is related by Margaret Marsh and Wanda Ronner in The Fertility Doctor: John Rock and the Reproductive Revolution published by Johns Hopkins University Press in 2008. The sisters were the first researches to be given access to Rock’s vast files after his death in December 4, 1984, by Rock’s daughter, Rachel Achenbach.

The Sangerite Influence on Catholics

The timing of the publication of The Time Has Come was a stroke of genius for the Anti-Life Establishment.

Rock’s name and Malthusian message  was carried world-wide by radio, and  television, and a litany of  magazines  including Time, Newsweek, Life, and the Saturday Evening Post. The book was translated into many international languages including French, German and Dutch.

Just months before his death, Pope John XXIII established a secret six-member commission on population control and demographics in anticipation of the 1964 World Population Conference in India. The commission members continued to meet after the pope’s death and served as the nucleus for Pope Paul VI’s much expanded Birth Control Commission. The Time Has Come had a major impact on members of that commission as well as Catholics who desired a change in Church doctrine that opposed “artificial contraception,” as well as onanism. abortifacients, surgical abortion, sterilization and in vitro fertilization.

Rock’s incredible hypothesis that “the Pill” mimicked Nature attracted the attention and support of gullible and ignorant Catholic laymen, clergy and religious as well as members of the Catholic hierarchy.

The strategy to undermine Catholic faith and morals that The Time Has Come laid out was, in fact, the strategy that the Sangerites and Rockefeller and Co. successfully followed from the early 1960s. Here are some of the highlights of that strategy and accompanying myths as espoused by Jaffe and Best and occasionally Rock:

By the time Humanae Vitae was released by Pope Paul VI in 1968 it was for all practical purposes  a dead letter thanks to Dr. Rock and Misters Jaffe and Best … and dare I say… Cardinal Cushing and the rest of his hapless Americanist and Modernist colleagues in the U.S. hierarchy.

[Future installments of “Tales from the Humanae Vitae Diaries” taken from Randy Engel’s two-volume book set Population Control and the Catholic Church, and The Birth Control Commission of Pope Paul VI (set for publication in 2020) will appear in this space.]