Home
Blog Post
He is the King of the Universe! 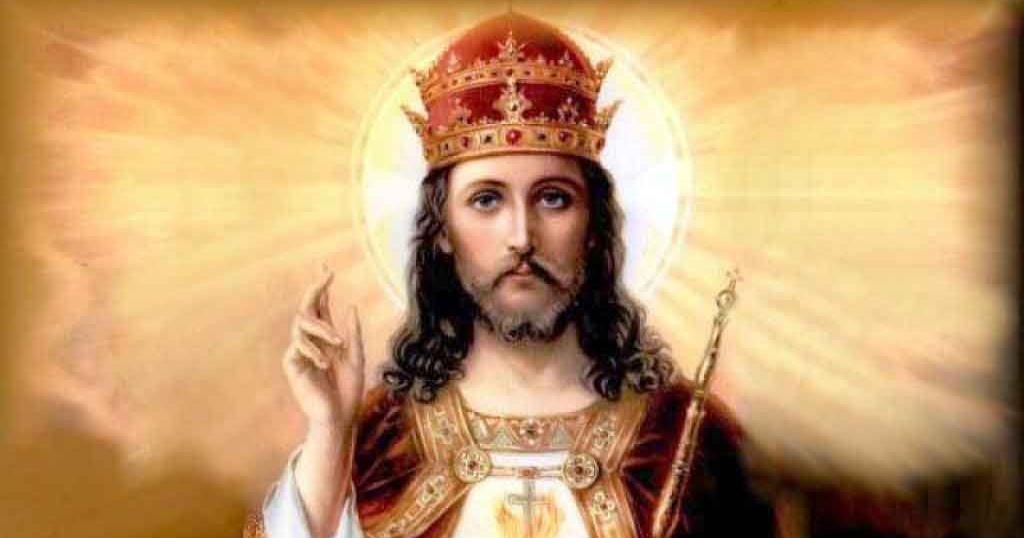 Imagine, if you will, an international group of economic experts and other leaders assembled at the Vatican for a conference.  The Holy Father, recognizing the importance of the topic, makes a personal appearance to address those in attendance, saying:

Anthropological reductionism causes man to lose his humanity; to become a tool of the system – a social system, an economic system – where imbalances are dominant.

Thank you. Thank you for the help you give with your work, with your reflection to restore this unbalanced situation and to restore Christ, bring him back to the center of reflection and the center of life. He is the King of the universe! And this is not theology, not philosophy – it is human reality. With this reality we will move forward. Thank you, thank you very much. Thank you!

Just such a conference actually did take place at the Vatican on July 12, 2014, and the Holy Roman Pontiff did in fact address the assembly to set the tone for their discussion saying much the same thing, but with one major difference:

Pope Francis never pointed to Our Lord Jesus Christ and the place of primacy He must occupy in the affairs of men. Not even once! Rather, he pointed, as readers of this space may very well have expected, to man himself, the new god of the new church-of-man.

Following is a transcript of what Pope Francis really said. [Note: The text of this address is available in its fullness on the Holy See’s website here. As of this writing, it is available only in Italian. A report from Zenit is also available. Thank you to Mark J. for pointing this out to me.]

Thank you. Thank you for the help you give with your work, with your reflection to restore this unbalanced situation and to restore man, bring him back to the center of reflection and the center of life. He is the king of the universe! And this is not theology, not philosophy – it is human reality. With this reality we will move forward. Thank you, thank you very much. Thank you!

I have written often of the church-of-man that emerged after Vatican II, with the conciliar text serving as the manifesto for the anthropocentric religion that supplanted the true Faith following the Council.

One may wonder how the vast majority of bishops at Vatican II, many of whom certainly had good intentions (e.g., men like Cardinal Ottoviani and Archbishop Lefebvre,) could ever place their vote in favor of such texts?

The answer is large part is that they were true sons of the Church whose esteem for the Petrine Office was such that they never imagined in a million years that any pope would ever allow this pastoral exercise to be leveraged in such way as to overshadow everything that preceded it. Much less did they ever imagine that the pope himself would ever willingly serve as an active agent in the conciliar takeover, dethroning Christ the King and replacing the adoration that is due to Him with a religion consumed with rendering false worship to an idol called “man.”

With this in mind, we must remember that the text of the Council, for all of its deficiencies, is not leading the Church in our day, the sacred hierarchy is. That is to say, the Church is being led by the person of the pope and the bishops in union with him.

Back in October, I wrote that all indications are that Pope Francis and the cardinals who elected him are quite convinced that the humanist takeover has finally reached critical mass, wherein both clergy and laity who prefer “the church of man” over the Church of Christ are now so comfortably in the majority that the time to set forth the humanist agenda without apology has arrived.

Can there be any doubt whatsoever that this is precisely where we find ourselves today?

Look, I’m as disturbed as anyone by the recent comments alleged to have been uttered by the pope about his disinterest in converting heretics and his thoughts on celibacy, but let’s not be distracted. At the heart of the crisis in the Church today is the virtual dethronement of Jesus Christ and the near singular focus of our churchmen – most especially the pope – on the supposed glory of humankind.

If for no other reason – and to be very frank, I can think of no other reason, not even one – we can be grateful for the pontificate of Pope Francis due to his willingness to make the choice that lies before us so crystal clear.

Yes, the days of pretense are indeed over, the picture is coming into increasingly stark focus, and for this we can be thankful. Make no mistake, however, this is a sword that cuts in two directions.

For each and every one of us, and most especially for those of you who have the blessed yet heavy burden of exercising the care of souls as members of the sacred hierarchy, the time of choosing is at hand:

Will you stand up in defense of the Sovereign Rights of Christ the King and the Holy Catholic faith, or will you remain silent as souls are endangered by a pope who repeatedly relegates Our Blessed Lord and the authentic Faith to a place of virtual obscurity?