Home
Blog Post
And the land shall be left desolate 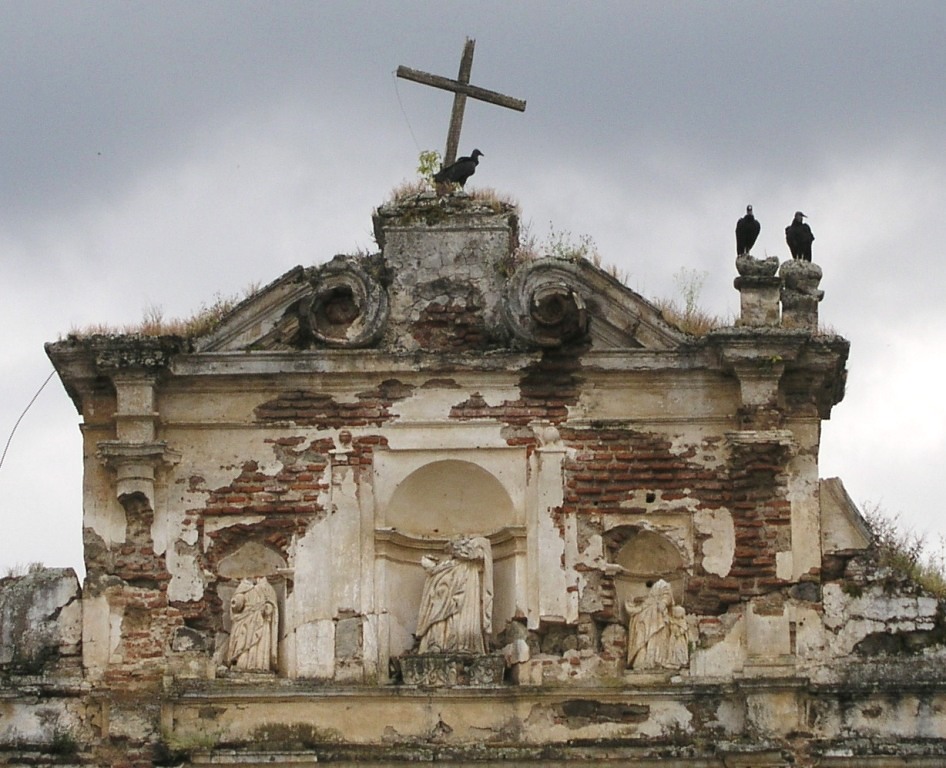 In Isaiah 6, the prophet says:

In the year that king Ozias died, I saw the Lord sitting upon a throne high and elevated: and his train filled the temple … And I said: Woe is me, because I have held my peace; because I am a man of unclean lips, and I dwell in the midst of a people that hath unclean lips, and I have seen with my eyes the King the Lord of hosts.  And one of the seraphims flew to me, and in his hand was a live coal, which he had taken with the tongs off the altar. And he touched my mouth, and said: Behold this hath touched thy lips, and thy iniquities shall be taken away, and thy sin shall be cleansed.

At the outset of his prophetic ministry, Isaiah saw God seated upon a throne wearing a royal garment. Clearly, his vision was of none other than God made man; i.e., he saw the Risen Lord, Christ the King.

Furthermore, in seeing an altar, the place of sacrifice, he witnessed the Heavenly liturgy.

Isaiah was familiar with the Temple sacrifice in Jerusalem, a sacrifice that had to be repeated over and over again with each passing year. He knew, in other words, that the sacrifice offered on Yom Kippur – the Day of Atonement, the most solemn of holy days for the People Israel – had no ability to atone for the sins of man in any lasting sense; it could not truly cleanse.

As Isaiah wrote, the people were about to be exiled in Babylon rendering them unable to offer even this imperfect sacrifice, and yet Isaiah saw in his vision that a greater Sacrifice was coming; one so worthy that it takes place even in Heaven, and this Sacrifice is capable of taking away man’s iniquity.

Having witnessed the Risen Lord, the King of kings, God in the flesh, Isaiah knew of what he spoke when he would later say, “A virgin shall conceive and bear a son” (Isa 7:14).

He had seen the One of whom he wrote, “And they shall call him mighty king, wonder counselor, God with us” (Isa 9:6).

And he knew of Whom he wrote when he foretold of the Suffering Servant, the blameless One by whose stripes we are healed  (Isa 53).

Indeed, St. John the Evangelist, whose Gospel is replete with affirmations of the divinity of Christ, confirms that Isaiah “saw His glory and spoke of Him” (cf John 12:41).

And I heard the voice of the Lord, saying: Whom shall I send? and who shall go for us? And I said: Lo, here am I, send me. And he said: Go, and thou shalt say to this people: Hearing, hear, and understand not: and see the vision, and know it not. Blind the heart of this people, and make their ears heavy, and shut their eyes: lest they see with their eyes, and hear with their ears, and understand with their heart, and be converted and I heal them.  And I said: How long, O Lord? And he said: Until the cities be wasted without inhabitant, and the houses without man, and the land shall be left desolate.

Know that God did not arbitrarily seal the ears and shut the eyes of His people; rather, it was the wickedness of the people themselves that had rendered them unable to hear and to see. This condition was of their own making, and so it was according to the demands of perfect justice.

In surveying the landscape in the Church in our day, we see much the same thing as nary a day goes by without one of our bishops, often even the Bishop of Rome, giving us very good reason to wonder if any of them have ears to hear or eyes to see the glory of Christ the King.

And we too might well ask as Isaiah did ask, How long, O Lord?

The answer, one shudders to admit, is ever the same:

Until the cities be wasted without inhabitant, and the houses without man, and the land shall be left desolate.

This is a hard truth to accept, and yet we can be certain that the demands of justice are such that humanity will likely be brought to its collective knees before understanding returns to the hearts of God’s people, that they may be converted and healed.

Do I mean to suggest that the deaf and the blind of our day are in a bed of their own, personal making?

Not necessarily; for we know that the Lord Our God is a mighty and jealous God, visiting the iniquity of the fathers upon the children unto the third and fourth generation of them that hate Him. (cf Ex 20:5)

The Fathers of Vatican Council II, in conducting the affairs of that poisonous pastoral exercise that took place roughly three generations ago, treated Christ the King as a persona non grata; ignoring His Sovereign rights and speaking as though His truth is but one more opinion among many. The popes and the bishops in union with them have carried on similar fashion ever since.

As I wrote in the previous post, at the heart of the crisis in the Church today is the virtual dethronement of Jesus Christ and the near singular focus of our churchmen – most especially the pope – on the supposed glory of humankind.

No one knows precisely how or when the Lord will redress this terrible offense against Him, but one thing seems entirely certain, the status quo is unlikely to hold for much longer.