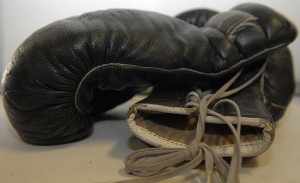 Having absorbed the bitter reality of yet another revealing papal interview, one that somehow managed to offend Catholic sensibilities even more than the last, all but the most detached among us are now struggling to come to terms with what the future holds under a Bergoglio papacy.

Let’s be honest; modernist popes aren’t exactly the exception to the rule in this post-conciliar age. Hell, we’re even gearing up for their canonization!

So why then are Catholics today reeling in what appears to be an unprecedented way?

Simply put, because they should be.

We have entered a new phase in the post-conciliar destruction of the Church. The days of pretense and nuance are over. The quaint little idea of “continuity” is now passé; open season on tradition and those who love it is in full swing.

John XXIII, whose elevation to the papacy officially inaugurated the active onset of the rebellion, felt compelled to walk a fine line in order to keep up traditional appearances so as not to unduly create unrest among the masses.

Francis, on the other hand, makes no attempt whatsoever to mask his unbridled ambivalence toward the sacred deposit of Christian doctrine, and it is precisely this in-your-face disregard for the Church’s venerable traditions and immutable teachings that the heretics, atheists and members of the mainstream media find so entirely “refreshing.”

While some may reasonably wonder what precisely has changed since the early days of the rebellion and today, the answer seems obvious enough:

All indications are that Pope Francis and the cardinals who elected him are quite convinced that the takeover has finally reached critical mass, wherein both clergy and laity who prefer “the church of man” over the Church of Christ are now comfortably in the majority. I, for one, would have to say that they are correct.

As far as Francis is concerned, therefore, it is time to set forth the humanist agenda without apology.

“The most serious of the evils that afflict the world these days are youth unemployment and the loneliness of the old.”

So began the pope’s tete-a-tete with the atheist journalist, Eugenio Scalfari.

Lest there be any confusion concerning papal priorities, the Holy Father clarified, “It is not the only problem that we face, but it is the most urgent and the most dramatic.”

As for the missionary work of converting the world to Jesus Christ and His Holy Catholic Church, it doesn’t even make the list.

“Proselytism is solemn nonsense, it makes no sense,” the pope said, confirming what I’ve long since recognized; namely, that the “new evangelization” has absolutely nothing to do with actual evangelization.

(Note: From this day forward I will call this initiative by a more fitting name; the new indoctrinization.)

Is it shocking to hear the Vicar of Christ publicly state that the mission that the Lord has given to His Church is nonsense? Certainly, but for this pope it’s entirely consistent with previous statements.

“Do you need to convince the other to become Catholic? No, no, no! Go out and meet him, he is your brother. This is enough. Go out and help him and Jesus will do the rest.” (Pope Francis, as reported by CNS, August 7, 2013)

Get that? While the previous popes from John XXIII on forward simply ceased to call others to conversion, this pope boldly and explicitly states that such isn’t even necessary. As I said, the days of nuance have ended.

But wait, Pope Francis did say that Jesus will do the rest, the papal apologists will protest.

Before anyone goes hanging their Catholic hat on this reference to Jesus, it may be a good idea to consider who this Jesus is insofar as Pope Francis is concerned.

I’ve got truly terrible news for you; it’s not the Jesus of Catholic doctrine.

Let that sink in for a moment. It should strike holy terror in your heart.

“The Son of God became incarnate in the souls of men to instill the feeling of brotherhood. All are brothers and all children of God. Abba, as he called the Father. I will show you the way, he said. Follow me and you will find the Father and you will all be his children and he will take delight in you. Agape, the love of each one of us for the other, from the closest to the furthest, is in fact the only way that Jesus has given us to find the way of salvation and of the Beatitudes.” – Pope Francis

Don’t let the mere invocation of Our Lord’s blessed name fool you. The cold hard reality is simply this: The 266th Successor to the Throne of St. Peter is actively preaching a god who is not Jesus Christ, King of kings and Lord of Lords.

In this one concise statement, Pope Francis has delivered the credo by which he intends to complete the work of supplanting the Church of Jesus Christ with the church of man. Ignore it at your own peril.

The College of Cardinals collectively chose Bergoglio for this very task. Anyone who has endured the agony of hearing Cardinal Dolan extol the virtues of Francis cannot but understand; he is doing precisely what he was chosen to do.

Indeed there are those who will still, even now, labor to make excuses for this pope, wrenching with all of their strength a quasi-Catholic understanding out of what he is saying. Their denials change nothing. Pope Francis has been telling us from day one, in both word and deed, that his is a humanist agenda, not a Catholic one.

Let’s dissect his creedal statement, keeping well in mind that Francis is not stupid. He is not simple, nor is he humble. He knows exactly what he is saying, and he says it proudly and without qualification. Furthermore, he knows precisely to whom he is speaking and who he represents. That Francis is delivering this manifesto to the world via an interview with an atheistic humanist is not mere happenstance, it is a gesture of immense meaning.

Jorge Bergoglio didn’t skillfully negotiate a more than two decade long episcopal career by sheer naiveté, nor did he earn the red hat from the hands of his humanist predecessor, John Paul II, for lack of cunning.

Does this mean that Pope Francis is, with full knowledge and deliberate intent, working to undermine the Church of Jesus Christ?

None among us are able to render such judgment. Even so, the best one can say is that this pope is a useful tool in the hands of the Evil One who has ever sought to destroy the Church. In either case, he is a dangerous man in a powerful position, and barring an about-face that will likely require the intervention of Heaven itself, we can well expect severe repercussions.

Now, on to the pope’s words:

“The Son of God became incarnate in the souls of men to instill the feeling of brotherhood. All are brothers and all children of God. Abba, as he called the Father.”

Again, we must resist the urge to believe that Francis is simply dull of intellect. He is not. He knows what the Incarnation is according to Catholic doctrine. Even so, he is, in the favored technique of the modernists, purposefully redefining a key component of the Catholic faith, in this case, who Jesus is, even while employing a vocabulary that is comforting to the faithful.

To be more specific, by beginning this preposterous statement with, “The Son of God,” foolish Christians will let their guard down and either accept, or perhaps simply dismiss, what follows, but it is precisely this that deserves intense scrutiny.

Everyone reading this understands well that the Incarnation of Our Blessed Lord has nothing whatsoever do with “feelings of brotherhood.” If that were its purpose, Baptism would be of no use, nor would any need exist for conversion to the one true faith that Jesus established.

As I said, Francis is consistent; he has already made it exceedingly clear that this is what he believes. Here, he is simply telling us why.

“Agape, the love of each one of us for the other, from the closest to the furthest, is in fact the only way that Jesus has given us to find the way of salvation and of the Beatitudes.”

Once again, we find words that are familiar to the faithful – agape, salvation, beatitude – but the content of this statement is condemnable. While the call to love others is indeed a crucial part of Our Lord’s preaching, it is utterly false to say that this is “the only way” to salvation. Jesus Christ Himself is the only way to salvation, which is precisely why dying with Him and rising with Him in the waters of Baptism is necessary for salvation.

Francis leaves such things deliberately unsaid. Why? Because the church of man has no need of such things; rather, its doctrine is nothing more than to love others in the way mere men understand what love is.

Even the word “salvation” is open to redefinition when invoked by this pope. While the goal of life on earth is Heaven, and it is the work of the Church to guide mankind along that way, Pope Francis has a more earthly goal in mind; namely, to “make the world a better place.”

“Each of us has a vision of good and of evil. We have to encourage people to move towards what they think is good. And I repeat it here. Everyone has his own idea of good and evil and must choose to follow the good and fight evil as he conceives them. That would be enough to make the world a better place.”

Jesus identified Himself as the way, the truth and the life.

In the space of just a relative handful of words, Pope Francis has defined “the way” as a matter of brotherly love; “the truth” as whatever one thinks is good, and “the life” after which we seek as a goal for the here and now.

In other words, Pope Francis has redefined Jesus Christ in terms that are perfectly acceptable to secular Jews, heathens and atheists; i.e., those who plainly reject Him and therefore He who sent Him.

Difficult though it is to accept, we must hear the words of Pope Francis for what they plainly express, and that is the solemn doctrine of the church of man.

We have entered a new phase in the post-conciliar destruction of the Church indeed. The days of pretense and nuance are most certainly over.

If this is the bitter reality of Catholic life under the papacy of Pope Francis, so be it.

My gloves have long since hit the floor and I will pull no punch in defense of Christ the King and His Holy Catholic Church, regardless of whatever persecution doing so may invite.

Crisis in the Church: The hierarchy responds