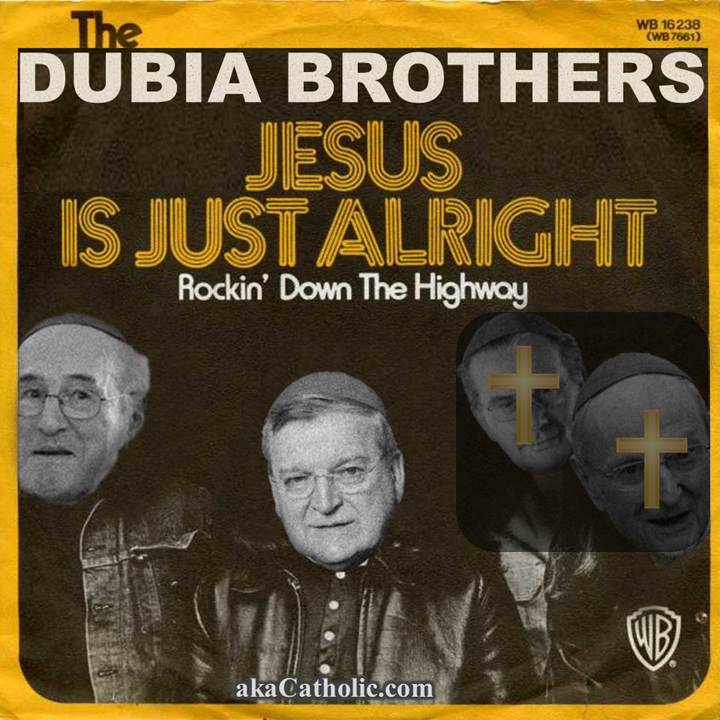 As I write, it has been exactly one year to the day since the Dubia was delivered to Francis. Since then, he has refused to provide a formal response. (Though it must be said yet again that he has responded in any number of other unmistakable ways as documented in this space many times.)

Toward the end of 2016, Cardinal Burke indicated that the long-awaited “formal act of correction” would first take place in camera caritatis – that is, in private.

Francis, however, has refused to grant an audience to the Dubia’s authors.  (As of today, that means the two that presently remain alive following the… shall we say… unexpected deaths of Cardinals Meisner and Caffara.)

When asked about the formal act of correction in an August 2017 interview with the Wanderer, Cardinal Burke said:

The question is asked, “How would this be done?” It is done very simply by a formal declaration to which the Holy Father would be obliged to respond.

The most noteworthy part of this statement, in my view, concerns the obligatory nature of the declaration.

This would seem to suggest that  it will include an “invitation” for Francis to clearly affirm the true doctrine of the faith (relative to the five questions in the Dubia) along with a statement formally declaring the consequences of his failure to do so; either by outright denial or refusal.

And what would those consequences be?

In December of 2016, Cardinal Burke said:

If a Pope would formally profess heresy he would cease, by that act, to be the Pope. It’s automatic.

Putting together all that has been said thus far…

If, indeed, the “formal declaration” includes an invitation (more properly, a demand) to affirm the true faith as described above, then Francis’ failure to do so would be the very definition of “professing formal heresy.” As such, the consequences would be, according to Cardinal Burke’s own statement, that Francis “would cease, by that act, to be the Pope.”

Sounds logically consistent, no? Then again, as I’ve noted many times, Cardinal Burke’s statements on the matter have been anything but consistent.

At this point, it may be more reasonable to expect Cardinals Burke and Brandmuller to meet with an untimely death than it is any “formal declaration.”

– They will not do so in the context of declaring that Francis has judged himself a formal heretic and has thus sentenced himself to the loss of office, much less will they proceed with the calling of a conclave

– They will, however, make public the formal act of correction as if only to provide an “authentic interpretation” of Amoris Laetitia by addressing what Cardinal Burke has called “the confusing statements” therein (not the blasphemies and heresies); thus leaving its author, Anti-Pope Francis, free to continue his assault on the Holy Catholic Church

– When pressed to explain, they will claim to be exercising care for the unity of the Church; avoiding a formal schism

Let’s hope and pray that this prediction is wrong, and that the “formal declaration to which the Holy Father would be obliged to respond” actually happens, and what’s more, has some teeth.