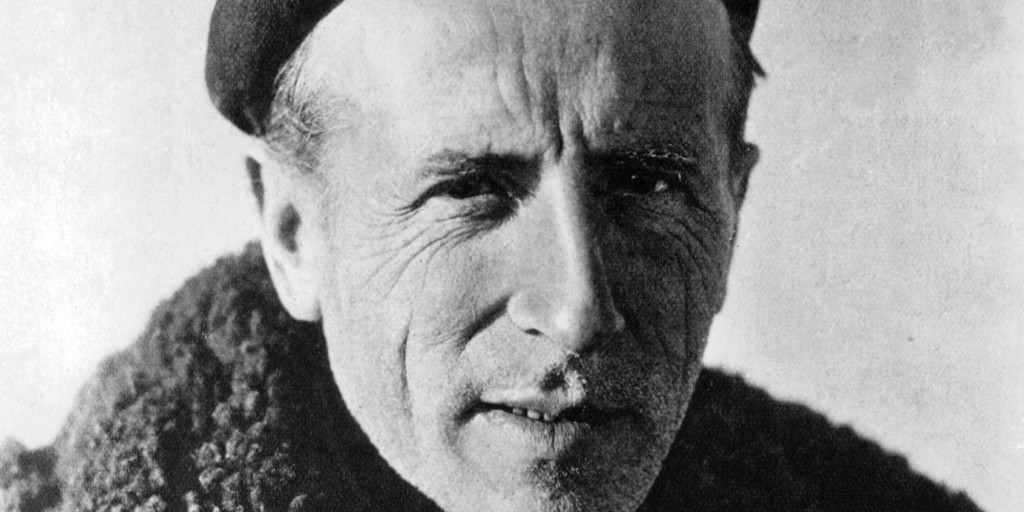 With the publication of the Envirocylcical, Laudao Si’, many were shocked to discover that this represented the first time the once-condemned French Jesuit, Pierre Teilhard de Chardin, was cited in a papal (if you will allow) encyclical. (Laudato Si’, footnote no. 53)

In 1962, Teilhard was the subject of a monitum (warning) issued by the Holy Office which read in part:

The most eminent and most revered Fathers of the Holy Office exhort all Ordinaries, as well as the superiors of Religious institutes, rectors of seminaries and presidents of universities, effectively to protect the minds, particularly of the youth, against the dangers presented by the works of Fr. Teilhard de Chardin and of his followers.

As noteworthy as the citation in Laudato Si’ might be, the rehabilitation of Teilhard (better understood as Rome’s increasingly obvious embrace of modernism) did not begin with Francis.

In 1981, Cardinal Secreatry of State Agostino Casaroli sent a letter “in the name of the Holy Father John Paul II” to the rector of the Catholic Institute of Paris commemorating the 100th anniversary of Teilhard’s birth which read in part:

The international scientific community and, more broadly, the intellectual world are preparing to celebrate the centenary of the birth of Father Pierre Teilhard de Chardin. The impressive echo of his research, coupled with the radiance of his personality and the richness of his thought, have marked our time in a particular way.

His strong poetic intuition of the deep value of nature, his acute perception of the dynamism of creation and his broad vision of the future of the world, joined in him an undeniable religious fervor. Likewise, his tenacious will to dialogue with the science of his time and his intrepid optimism before the evolution of the world, gave his intuitions a considerable impact.

Upon demands for an explanation as to the status of Teilhard’s writings in light Cardinal Casaroli’s letter, the Holy See Press Office issued a Communique saying that the 1962 monitum had not been officially revised.

The Communique was, of course, too little too late; far later, in fact, than most people realize.

On 16 October 2012, at the XIII Ordinary Synod of Bishops (gathered in Rome to discuss “The New Evangelization for the Transmission of the Christian Faith”), the following intervention was given by Bishop Ägidius Zsifkovics (Eisenstadt, Austria), thus setting the record straight concerning the point at which Teilhard’s rehabilitation officially began:

The dogmatic Constitution Gaudium et Spes expresses the dynamics of the thinking of one of the great believers of the twentieth century: Father Pierre Teilhard de Chardin. I would like to specifically recall his work during this Synod. Whether we like it or not, the global phenomena foreseen by him over sixty years ago surround us today. We all live in a world where the existence of not only the individual person but also all of humanity has become precarious. Teilhard saw life and the universe as a creative movement done by God, a movement which still has not reached its goal. I am convinced that this vision of the Church and the world could indicate a resolution to the crisis and, on the division which exists between faith and life, will have the same beneficial effect on the problems of understanding between Christian reasoning and technological research.

So, if Bishop Zsifkovics was correct, the Second Vatican Council is precisely where Teilhard’s once-condemned propositions found official favor; just as was the case with his brother Jesuit, John Courtney Murray.

In Murray’s case, however, the “rehabilitation” was made explicit with the promulgation of Dignitatis Humanae – the Declaration on Religious Freedom.

With respect to Teilhard, it is more the case that his “rehabilitation” commenced at the Council, with his ideas increasingly finding official favor only gradually thereafter.

His mention in Laudato Si’ represents a milestone to be sure, but the process of his “rehabilitation” is as yet still unfolding, or in conciliar-speak, his ideas are still being implemented.

In the Sunday, 17 September 2017, edition of L’Osservatore Romano (the daily, Italian language edition, pg. 4) one will find another contribution to that effort in the form of an article by Fr. François Euvé, S.J.

Fr. Euvé writes of Teilhard’s “optimism,” saying that it reflected “the enthusiasm of so many men and women of the time, convinced of the widespread opinion that technical progress could contribute to the well-being of humanity.”

Indeed! Among those enthusiastic “men of the time” were, needless to say, the Council Fathers as so clearly expressed in Gaudium et Spes; just as Bishop Zsifkovics stated in his 2012 Synod intervention.

Taken as a whole, Gaudium et Spes, in spite of containing isolated threads of Catholic thought, is little more than an ode to human “progress” – the very word itself cited more than two dozens times.

Turning today to consider Teilhard’s thinking, we must avoid the grave mistake of considering it as a definite system. Instead of making it an intellectual construct, it is best to grasp the underlying dynamism that animates it.

And what exactly is that dynamism?

Teilhard was, above all else, a researcher, aware that research is aimed at achieving a result, but even then it is the highest of human functions, since it [research] is the expression of man’s participation in the creation of a world in genesis.

Once again, we must say that Bishop Zsifkovics had it right.

Gaudium et Spes hails the efforts of modern “science” (i.e., research, progress) dozens of times, even going so far as to say:

Let [the faithful] blend new sciences and theories and the understanding of the most recent discoveries with Christian morality and the teaching of Christian doctrine, so that their religious culture and morality may keep pace with scientific knowledge and with the constantly progressing technology. Thus they will be able to interpret and evaluate all things in a truly Christian spirit. (GS 62)

Get that? Religious culture and morality need to keep pace with science. And here you thought it was the other way around!

This primacy of humankind and its scientific “progress” (so-called) is expressed in Gaudium et Spes no more clearly than in the following astounding proclamation:

According to the almost unanimous opinion of believers and unbelievers alike, all things on earth should be related to man as their center and crown. (GS 12)

Where, pray tell, is man’s obligation to Christ the King to whom all authority belongs over not only things Heavenly, but also over all things on earth?

As Archbishop Lefebvre wrote, “They have uncrowned Him,” and in His place there is man.

It is only upon the dethronement of Christ that one can say, as Fr. Euvé did in summarizing the theology of Teilhard:

In research [i.e., scientific progress], we find the essence of human life, that is, always being able to overcome its present condition. The researcher is not content to see what exists or to explain the functioning of the “machine of the world.” Research does not end in a simple curiosity, though every day deepens our knowledge of reality. The search effort has a creative dimension: “knowing to create”.

In the gnosticism of Teilhard thus described, one finds the notion of man who stands as both creator and redeemer; i.e., the autonomous man.

Once again, let us turn to Gaudium et Spes:

If by the autonomy of earthly affairs we mean that created things and societies themselves enjoy their own laws and values which must be gradually deciphered, put to use, and regulated by men, then it is entirely right to demand that autonomy. (GS 36)

If the absence of Catholic thought in Teilhard’s theology is not obvious enough, Fr. Euvé made it perfectly plain, stating:

The creation of the world is not a punctual action that has been accomplished once and for all in a distant past that would have produced an initially harmonious world, to which mankind has sought throughout history to return after this initial state has failed for man’s guilt (original sin). Teilhard does not share this view and perceives the entire universe in the state of genesis, that is, of continuous creation. Evil is not absent, but it is the temptation to go back, deconstructing what has been built.

Let’s connect some of the Teilhardian dots, shall we…

Man, far from being a fallen creature in need of Redemption, is able thanks to his own efforts (e.g., research, the attainment of knowledge, scientific progress) to continually create and thus to evolve, along with all of creation, toward a never before known harmonious state of existence (the Omega Point).

In this view, “what has been built” can only be built upon further; i.e., one can never “go back.”

This cannot but call to mind the view of yet another heretical Jesuit, Jorge Mario Bergoglio, for whom the Second Vatican Council – the place where Teilhard’s “rehabilitation” commenced – represents a new beginning that can never be breached by a return to tradition.

In conclusion, while the dreadful text Laudato Si’ is noteworthy in its citation of Teilhard, it’s really just one example of how his once-condemned propositions have found official favor in modern day Rome since Vatican II.

Moving forward (at least until such time as God intervenes) we can well expect to see the emergence of ever an more explicit embrace of Teilhard’s errors.