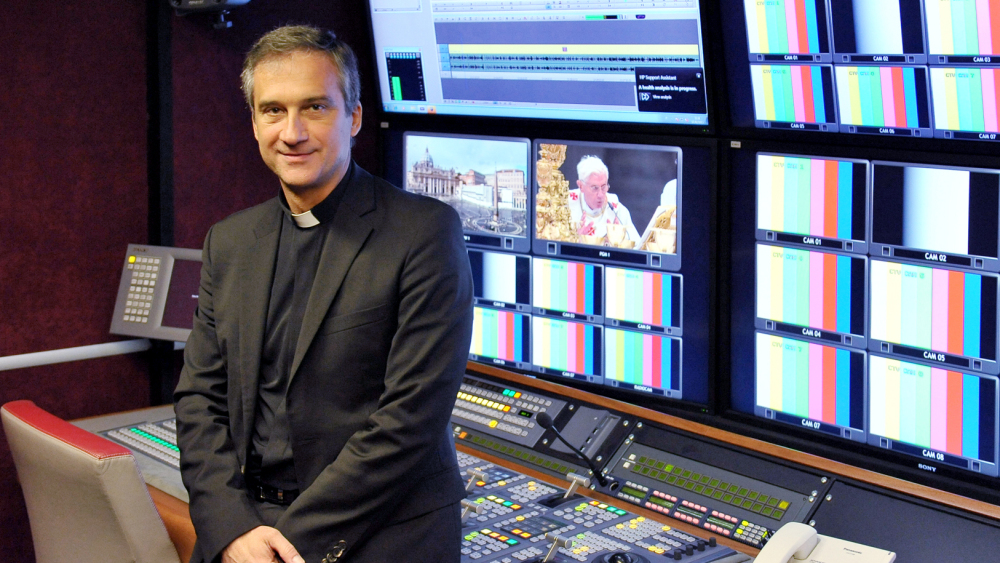 The big news out of Rome these days concerns the letter of Benedict the Abdicator, which was presented to the world a few days ago as an endorsement for the recently published Theology of Pope Francis series of books.

The Vatican has since admitted that the image of the letter disseminated to the media was doctored in order to hide the fact that the Pope Contemplatus has not read the books, and does not plan to read them, ever.

While this is a stellar example of #FakeNews, in and of itself, it’s not really news at all as Rome has been in the business of peddling fakery for quite some time now.

Heck, it was less than sixty days ago that the Vatican PR machine was selling us a story about an impromptu wedding ceremony performed by Francis aboard Heretic One; only to discover that it was planned many months in advance.

For many readers of this space, the first example of Vatican fakery that may come to mind are the bald faced lies that were told about the Third Secret of Fatima in the year 2000.

That was a doozy to be sure, but the art of diabolical deception has been practiced in Rome for much longer than this.

To my mind, the first and most egregious Roman smoke and mirrors act, the one bit of #FakeNews that set the stage for all of the others emanating from the Holy See, is the claim that Vatican Council II is a genuine ecumenical council of the Holy Roman Catholic Church; one of equal (if not greater) standing among the twenty such councils that came before it.

The reality is, folks, Vatican II is not  to be numbered among the ecumenical councils of the Church – because it contains dangerous errors, of course – but even more fundamentally than this, because it did not have the intention to define and bind.

The lack of intent in this case is what precluded the protection of the Holy Ghost and opened the way for the Council to err in the first place.

Parlaying the manufactured solemnity of the phony ecumenical council “Vatican II,” Rome used the occasion to “rehabilitate” a gaggle of theologians who were previously censured for, or suspected of, heresy – men like John Courtney Murray, Yves Congar, Marie-Dominique Chenu, Karl Rahner, Hans Kung, Edward Schillebeeckx, Henri de Lubac, Hans Urs von Balthasar; presenting them to the world as “experts,” as if they were among the greatest theological minds of the age.

Following the Council, the fakery would continue most notably with the claim that the Novus Ordo Missae is an authentic form of the one Roman rite that has been given to the faithful from the hand of Holy Mother Church herself, when, in fact, it came directly from the hands of sinful men in defiance of this same Holy Mother.

Even among persons that I respect, many find this nearly impossible to acknowledge. Of them, I simply ask:

Would Holy Mother Church present a liturgy to her children that contains heresy; that is, a rite that poisons their soul and leads them out of the one true faith?

The answer, of course, is a resounding no, and yet, it cannot be denied that the Roman Missal for the Novus Ordo Missae  does indeed contain such poison. (Read HERE.)

With the ersatz Council and its manmade Mass swallowed hook, line and sinker by the overwhelming majority of self-identified Catholics, the scoundrels in Rome moved on to producing all manner of #FakeNews designed to bolster the illusion of Catholicity and further cement the loyalty of their gullible audience.

One also thinks of the spate of make-believe canonizations that have taken place, hailing the “heroic virtue” of people who would hardly have been recognized as Catholic just over half-a-century ago – people like Karol Wojtyla who prayed for John the Baptist to “protect Islam,” the glorified social worker Mother Teresa who eschewed the spiritual works of mercy, and the “good” Pope John who told tall tales about “a bolt of heavenly light” moving him to call the Council when, according to credible sources, he had discussed his intention to do so even before his election.

Coming now to the present day, the “so-called pontificate of Francis” (to quote dear Fr. Gruner once more) has been an exercise in fakery and illusion from day one; literally.

Recall Bergoglio’s first words from the loggia as “Francis.”

You know that the duty of the conclave was to give a bishop to Rome. It seems that my brother cardinals went almost to the end of the world to get him. But here we are.

Oh, how charming! He acknowledged that he is an outsider! And notice how he chose to refer to himself as ‘bishop of Rome’ as opposed to Holy Roman Pontiff!

Yes, indeed, and how utterly phony.

Bergoglio had apparently done his homework in preparation for the big day; research that seems to have included studying the greeting delivered by Karol Wojtyla on the day of his elevation when he said:

And now the most eminent cardinals have called a new bishop of Rome. They called him from a far-away country…

In the literary world, we call this plagiarism.

Moving on, the Vatican PR machine kicked into high gear, painting the Argentinian as a never-before-seen model of papal humility; its star witness being Francis himself as he posed for countless photo-ops before the seductive tones of the media’s clicking camera lenses.

Since then, reports of Curial employees who live in fear of the humble one are commonplace.

Let us not forget, however, that the stage was set for the Bergoglian propaganda operation by yet another audacious act of fakery – the so-called “resignation” of Benedict the Abdicator, who, according to no less an authority than his longtime and current personal secretary, Archbishop Ganswein, thereby sought to transform the Petrine Office by dividing its duties among two men.

At this, we have come full circle, and the bottom line is simple:

Those who have grown weary of #FakeNews and a #FakeChurch; desiring instead that which is authentic, real, and above all Catholic, must seek the voice of Holy Mother Church as she continues to speak in tradition – in the venerable ecumenical councils of the past, in the pre-conciliar magisterium, and in the Traditional Roman Rite.

Please help akaCatholic “keep it real.” Thank you in advance.