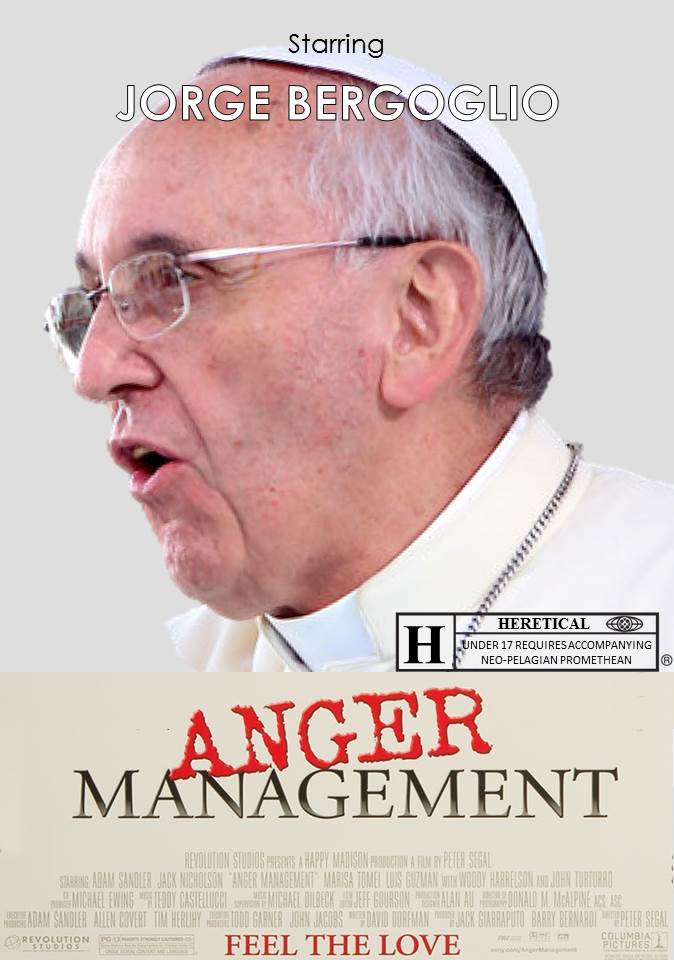 Based upon decades of extensive clinical experience, Dr. Fitzgibbons observes:

As we follow the continuous succession of ambiguous statements from the Vatican, it’s troubling to see the obvious anger expressed toward St. John Paul II and his teaching. This anger is not expressed in a clear and direct manner, but rather in an anger of the passive-aggressive type, i.e., anger expressed in a covert or masked way. This anger has been manifested primarily by ignoring his work, much as a spouse expresses anger in marriage by the silent treatment.

Specifically, Dr. Fitzgibbons is referring to “the deliberate ignoring of Familiaris Consortio in the recent Synods on the Family and in the exhortation following, Amoris Laetitia.”

Citing Francis’ recent approval of the Buenos Aires bishops’ directive “welcoming (in however restricted a fashion) to Communion those who are living in mortal sin,” Dr. Fitzgibbons said:

Pope Francis claimed this action is supported by chapter eight in Amoris Laetitia. This position, however, directly opposes St. John Paul II’s merciful writing on this sensitive issue in Familiaris Consortio, n. 84, and 2,000 years of Church teaching, which forbid such a practice.

Dr. Fitzgibbons went on to say, “The passive-aggressive anger against St. John Paul II’s legacy is difficult to understand.”

Now, I’m no psychiatrist, but I think I can explain what’s going on here.

Narcissistic personality disorder (NPD) is a long-term pattern of abnormal behavior characterized by exaggerated feelings of self-importance, an excessive need for admiration, and a lack of understanding of others’ feelings. People affected by it often spend a lot of time thinking about achieving power or success, or about their appearance. (cf Diagnostic and Statistical Manual of Mental Disorders: DSM-5, pp. 645, 669–72)

Does this sound like anyone in particular? Like perhaps a certain Argentinian in white who never seems to tire of romancing the lens of the Humblecam, is rarely more content than when a live microphone is in his hand, and cannot berate those who think differently than himself nearly enough?

Narcissism, however, is just the tip of the iceberg.

According to the late psychologist Dr. Theodore Millon, who is best known for his work on personality disorders, among the personality traits exhibited by narcissists are “calculating, ruthless, rancorous, biting, merciless, desires revenge.” (cf Disorders of Personality: DSM-IV-TM and Beyond, p. 393)

Again, sound familiar? Like perhaps the man who masterminded the dog and pony shows known as Extraordinary Synod 2014 and Ordinary Synod 2015 only to arrive at a predetermined outcome, destroyed a thriving religious order for daring to exhibit “Crypto-Lefebvrean tendencies,” has hurled more degrading insults at tradition-minded Catholics than one could ever even begin to count, and ran a certain American Cardinal out of the Curia for questioning the doctrinal weight of Evangelii Gaudium?

As spot-on as the diagnosis of Jorge Mario Bergoglio has been thus far, the one personality trait that stands out from all the rest as described by Dr. Millon is simply this: hateful.

As I wrote nearly 18 months ago: Francis hates the Catholic faith. Period. End of discussion.

No man can serve two masters. For either he will hate the one, and love the other: or he will sustain the one, and despise the other. You cannot serve God and mammon. (Matthew 6:24)

Mammon is typically considered to mean “riches,” and more specifically, that in which one puts undue stock; even to the point of making of said riches an object of devotion.

Though “mammon” most often calls to mind money, that’s not necessarily the case.

In the verses preceding Mt. 6:24, Our Lord gives a lengthy discourse wherein He offers three examples of “hypocrites” who have “received their reward;” namely, men who practice piety, give alms, and fast in such way as to win the acclaim of others.

With this understanding in mind, can there be any doubt that Francis loves the mammon of worldly acclaim?

And let’s not be naïve; it most certainly isn’t because he strikes an image of Jesus Christ that is so clear and compelling as to be irresistible; far from it!

No serious observer will contend that Francis is beloved for his intrepidness in teaching the one true faith. Rather, it is most certainly the case that he is loved by so many for the exact opposite reason; he hates the one true faith and has been undermining it from nearly the moment he stepped foot on the loggia at St. Peter’s over three years ago.

This much is entirely evident if one simply allows the man to speak for himself.

So, to those sincere souls who still feel compelled to “figure out” the complexities of Francis vis-à-vis his deeply disturbing words and deeds, I say labor no more.

The impetus for his behavior is at once exceedingly simple and immensely tragic: