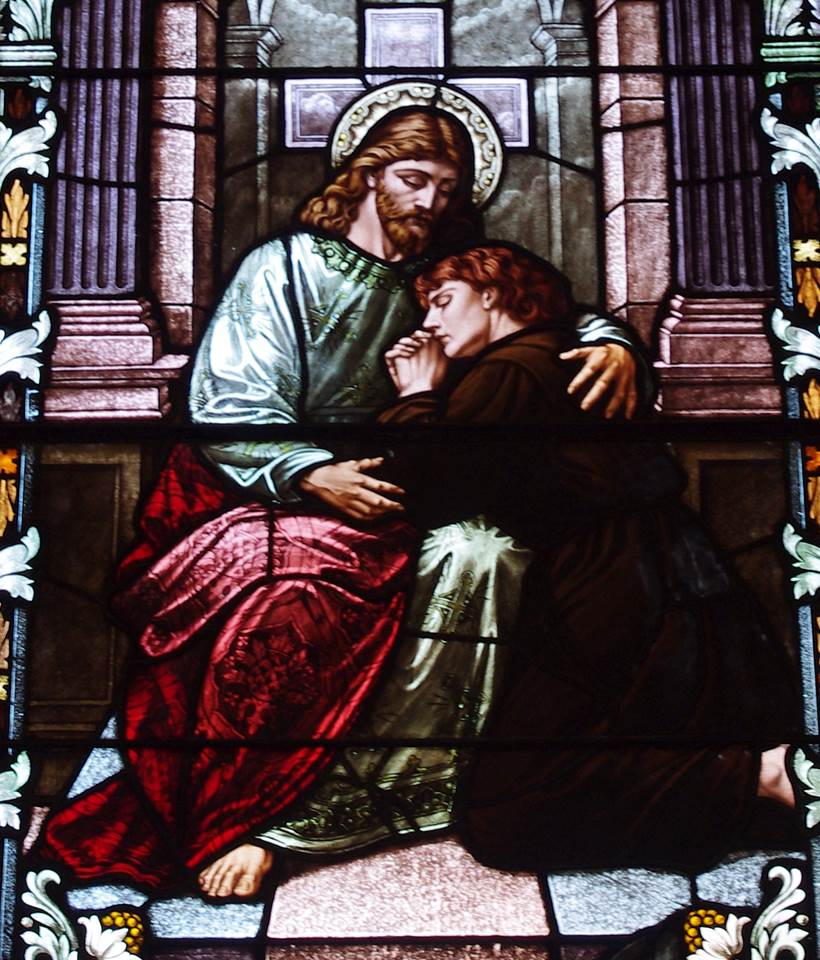 There’s an awful lot of talk these days about the “internal forum” thanks to Francis & Company’s desire to turn it into a kangaroo court wherein one can supposedly plea bargain mortal sin down to a mere venial offense; all in the name of “mercy.”

To illustrate how the internal forum is supposed to work, perhaps a story will help…

There once was a young man, a “cradle Catholic,” who at the age of 19 and with precious little forethought simply ceased practicing the Faith.

He continued to pray every day, and still considered himself a Catholic, but somehow he found it rather easy to just leave the Mass and the Sacraments behind.

Having entered the first grade in the late 1960’s, his formation in the Faith was so poor (in spite of twelve years of Catholic school) that he was never taught that the Eucharist is the Real Presence of Christ, much less that Holy Mass is a re-presentation of the Lord’s Sacrifice. And this after being an altar boy for several years!

At the age of 27, he was married outside the Church to a non-Christian woman. The couple settled down, and together they had a couple of children.

Eight years later, a profound conversion experience not only brought the man back to the practice of the Faith, but also instilled in him a passion to learn all that he could about Catholicism.

Bear in mind, at the time, this man didn’t know that “traditionalism” even existed. The internet wasn’t nearly what it is today, and pretty much all of his “learning” was derived from Novus Ordo sources.

As such, the process of discovering the truth, the whole truth, was very slow and took place bit by bit.

At some point after his “reversion,” in a lengthy face-to-face Confession, he spoke with the priest about the state of his marriage. At the time, he knew enough to be concerned that all was not well, but the priest assured him that there was no need to seek a remedy of any kind, much less was it necessary to refrain from the Sacraments.

In time, however, he eventually came to realize that he had been misled, and that his marital situation did in fact need to be remedied.

So, he consulted yet another priest, a Monsignor at a local parish, who was helpful in laying out what had to happen in order to validate the marriage in the eyes of the Church (though, apart from his wife’s conversion, it could never become a sacramental marriage).

The necessity of refraining from the Sacraments until such time as the marriage was validated was never discussed; much less was the necessity of practicing continence.

At some point thereafter, as his self-directed formation continued, the man came to realize that he could no longer receive the Sacraments due to his “irregular situation,” as some prefer to call it.

So, for a period of years, even though he continued to assist at Mass every single Holy Day, he refrained from Communion and Confession.

By the grace of God, finally, two very important and necessary things happened:

First, the canonical process of validating his marriage was undertaken; in this case, Sanatio in Radice (radical sanation).

Secondly, he very shortly thereafter entered into spiritual direction with a faithful priest who understood well how the internal forum is supposed to work.

At the time of his first spiritual direction meeting, the radical sanation of the man’s marriage was pending. Even though all indications were that validation was forthcoming, the matter was still in the hands of the Tribunal and it had yet to be made official.

During that initial session, the man told his spiritual director that he had been overcome with a pressing need to Confess during the previous week, and so even though the validation of his marriage wasn’t yet “official,” he had gone to Confession just a few days earlier.

The priest, well aware of his own obligations, said:

“Your desire to confess is good and appropriate. It comes from God. But either we believe what Holy Mother Church teaches or we don’t. The truth is, that confession wasn’t valid.”

“Once your marriage is validated,” he went on, “you’ll need to make a good Confession covering all of the years since you last validly confessed before you can receive Holy Communion. In fact, you should make a general Confession of your entire life, asking the Holy Spirit to enlighten you.”

“Look, it sounds like we have every reason to believe that the validation of the marriage is forthcoming, but this is the Church we’re talking about. You may find an official notice in your mailbox when you get home today, but then again, it may take weeks or even months. So…”

With the gentleness and firmness of a true father he went on:

“What do you think of sitting down with your wife when you get home, and letting her know that between now and when the marriage is officially validated, the two of you will live as brother and sister; refraining from sexual relations, and offering that sacrifice to the Lord as a way of seeking His blessing upon your marriage?”

It was a question, but not really…

The man didn’t hesitate for even moment. It was clear to him that Christ was speaking, and these were the words of everlasting life; the words he had been seeking for so many years.

“I’m fully on board,” he responded.

“Even if you do happened to find that official notice in your mailbox today, know that the Lord is pleased with your willingness to trust in the guidance that comes to us from the Church. No matter how long it takes, He will reward your docility with His grace.”

On the way home from that meeting, the man called home to let his wife know that he was on the way.

“Hey, guess what,” she said. “There’s a message on the answering machine from the Monsignor saying that he received the final paperwork from the Archdiocese today. We’re officially married!”

I know for a fact that the Church wasn’t wanting for mercy prior to the coming of Francis; in particular, as it concerns those in so-called “irregular situations.”

I know from firsthand experience that the Church bends over backwards to provide a remedy for every situation that can possibly be remedied.

I know very well that there is no distinction to be made whatsoever between calling the children of the Church to account for faithful adherence to the Divine Law and genuine acts of accompaniment; they are one and the same.

I know that God is good beyond measure; He is ever merciful and never ceases to condescend to give us everything that we need in every situation, if only we are properly disposed to receiving it.

All of that said, I also know that the Lord desires to guide and to bless His people through the ministry of His priests; so much so that He allows them to lead the flock astray should they themselves depart from the truths of the Faith.

Woe to those who do so lead the faithful astray, either by actively promoting the false mercy being peddled by Francis, or in what they fail to do by refraining from condemning his offenses loudly and clearly!

Let not many of you become teachers, my brethren, for you know that we who teach shall be judged with greater strictness. (James 3:1)

Another valuable lesson in neo-conservatism

Holy Week all over again