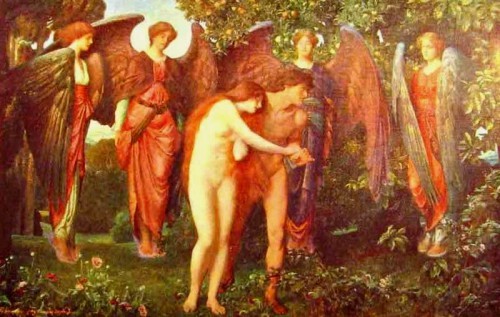 As the Church awaits the post-Synodal Apostolic Exhortation wherein one may reasonably expect Pope Francis to lay out a pathway for unrepentant public adulterers (and perhaps even active homosexuals) to receive Holy Communion, it occurs to me that collectively we may not be taking the matter quite seriously enough.

Sure, many lament that such a scenario, if indeed it is to unfold, would be a magnificent offense against Our Blessed Lord, and even some among the neo-conservatives are beginning to acknowledge that Pope Francis is unilaterally responsible.

What often appears missing, however, is a sense of holy fear.

To describe what I have in mind, I’ll share a true story.

More than a decade ago, when out of town on a business trip, I went to Mass (Novus Ordo) at a nearby parish.

At Communion time, I approached the priest (standing, of course), who then presented the Eucharist, not by elevating the Host as expected, but by holding it up to an area just above my belt buckle. It was obvious to me (as I later confirmed in speaking with him) that his intent was to coax me into receiving in the hand; something I’ve never done.

Overlooking his none-too-subtle gesture, I proceeded as usual; with hands folded, I closed my eyes, said “Amen,” opened my mouth and awaited the Blessed Sacrament.

At this, an inordinate amount of time passed… It was probably less than 10 seconds, but it felt like a lifetime.

At last, the priest let out a loud sigh of exasperation and literally shoved the Eucharist in my mouth, forcefully. In hindsight, it is clear to me that the encounter was nothing less than diabolical.

When I returned to my place and dropped to my knees to pray, my entire body was shaking uncontrollably.

I grew up in a fairly rough environment. I don’t scare easily, even when such would be useful, but at that moment; for a reason I didn’t yet fully understand, I was absolutely terrified. I never experienced anything so intense either before or since.

Trying unsuccessfully to still myself, I prayed, “Blessed Mother, what is happening?”

Then it occurred to me; I was in the presence of the Lord’s almighty wrath.

The closest thing I could relate it to are those times as a kid when my little brother was about to feel the full weight of our father’s heavy hand for something he had done wrong. Even though I wasn’t the one in trouble; just being in the presence of that anger was scary nonetheless.

That overwhelming sense of awe, experienced some fifteen years ago when a simple parish priest provoked the Lord’s fury by failing to reverently safeguard the Eucharist during an unfortunate encounter with a stranger, is precisely what I mean by “holy fear.”

This is what we should contemplate at the thought of Pope Francis possibly creating pathways to Holy Communion for those improperly disposed; thereby setting in motion what will amount to systematic irreverence for the Blessed Sacrament throughout the world, to say nothing of the harm such would bring to poor souls.

I can imagine that some might feel compelled to point to the Communion in-the-hand indult as having effectively accomplished the same, but truly there is no precedent for the present situation.

To bring into focus just how gravely serious the Almighty takes this particular matter, we do well to recall what took place in the Garden of Eden immediately after the Fall:

And the Lord said: Behold Adam is become as one of us, knowing good and evil: now therefore lest perhaps he put forth his hand and take also of the tree of life, and eat, and live forever. And the Lord God sent him out of the paradise of pleasure, to till the earth from which he was taken. And he cast out Adam: and placed before the paradise of pleasure Cherubim, and a flaming sword, turning every way, to keep the way of the tree of life. (Gen 3:22-24)

If God saw fit to prevent the improperly disposed Adam and Eve from partaking of the Tree of Life, for their own good, even to the point of placing Cherubic sentinels in their way and a flaming sword in their path, how can we fail to tremble at the thought of what is unfolding right before our very eyes at this moment?