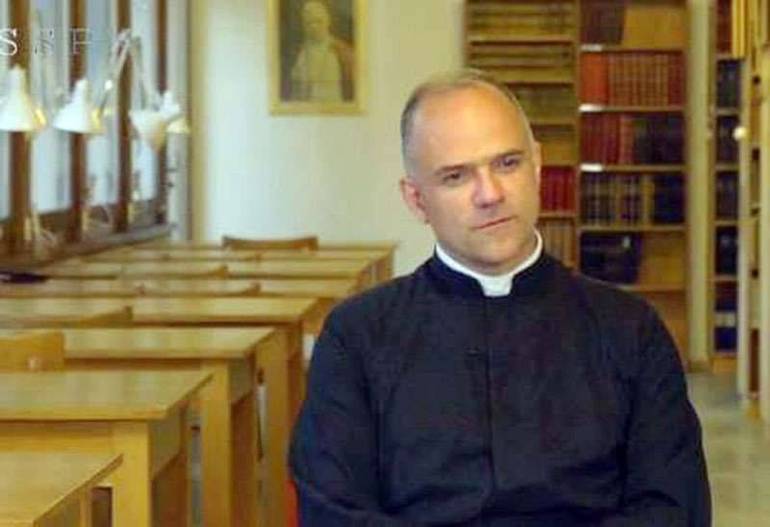 On 11 July 2018, the Priestly Society of St. Pius X (FSSPX) elected a new Superior General – Fr. Davide Pagliarani, until then, the District Superior of Italy.

Based on its public commentary of the past two years or so, it is unfortunately difficult to say what the SSPX considers its greatest challenges in the present day.

I’ve written rather extensively in this space about the mixed and contradictory messages that have been coming from the SSPX in recent years. I won’t repeat those concerns here other than to say that a sincere seeker of truth today may very well come away from their website more confused than ever as to what is, and what is not, consonant tradition.

As of this moment, it seems that the SSPX has lost sight of the grave necessity of having a very clear and consistent public stance on the current state of affairs in the Church; offering bold and unambiguous condemnations of every blasphemy and heresy that comes forth from men in authority who are trusted by many.

Doing so in our day requires, above all, a willingness to address head-on the unprecedented mockery that is being made of the papacy. One thinks back to October of 2013 and Bishop Fellay’s public declaration, which has since faded into a deafening silence, “We have in front of us a genuine Modernist!”

Returning to such clarity and conviction, in my view, is the major task that lies before the SSPX, and only time will tell if the election of a new Superior General will make a difference in this regard.

One thing is certain: To the extent that the SSPX is pleased to operate – as it has appeared of late – under the assumption that it is enough to simply minister to their own, to focus on priestly formation, and to manage their own internal affairs, while taking care not to offend neo-conservative sensibilities, it will ultimately fail to adequately serve the needs of God’s people in the present day.

Writing in the August 2008 issue of Si Si No No, Fr. Pagliarani said of Vatican II:

The very finality of the Council, convoked with the explicit intention not to define truths of faith and not to condemn error (cf. Gaudet Mater Ecclesia), inaugurated a magisterium with a novel method and approach… the Second Vatican Council was convoked not to define dogmas, correct errors, or condemn doctrinal deviations as in the past, but to bond with the modern world. This decision to leave aside any intention of imposing certain truths of faith meant that the Council was intended to abstain from teaching in the objective, traditional, and magisterial sense of the term.

These words were written nearly a decade ago and one wonders:

Does Fr. Pagliarani believe that the Society has a duty to teach in the objective, traditional, and magisterial sense of the term, and if so, does he still believe that this necessarily involves correcting errors and condemning doctrinal deviations, otherwise it will merely be bonding with the modern world?

We shall see. In the meantime, let us pray and fast for the SSPX and for Fr. Pagliarani, as clearly he has a lot of important work to do.

Archbishop Cordileone is no Cardinal Burke! Or is he?