Home
Blog Post
Which is worse: Arianism or Bergoglianism 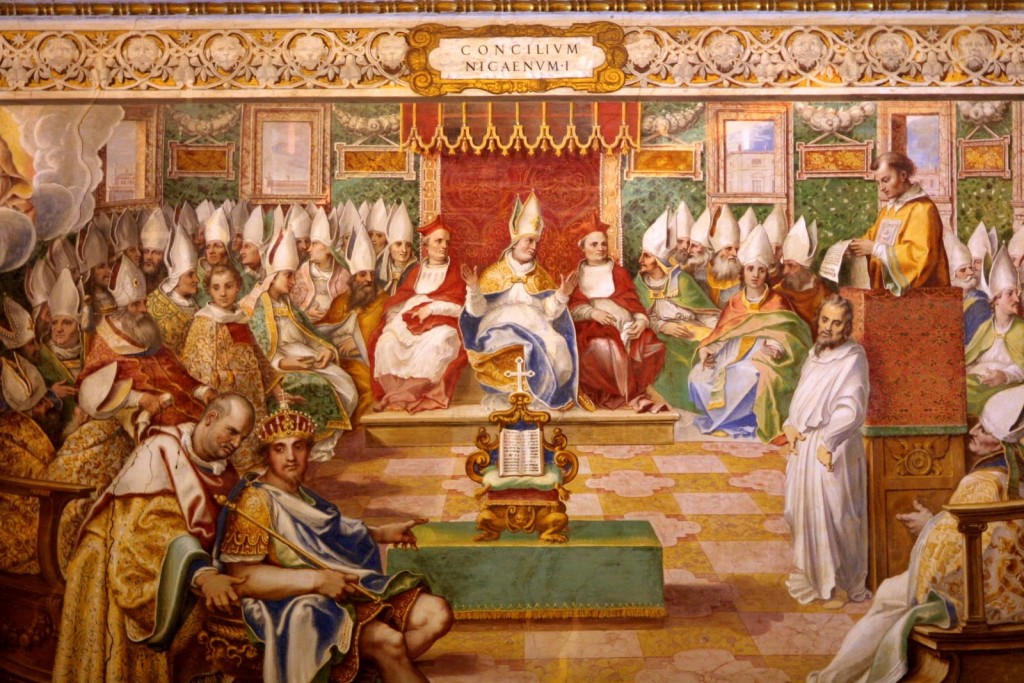 How terrible it must have been for those poor Catholics living in the early fourth century as the Arian heresy was raging throughout the Church like a wild fire.

In a June 2014 interview, Bishop Athanasius Schneider described it as the “deepest crisis” in Church history:

This was a tremendous crisis, all the episcopacy, almost all, collaborated with the heresy. Only some bishops remained faithful, you could count them on the fingers of one hand. This crisis lasted more or less 60 years.

Imagine, for the overwhelming majority of Catholics alive at that time, their very own bishop was either entirely complicit, or was at the very least silently complacent, in the heresy. How tragic!

For those who may perhaps be unaware, the Arian heresy derives its name from the heresiarch, Arius, a priest. To briefly quote from the 1917 Catholic Encyclopedia:

He described the Son as a second, or inferior God, standing midway between the First Cause and creatures … Such is the genuine doctrine of Arius. Using Greek terms, it denies that the Son is of one essence, nature, or substance with God; He is not consubstantial (homoousios) with the Father, and therefore not like Him, or equal in dignity, or co-eternal, or within the real sphere of Deity.

As for Arius himself, the Catholic Encyclopedia states that “his moral character was never impeached.”

The historical record on the man Arius, beyond his involvement in popularizing the heresy that bears his name, is rather thin, but there is no indication whatsoever that he was in any way negligent in his sacred pastoral duty to safeguard the Most Holy Eucharist, or was somehow wont to downplay the gravity of mortal sin.

Within the confines of my own diocese (and very likely yours as well), there are any number of parishes where the members would arguably be more likely to attain to, and remain in, a state of grace if Arius was their pastor!

Please don’t misunderstand me – the Arian heresy represented a “tremendous crisis” indeed, but even as churchmen were arguing about the divinity of Christ and bickering over the precise theological language necessary to define the Son’s relationship to the Father, there is evidence that the faithful were still being well-formed as to the demands of the Christian life and firmly instructed on the requirements for receiving Holy Communion.  (See Council of Elvira, 309 A.D.)

Admittedly, I’m no historian, but I’ve read nothing to suggest that the laity at the time of the Arian heresy, unlike today, were routinely led by their pastors into moral laxity on matters like adultery, fornication and homosexual activity, nor is there any indication that the faithful were invited to engage in grave acts of Eucharistic sacrilege by their bishops and priests; much less their pope.

While Pope Liberius is alleged to have signed a semi-Arian profession under duress, and Pope Honorius some three centuries later failed to safeguard the doctrine of the faith against the Monothelites in letters addressed to the Patriarch of Constantinople, and Pope John XXII (b. 1249) preached sermons containing an error of which he later recanted, Francis stands alone.

In fact, it’s not a stretch to imagine that, if alive today, all three of the aforementioned popes of history would gladly affix their own names to the now famous dubium!

Never before has a pope made use of a formal papal instrument to disseminate throughout the Universal Church errors that were plainly condemned, almost verbatim, by an ecumenical council. (See HERE and HERE.)

Francis has even gone so far as to call into question – again, via a formal papal instrument disseminated throughout the Universal Church – the very existence of intrinsically evil acts that admit of no exception!

As Bishop Schneider reflected on the Arian heresy (above), the opening of the first of the two Synods on the Family was still more than three months away.

Even so, he put that tumultuous period in the Church’s history in perspective for those of us living in the dark shadow of Amrois Laetitia by saying:

“To my knowledge and experience, the deepest wound in the actual crisis of the Church is the Eucharistic wound; the abuses of the Blessed Sacrament.”

Let it be said, and perhaps Bishop Schneider would agree, today, the wound in the Church is without question the deepest it has ever been.

While there is much about which we can debate, that the present crisis is entirely unprecedented is beyond all doubt; so much so that it is no exaggeration to say that the Church vis-à-vis her mission of leading souls to salvation is in far more disarray today than it was even during the days of the Arian heresy.

Pray and fast for the conversion of Jorge Bergoglio indeed; make acts of reparation for the terrible offenses leveled against Christ the King often, but be certain to intercede for yourself and your loved ones as well – that we may be given the grace to discern and defend the truth amid so much confusion.