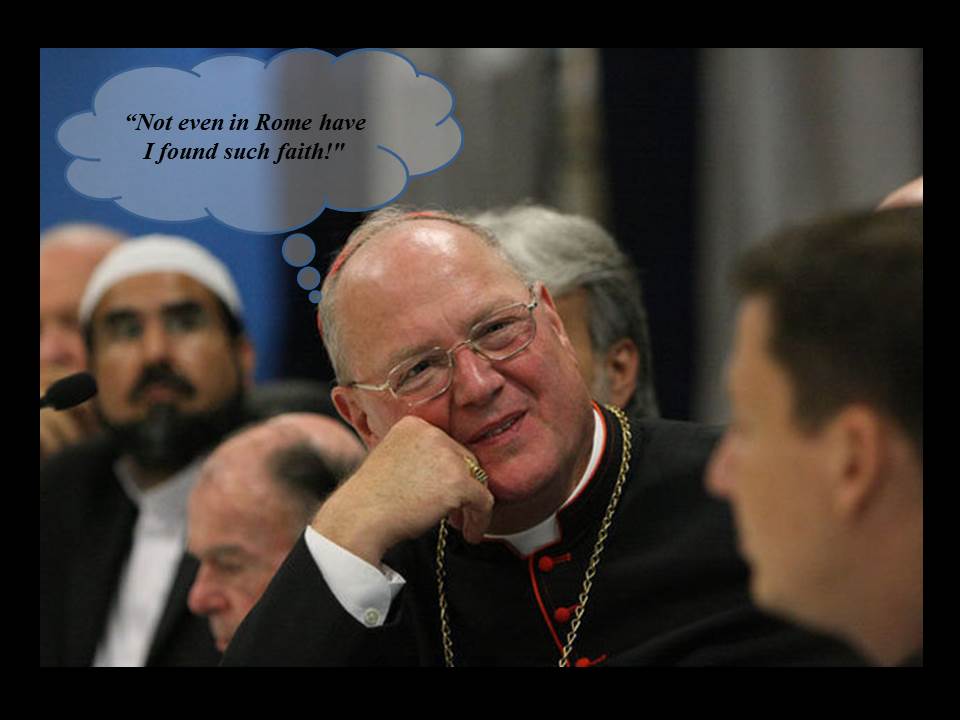 In his Angelus address of June 30, 2013, Pope Francis spoke of the difference between being moved by a conscience that is informed by “the voice of God” and simply doing “whatever suits us.”

So we also must learn to listen more to our conscience. Be careful, however: this does not mean we ought to follow our ego, do whatever interests us, whatever suits us, whatever pleases us. That is not conscience. Conscience is the interior space in which we can listen to and hear the truth, the good, the voice of God. It is the inner place of our relationship with Him, who speaks to our heart and helps us to discern, to understand the path we ought to take, and once the decision is made, to move forward, to remain faithful.

Clearly, those who practice a false religion, even if in ignorance, are not following the voice of God.  So, how are we to square this exhortation from the Holy Father with the rhetoric of those American bishops who never seem to tire of encouraging Catholics to pray for  “the freedom of conscience of all people of faith,” without any distinction whatsoever being made between a conscience formed in the one true faith that comes from God and those who claim recourse to a conscience formed in one of the many false religions that oppose Him?

This, of course, is a rhetorical question. Only the dictates of a conscience informed by God enjoys an absolute claim to freedom by divine right, but given the manner in which our prelates preach these days you’d never know it.

Consider, for instance, the homily delivered at St. Patrick’s Cathedral on June 21st by Cardinal Timothy Dolan to mark the start of the Fortnight for Freedom as reported in his diocesan newspaper:

“I was inspired to hear these people of deep Islamic faith speak glowingly about the United States of America,” he [Cardinal Dolan] said. Many of those he met had come to New York in the 1990s, for a stake in the freedom America promises, especially religious freedom.

“They wanted to be able to live out their faith and follow the deepest convictions of their conscience and they came to America. They want now to become loyal American citizens…without ever sacrificing their deepest religious convictions. They tell me they know of no other country in the world that would welcome them as the United States has.”

While a Prince of the Church applauding “people of deep Islamic faith” may be shocking – especially at this time when Catholics are being slaughtered by Muslims who are Hell bent on following the dictates of their own “deepest convictions” – it’s really nothing more than the logical extension of the absurdities of the post-conciliar order wherein the crown has been removed from the head of Christ the King and placed upon an idol named “conscience.”