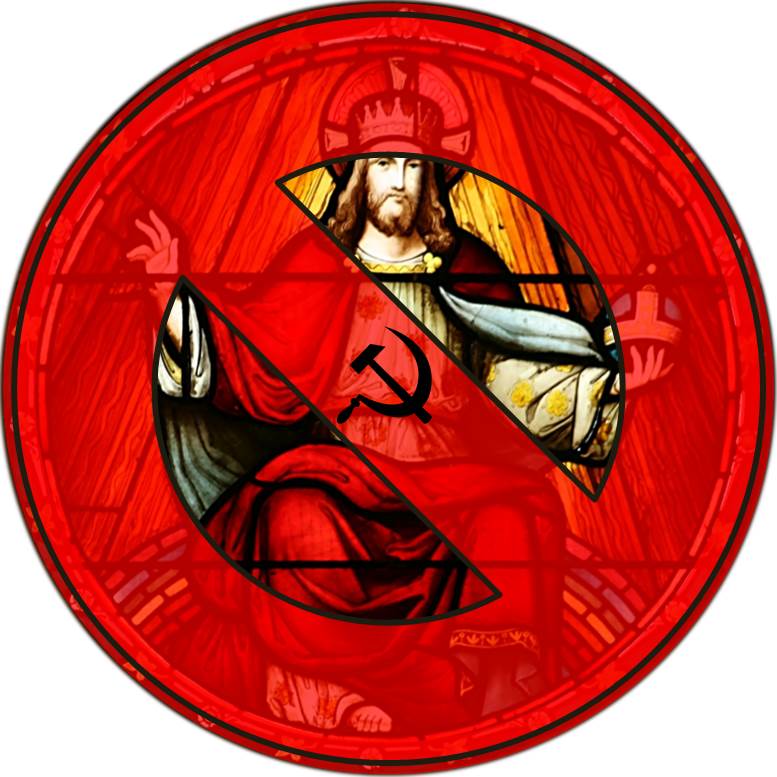 In a previous post, I promised to look a bit more closely at Cardinal Burke’s presentation as given in Louisville, KY, on July 22 at the Church Teaches Forum; pointing out whatever good and praiseworthy things he had to say, while also shining the light of truth on those things that are false and dangerous.

Bear in mind as we proceed that the theme for the conference was “The Message of Fatima: Peace for the World.”  We’ll return to this at the conclusion to this post.

Let’s begin our examination with some positive statements offered by Cardinal Burke:

Some time ago, a Cardinal in Rome commented on how good it is that the secular media are no longer attacking the Church, as they did so fiercely during the pontificate of Pope Benedict XVI. My response was that the approval of the secular media is, on the contrary, for me a sign that the Church is failing badly in her clear and courageous witness to the world for the salvation of the world.

While one may rightly express frustration at the Romanitas by which Cardinal Burke takes aim at Francis without naming him, there can be no doubt that he is charging His Humbleness himself with “failing badly.”

More noteworthy, in my view, are the following statements:

In a diabolical way, the confusion and error which has led human culture in the way of death and destruction has also entered into the Church …

For whatever reason, many shepherds are silent about the situation in which the Church finds herself or have abandoned the clarity of the Church’s teaching for the confusion and error which is wrongly thought to address more effectively the total collapse of Christian culture …

Observing the centennial of the apparitions of Our Lady of Fatima, we must recall how her Message or, as it is sometimes called, her Secret, is principally meant to address a widespread apostasy in the Church and the failure of the Church’s shepherds to correct it.

Once again we find Cardinal Burke publicly affirming a truth that he once rejected; namely, that the Fatima message concerns a crisis of faith within the Church – an abandonment of the Church’s teaching that is properly called “an apostasy,” and what’s more, it is “diabolical.”

In isolation, these statements are “good and praiseworthy” indeed.

As we know, however, they were not given in isolation. In fact, they were delivered in a presentation that also included any number of very dangerous propositions that directly undermine the message of Fatima and the warning that Our Lady came to deliver.

What Cardinal Burke clearly fails to realize is that the apostasy of which Our Lady forewarned is precisely that which entered the Church “in a diabolical way” at Vatican II.

He even went so far as to suggest to his audience that “our response to the exceedingly difficult times in which we are living” must include entering more deeply into the teachings of the Council via the new Catechism of the Catholic Church – a work that is masterfully laced with modernist poison.

We need saints to rise up in our day.  We also need lay people, the rank and file, to put their noses collectively into books like the Catechism of the Catholic Church and get informed.

Fr. Z even provided a handy-dandy link to Amazon to make it easier for his readers to purchase the book.

In reality, the Catechism of the Catholic Church (CCC) is the last place anyone who is serious about their faith needs to put their nose!

Make no mistake: The CCC exists for the sole purpose of propagating the conciliar faith – not the Catholic faith – it is, in fact, a major contributor to the “confusion and division” bemoaned by Cardinal Burke.

Many examples can be cited, but let’s consider one that Cardinal Burke unwittingly provided in his address when he said:

Needless to say for regular readers of this space, “our necessary relationship” with God can in no way be lived apart from an abiding recognition of the Sovereign Rights of Christ the King and the duty incumbent upon all individuals, societies and states to publicly honor, worship and serve Him. 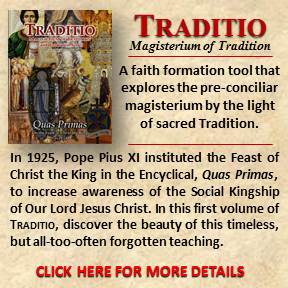 That particular doctrine, however, has no quarter in the Catechism of the Catholic Church – a text that proposes to teach the Council’s novel notion of religious liberty as put forth in Dignitatis Humanae, which insists that man “must not be prevented from acting according to his conscience especially in religious matters.” (CCC 1782)

In other words, the CCC is promoting the error, long since condemned by the Church, that man has the right to choose whatever religion his conscience happens to find most suitable; even if that religion (as all false religions do) constitutes an outright rejection of Our Lord’s Kingship; a doctrine that receives only lip service in the new Catechism:

It does not contradict a sincere respect for different religions which frequently reflect a ray of that truth which enlightens all men,” nor the requirement of charity, which urges Christians to treat with love, prudence and patience those who are in error or ignorance with regard to the faith …

The social duty of Christians is to respect and awaken in each man the love of the true and the good. It requires them to make known the worship of the one true religion which subsists in the Catholic and apostolic Church. Christians are called to be the light of the world. Thus, the Church shows forth the kingship of Christ over all creation and in particular over human societies. (cf CCC 2104, 2105)

One notes the conciliar phrase “subsists in” (cf LG 8), which amounts to the practical denial that the Church of Christ, wherein alone exists the one true religion, is  the Catholic Church.

In any event, what we see here is the mission of the “Church Militant” (an expression not found in the CCC) – to bring all men and all nations under the “sweet and saving yoke of Christ the King” (cf Quas Primas) – has been reduced to one of endless faith sharing; i.e., it is a mission to dialogue.

The missionary task implies a respectful dialogue with those who do not yet accept the Gospel. Believers can profit from this dialogue by learning to appreciate better those elements of truth and grace which are found among peoples, and which are, as it were, a secret presence of God. (cf CCC 856) [Emphasis in original] 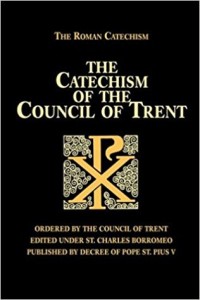 Thus has the mission given by Our Lord of baptizing the nations and teaching them everything whatsoever that He commanded (Matthew 28:19-20) become one of learning, wherein even the Church stands to benefit.

In order to accept the CCC’s false teaching, one would have to believe that this “secret presence of God” allegedly found in the false religions can in some way add to the fullness of Divine revelation entrusted to the Holy Catholic Church alone!

Many more examples could be provided attesting to the poisonous nature of the CCC, but I trust that the point has been made.

In conclusion, Cardinal Burke’s presentation not only failed to promote The Message of Fatima: Peace for the World, it promoted the exact opposite; precisely that which Our Lady came to prevent.

In fact, Cardinal Burke (inadvertently, to be sure) contributed to the spreading of Russia’s errors; the centerpiece to which (as I argue HERE) is the rejection of the Sovereign Rights of Christ the King.

What’s worse is that the innocent, trusting in His Eminence, are led to believe that Our Lady of Fatima will be well served by following his deadly advice.

Cardinal Burke’s address received a great deal of positive coverage in Catholic media, which, at least in my reading, largely chose to heap praise on his denouncement of an “idolatry of the papacy” to the utter exclusion of any condemnation of the grave errors that are addressed here; i.e., none saw fit to issue a warning to the innocent.

This is why Cornelia Ferreira, our other contributors, and yours truly are determined to swim against the tide that has overtaken so much of traditional Catholicism (names named HERE), and to defend the message of Fatima in its fullness regardless of cost.

Another look at the Christmas Address to the Curia

The call to CONVERT