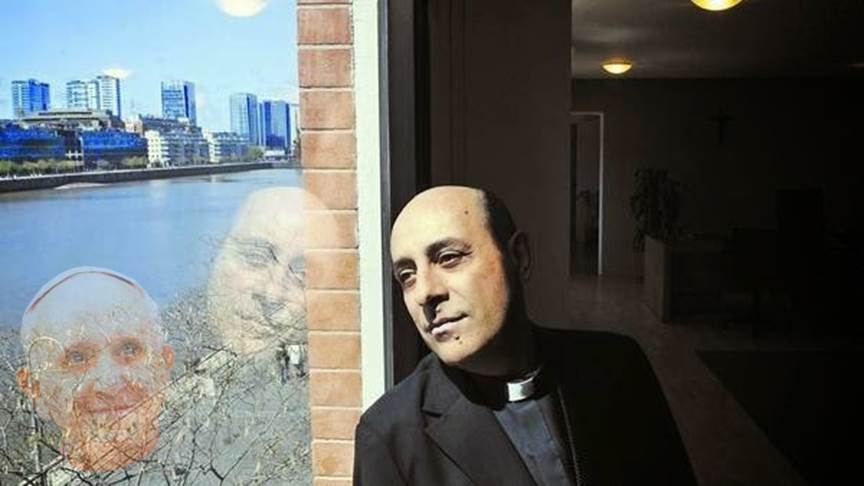 I’m not real keen on playing the “I told you so” card, but…

Within a day of Amoris Laetitia being published, I called attention to the central error upon which much of Chapter Eight is constructed; namely, the false idea that anyone other than God has the ability, much less the right, to make subjective judgments concerning relative guilt or innocence with respect to grave sins committed:

Francis goes about trying to justify his heresy by citing factors that may limit one’s culpability in sin. Be not fooled! While the Church speaks in the name of Christ, she is not the Judge of such subjective matters.

Once again, it is helpful to recall the words of Pope St. Pius X:

We leave out of consideration the internal disposition of soul, of which God alone is the judge. (cf Pascendi 3)

Francis has no right whatsoever to encourage anyone to subjectively judge the internal disposition of those in mortal sin in such way, much less does he have the right to reject the dogmatic teaching of the Holy Catholic Church concerning the same.

Regular readers of this space have perhaps even grown weary of this point being repeated so often: If and when it is the case that one is inculpable for a grave sin committed (e.g., adultery, fornication), it is God alone who renders such judgment.

Finally, in January of this year, Bishop Athanasius Schneider, along with two other Eastern European prelates, zeroed in on this same error in a written appeal.

Other than this, however, critics of Amoris Laetitia  have (at least in my reading) largely overlooked its fundamental importance.

In a recent essay written for Medellín, the theology journal of the Latin-American Bishops’ Conference [Full text courtesy of Rorate Caeli], Archbishop Víctor Manuel “Tucho” Fernández, author of Heal Me With Your Mouth: The Art of Kissing, and the alleged ghostwriter of Amoris Laetitia, published a defense of the Apostolic (so-called) Exhortation, wherein he plainly confirms the centrality of this issue:

Francis’ great novelty is in allowing that a pastoral discernment in the realm of the “internal forum” can have practical consequences in the manner of applying the discipline. [Emphasis in original]

As for what this means with respect to the application of moral norms, “Tucho” says of Francis:

His emphasis is rather on the question of the possible diminution of responsibility and culpability … Although it can be held with all clarity and forcefulness that sexual relations for the divorced in a new union constitute an objective situation of habitual grave sin, this does not imply that there necessarily exists grave sin in a subjective sense, that is to say, grave guilt. [Emphasis added]

The Church has always maintained that subjective guilt may not necessarily exist within an act that is gravely sinful, but she has never suggested that grave sin itself may not exist in such cases.

In other words, grave sin is always grave sin. This is an objective reality that cannot change regardless of so-called concrete circumstances. “Thou shalt not…” should be enough to make this clear; even as culpability, by contrast, is a subjective matter.

As we shall see, this distinction is critically important.

Fernandez makes what I consider a valid point when he states:

Francis has never claimed that anyone can receive communion if he is not in the grace of God.

With respect to Amoris Laetitia, this is true. Francis simply means to say that we cannot assume that a person who is in “an objective situation of habitual grave sin” is not in a state of grace.

Again, on this note, he is correct.

As I’ve stated many times, however, Francis is most certainly incorrect in assuming that humankind can render such judgments.

This is indeed his “great novelty” as Fernandez calls it, but it occurs to me now (and I do mean now as it just occurred to me) that there is yet another error involved here that is more basic still.

Another error made plain

You see, Francis is assuming that the immemorial practice of the Church – denying access to the sacraments for those in objective situations of habitual grave sin – is predicated upon the subjective guilt of the individual.

Rather, the Church’s “practice, which is based upon Sacred Scripture, of not admitting to Eucharistic Communion divorced persons who have remarried,” (Familiaris Consortio 84) is predicated on the objectively sinful nature of the act itself.

In this, we have yet one more reason to condemn Amoris Laetitia.

Moving on, Fernandez provides additional insight into the diabolically disoriented thought process behind the heretical claims that are made in the text when he states:

If the act remains objectively immoral and does not lose its objective gravity, then it is not possible that it can be “chosen” with conviction, as if it were part of the Christian ideal. Still less could it be held that, by this “choice of life”, it becomes subjectively moral. [Emphasis in original]

I find this very interesting indeed!

Francis’ alleged ghost-writer apparently understands that objective sin is always sin, that is to say, it can never become subjectively moral; even when culpability is diminished or nonexistent.

That seems to have created a dilemma for these men who had their conclusion well in mind even before the Synods ever met. Specifically, they seem to have asked themselves:

How can we paint the entire affair (no pun intended) as a moral act?

The answer they came up with is as irrational as it is stunning; they imputed the immoral act to the will of God!

Francis [proposes] that in a context of attenuated culpability one seeks to respond to the will of God with a greater commitment, possible in the context of that situation … Staying on this path, conscience is also called to recognize “what for now is the most generous response which can be given to God … the commitment which God himself is asking amid the concrete complexity of one’s limits” (AL 303).

The more he explains, the worse it gets!

I mean, it is offensive enough to say that God asks one to persist in violating the Divine Law; as if to suggest that this somehow makes the act moral. How much more offensive still is it to state that “God himself is asking” for one to persist in acts that remain immoral?

This particular heresy (AL 303) has long impressed me as the most odious part of the entire text. Reading Fernandez’s defense of the blasphemy only serves to magnify its offensiveness.

The more important question that remains (at least in the minds of some) concerns that of Francis’ intent; i.e., what does he subjectively intend to teach?

When interpreting the eighth chapter of Amoris Laetitia, particularly as regards access to Eucharistic communion for divorcees involved in a new relationship, it is worth starting from the very interpretation that Francis himself did of his own text, categorical in his response to the Bishops of the region of Buenos Aires.

As most readers are aware, the Bishops of Buenos Aires published guidelines for the implementation of Amoris Laetitia which said that the document “opens up the possibility of access to the sacraments of Reconciliation and the Eucharist” for those living more uxorio (as husband and wife) with someone other than their lawful spouse.

In light of this, Fernandez says:

It is now worth pausing to acknowledge that which is concretely what Francis leaves to us as an irreversible novelty.

Specifically, he points out:

Francis immediately sent them a formal letter stating that “the document [outlining the Buenos Aires Bishops’ guidelines] is very good and completely explains the meaning of chapter VIII of Amoris Laetitia.” But it is important to note that he adds: “There are no other interpretations.” [Emphasis in original]

This very letter has just been published on the Vatican website – an action that was perhaps deliberately coordinated to coincide with the publication of Fernandez’s essay.

This appears all the more likely since Fernandez labors to confer a certain doctrinal weight to the letter; as if to preempt arguments from those who would dismiss it as mere private correspondence.

The truth of the matter is, even if the letter finds its way into the Acta Apostolicae Sedis, which chronicles the official acts of the Holy See, its doctrinal weight is exactly nil; not because of its form but rather due to its heterodox content.

That said, the letter is of immense importance in that it irrefutably testifies to Francis’ intent. As Tucho suggests, certainly Francis alone is uniquely qualified “to interpret the documents he himself wrote.” As such, surely the letter removes all doubt as to whether Francis is merely a material heretic or a formal heretic. Clearly, he is the latter.

As readers most certainly know, one of the time bombs in Amoris Laetitia is buried in footnote n. 351 of the document.

According to Fernandez, this attempt to contravene the bi-millennial practice of the Church by stealth was very deliberate. He stated:

Although the question of the possible access to the communion for some divorcees in a new union has caused much commotion, the Pope intended – unsuccessfully – that this move be made in a discreet manner. Therefore, after developing the presuppositions of this decision in the body of the document, the application to communion for the divorced in new union was made explicit in the footnotes.

And yet, when asked about the infamous footnote on the return flight from Lesbos to Rome just eight days after Amoris Laeitia was made public, Francis said:

I do not remember that footnote.

Is he simply a forgetful old man, or an infelicitous fabricator of lies? You decide.

At this, we arrive at what is perhaps the most important thing Tucho had to say…

It all goes back to the Council

Is this change possible and acceptable? Can Francis accept what was taught by St. John Paul II and yet open a door that was closed?

Yes, because an evolution in the Church’s understanding of her own doctrine and its disciplinary consequences is possible.

By way of historical examples, you’ll never guess what he cites… Vatican II!

Specifically, he points to the Church’s condemnations of religious liberty and the Council’s subsequent about face, as well as the “similar evolution [that] occurred on the issue of the possibility of salvation outside of the Catholic Church” (presumably referring, at least in part, to the Council’s claim that the heretical communities are “means of salvation” in UR 3).

On this note, Tuco is spot on.

If indeed the Church can alter her doctrine is such way as to affirm that which she has always condemned (as the conciliar text suggests), one might well imagine  that anything is possible – even a rejection of the bi-millennial practice of the Church that is based on the very words of Christ.

If we take just one thing away from Fernandez’s 6,000+ word treatise, let it be this:

There is no divorcing the current crisis in the Church, evidenced so substantially by the heresies put forth in Amoris Laetitia, from the apostasy that entered the Church at Vatican Council II; nor can one promote the message of Fatima without paying heed to Our Lady’s warning concerning the same.

The COVID Scientocracy sharpens its fangs