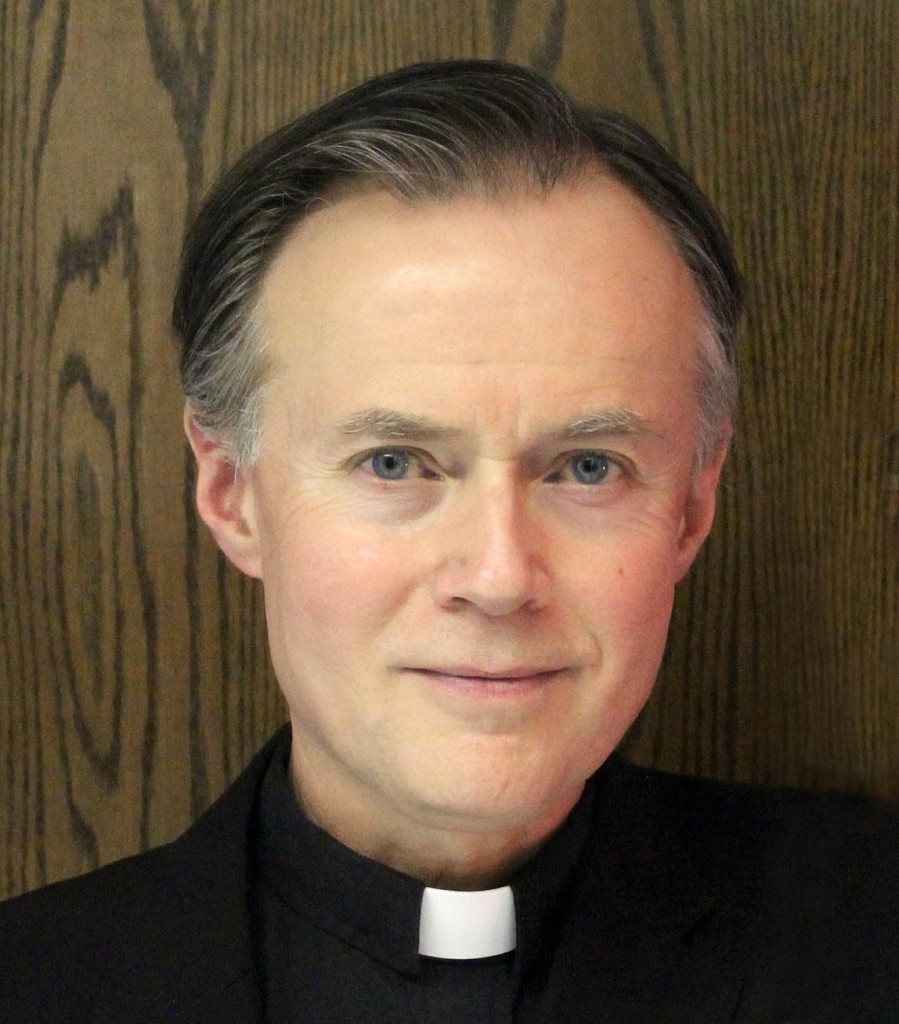 I recently stumbled upon a post at the USCCB Blog by Fr. Ronald Roberson, CSP, Associate Director of the U.S. Bishops’ Secretariat for Ecumenical and Interreligious Affairs (pictured above), in which he attempted to defend a statement made by Pope Francis in his March 5th interview with the Italian newspaper Corriere della Sera.

…the pope said that “Orthodox theology is very rich. And I believe that they have great theologians at this moment. Their vision of the Church and of synodality is marvelous.” What did the pope mean by this?

To lay the groundwork for making his case, Fr. Roberson naturally turned to the Second Vatican Council’s Decree on Ecumenism, Unitatis Redintegratio.

It has long been recognized that the great Eastern and Western traditions of the Church are different, but that at the deepest level they are not contradictory but complementary. In its 1964 Decree on Ecumenism, the Catholic bishops acknowledged at the Second Vatican Council that the traditions of the East offer a different perspective on our faith that should be respected; that the East has its own ecclesiastical laws and customs, its own spiritual, theological and liturgical heritage. They went on to say in paragraph 16 that “this holy Council solemnly declares that the Churches of the East […] have the power to govern themselves according to the disciplines proper to them, since these are better suited to the character of their faithful, and more for the good of their souls.”

Let’s take a closer look at what UR 16 actually said:

Already from the earliest times the Eastern Churches followed their own forms of ecclesiastical law and custom, which were sanctioned by the approval of the Fathers of the Church, of synods, and even of ecumenical councils. Far from being an obstacle to the Church’s unity, a certain diversity of customs and observances only adds to her splendor, and is of great help in carrying out her mission, as has already been stated. To remove, then, all shadow of doubt, this holy Council solemnly declares that the Churches of the East, while remembering the necessary unity of the whole Church, have the power to govern themselves according to the disciplines proper to them, since these are better suited to the character of their faithful, and more for the good of their souls. The perfect observance of this traditional principle not always indeed carried out in practice, is one of the essential prerequisites for any restoration of unity.

So, to whom does this portion of the Decree principally refer?

“Already from the earliest times…”

Clearly, the “earliest times” as understood in terms of Church history refers to that time when the Eastern Churches were devoid of schism, perfectly Catholic and accepting the Faith whole and entire, including by necessity the authority of the popes as visible heads of the Universal Church.

The phrase “sanctioned by the approval of the Fathers of the Church” is another clear indication of whom the Council is here speaking, and in no wise can it be considered a reference to the schismatic Orthodox Churches of today.

Furthermore, the age of the Church Fathers is generally considered to have ended circa 750 A.D., well prior to the condition that currently infects the Orthodox Churches of which Pope Francis spoke.

In mentioning the Church Fathers, this conciliar statement only makes sense (provided of course that one intends to read it according to the mind of the Church) to the extent that it is taken as a reference to the likes of Saints Athanasius, Basil, John Chrysostom and Gregory Nazianzen, the four Great Fathers and Doctors of the Church in the East.

Lastly, the Decree on Ecumenism’s reference to “synods, and even of ecumenical councils,” is most certainly inapplicable to the state of the Orthodox Churches.

To even intimate otherwise is to suggest that the ecumenical councils predating Vatican II (you know, the ones that taught the Faith with clarity and precision) in some sense validated the autonomy that the schismatics unjustly claim for themselves.

The mere suggestion alone is entirely preposterous, but such departures from Catholic common sense may well be expected in any argument that is offered in defense of the equally indefensible notion that schismatic Orthodox ecclesiology and theology are “marvelous” in the eyes of the Church.

In any case, in charity one does well to assume that Fr. Roberson is blinded by invincible ignorance as opposed to being deliberately bent on perpetrating deception.

That said, there is at least one sign that may reasonably cause one to suspect the latter.

In quoting Unitatis Redintegratio, Fr. Roberson chose to insert “…” in the place of one of the key phrases that manages to lend a Catholic context to the entire paragraph; “while remembering the necessary unity of the whole Church.”

This particular paragraph from Unitatis Redintegratio, in spite of the document’s overall shortcomings, provides exactly no support for the Holy Father’s scandalous statement since it is applicable to the Eastern Catholic Churches alone; i.e., those that actually embrace the necessary unity of the whole Church in faithful submission to the Roman Pontiff.

To be clear, a proper understanding of UR 16 with respect to the “restoration of unity” with the Orthodox is to recognize that uniting them with Rome does not mean Latinizing them, but rather allowing them to retain their Eastern character.

In any event, this fundamental flaw in Fr. Roberson’s attempt to explain away yet another scandalous statement on the part of Pope Francis effectively renders the rest of his argument unstable at best.

What it does manage to accomplish, however, is to demonstrate the degree to which both he and Pope Francis seem to imagine that one may reasonably speak of the Orthodox schismatic Churches and the Eastern Catholic Churches almost interchangeably; as if the theology and ecclesiology of the former are in some sense equal, and perhaps on occasion even superior, to that of the latter.

The risk of proceeding from such a ludicrous presumption should be obvious given the repugnant fruits of the Orthodox schism; e.g., a Church that allows for multiple marriages and makes exceptions for the use of contraception, to name just two particularly relevant practices as the Synod on Marriage and Family looms under the headship of a Bishop of Rome who is none too comfortable with his own primacy.

Bergoglio’s contempt for Christ the King on display – again!