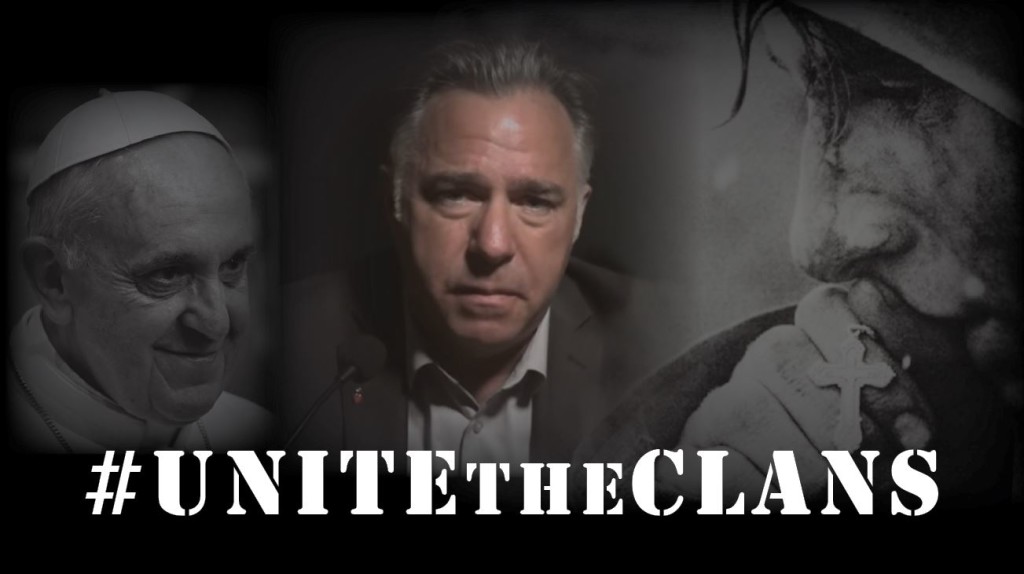 By now, most readers of The Catholic Inquisitor and akaCatholic have heard about the Remnant’s “Unite the Clans” initiative.

For those who are unaware: Michael Matt is calling on all who consider themselves “traditionalist” to “unite the clans in this darkest hour — whether they are SSPX, FSSP, ICK, etc. — so that together we can make a unified last stand in defense of Tradition, Truth and the Sacred Kingship of Our Lord and Savior Jesus Christ.”

Mr. Matt has pointed to the Catholic Identity Conference (where I was pleased to have been invited to speak on two separate occasions) as evidence of the good that can come from uniting “despite important differences of opinion on approach and strategy.”

I’ll have more to say on the “Unite the Clans” effort in the very near future, but for now I simply want to call attention to the way in which Mr. Matt’s movement just might augur well for our readers and supporters.

As some of you may recall, in a post published in June of last year, as the launch of The Catholic Inquisitor drew near, I shared with readers the following unfortunate news concerning two traditional Catholic writers, who had accepted my invitation to contribute articles to the newspaper.

Michael got in touch with our [first] would-be contributor to say that he and others in the traditional Catholic media world found news of his association with the Inquisitor offensive. So much so, Matt informed him, that unless he disassociate from the Inquisitor, his days of collaborating with the Remnant are over.

The other writer is a man who prides himself on getting along with everyone in traditional Catholic circles in spite of certain disagreements …  If we can say nothing else positive, Michael Matt shows no favorites. He let this gentleman know as well that if he should choose to associate with the Inquisitor there would be no future collaboration between them.

Well, folks, with the advent of the “Unite the Clans” initiative, it seems that there is good reason to hope that the Remnant Blacklist is about to be wiped clean. Deo gratias!

To bring readers fully up to date, I can perhaps do no better than to share the following from an email that I sent to Michael Matt on August 27. It speaks for itself:

I genuinely hope that all is well with you and yours. Question: Does uniting the clans “despite important differences of opinion on approach and strategy” mean that writers for The Catholic Inquisitor and/or akaCatholic are no longer going to be blacklisted by the Remnant?

It’s a serious question to which I’d really appreciate an answer.

As of this writing, Mike hasn’t had a chance to reply, but when he does, I’ll be sure to let you know.