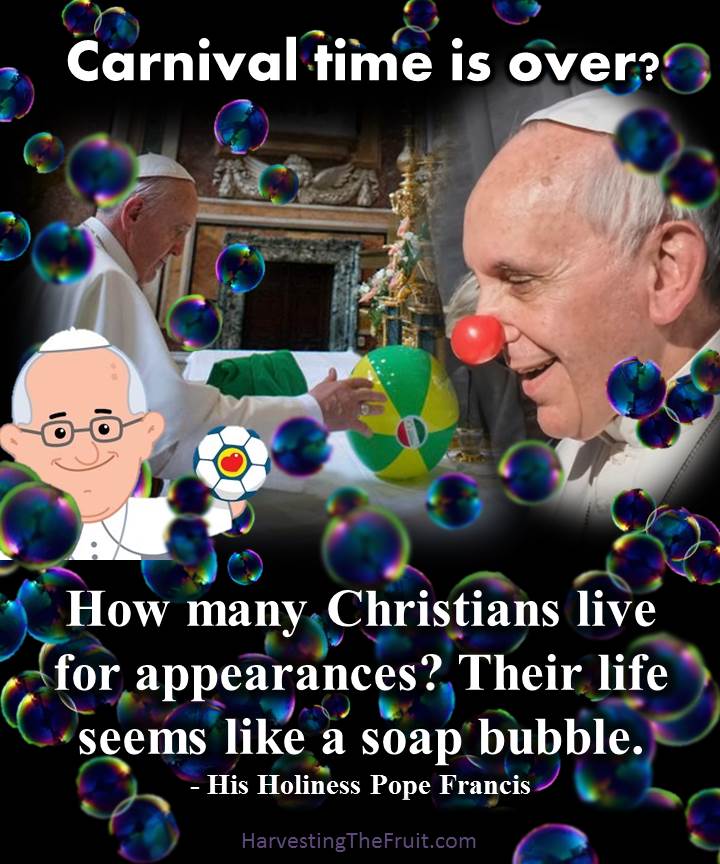 Have you heard all the buzz in Catholic Candy Land lately?

Multiple news agencies worldwide are reporting that Pope Francis, during the Spanish bishops’ ad limina visit earlier this year, allegedly said, “This [the teaching on the indissolubility of marriage] was established by Jesus Christ and the Pope cannot change it.”

This as recalled by Bishop Demetrio Fernandez of Cordoba as published in a recent interview.

So, let me get this straight…

The Bishop of Rome (as he prefers to be known), during the course of a private meeting that took place more than six months ago, said that the pope can’t change dogmatic Catholic teaching.

This is what passes for news these days, and the reason is entirely obvious:

Seriously, is there a faithful Catholic alive today who at any time prior to the abdication of Benedict XVI wouldn’t have shuddered at the mere suggestion!

Today, we have good reason to shudder.

Even Francis’ fiercest defenders among the so-called “conservatives” in the media realize that the man simply doesn’t take the duties of the Petrine Office seriously, at least inasmuch as said duties have always been properly understood by those with even a drop of sensus catholicus.

For the last 18 months, the papacy has been effectively reduced to a one man circus act; complete with beach balls, clown noses and soap bubble homilies.

If the neo-Catholic media had any real confidence in Pope Francis, this latest exposé detailing his orthodox-sounding commentary would be getting no more attention than one might expect Field & Stream Magazine to give to rumors that a bear defecated in the woods.

Of course the pope can’t change the dogma of the Faith concerning the indissolubility of marriage! That goes without say, but let’s be clear about what that really means.

The pope cannot teach anything contrary to this, or any other dogma of the Faith, with the express purpose of doing so as pastor and teacher of all Christians, in accord with his Supreme Apostolic Authority, in such way as to bind the entire faithful of the Universal Church.

And why not? Because the Holy Ghost will not allow the pope to so err.

Said protection from error, however, will most certainly allow for all sorts of nonsense that otherwise undermines the dogmas of the Faith.

Don’t believe it? Take a look at the documents of the Second Vatican Council wherein one will find such malignant propositions as:

Was the Holy Ghost asleep on the job then?

Of course not, He simply allowed headstrong men of little faith to create non-binding, non-definitive, and seriously harmful texts that have so effectively undermined the doctrines of faith for the last 50 years that priests who behave like glorified protestant ministers and who happily confirm heretics and Jews in their deadly errors are a dime a dozen.

Had the Council Fathers sought to bind the faithful to such condemnable ideas, however, their best efforts would have been Divinely frustrated.

With this in mind, we look to the upcoming Synod on Marriage and Family knowing very well that Pope Francis and the bishops in union with him will be utterly powerless to change the immutable sacred deposit of Christian doctrine, but we also know that all concerned will be given plenty of freedom to effectively undermine the same if they happen to so choose.

Given all that we know about the elderly Jesuit in white who couldn’t praise the “profound and serene” theology of Cardinal Kasper enough at the February Consistory, is there really any good reason to expect anything else?

Magnum Principium: Bring it on!