Home
Blog Post
The stench of an Irish rat 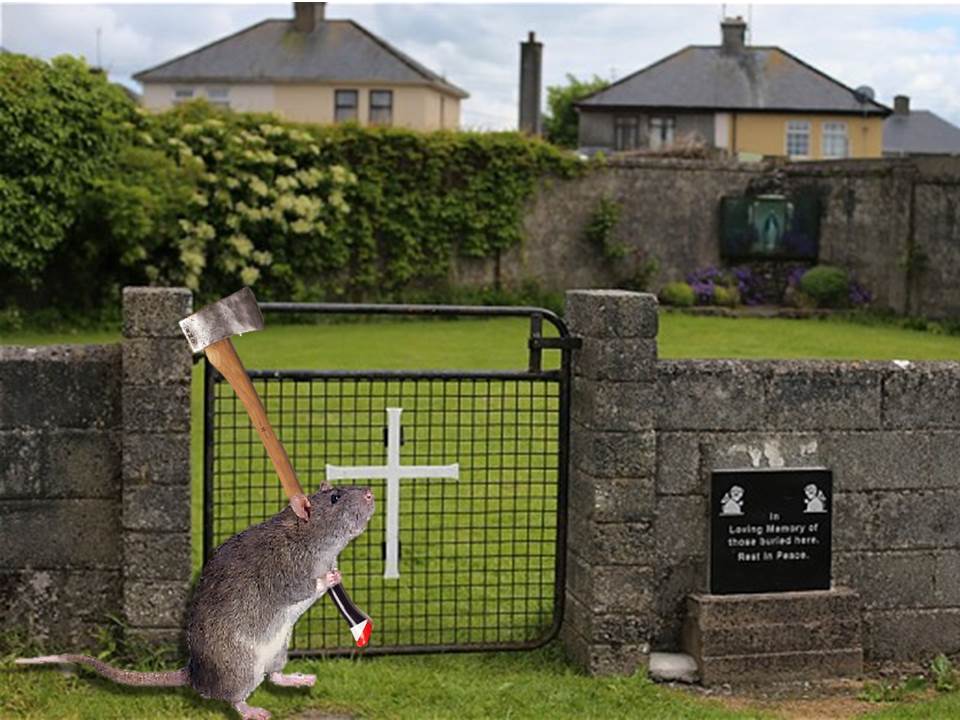 A gruesome story out of Tuam, Ireland, about the alleged mistreatment of children at a long-since closed Catholic institution for unwed mothers, is making international headlines.

According to the report:

In a town in western Ireland, where castle ruins pepper green landscapes, there’s a six-foot stone wall that once surrounded a place called the Home. Between 1925 and 1961, thousands of “fallen women” and their “illegitimate” children passed through the Home, run by the Bon Secours nuns in Tuam.

The story, as being told thus far, sounds just terrible. That having been said, I detect the stench of a rat; an Irish rat with an anti-Catholic axe to grind.

The driving force behind the story is Irish historian Catherine Corless, who is reported to have uncovered “a batch of never-before-released documents.”

And where exactly were these heretofore unknown documents hidden?

In plain sight at the Registry Office in County Galway.

According to Corless, as reported on the Irish Central website, she simply requested them. In other words, the newly unearthed “smoking gun” in this story is, and always has been, a matter of public record available to anyone willing to pay a photocopying fee.

Now, I don’t claim to know exactly what transpired at the Home, but let’s be clear; neither does Catherine Corless or anyone else.

Even so, anyone willing to follow a few links and connect a handful of dots can see that the story consists largely of unsubstantiated claims and preconceived notions magnified by the deliberate sensationalism of a complicit media.

The grave itself, in spite of the  tenor of media reports, is not some recent “shocking discovery;” in fact, it’s not even news. According to a Reuters News Service video on the Washington Post site (linked above), the grave was discovered some 39 years ago. Even the figure so widely reported of “800 babies” is nothing more than a guess.

And while allegations of “malnutrition” and “mistreatment” are being tossed about with reckless abandon, no supporting documentation has been provided that even hints at abuse at the hands of the nuns.

According to Irish Central, “The certificates Corless received record each child’s age, name, date – and in some cases – cause of death.”

Get that? The cause of death is recorded in just “some cases.”

Even so, for Corless and those media types who love themselves a good old fashioned Catholic cover-up, especially if it is alleged to have taken place in the triumphalistic days predating the Council, it’s obvious enough who the guilty party is.

“I do blame the Catholic Church,” says Corless. “I blame the families as well but people were afraid of the parish priest. I think they were brainwashed,” she told Irish Central.

“To get pregnant out of marriage was the worst thing on Earth,” she said. “It was the worst crime a woman could commit, even though a lot of the time it had been because of a rape.”

How she knows that “a lot” of these unwed pregnancies were the result of rape is anyone’s guess, but don’t expect anyone in the secular press to ask the question.

So, what do we really know?

A local health board inspection report from April 1944 recorded 271 children and 61 single mothers in residence, a total of 333 in a building that had a capacity for 243.

Sounds to me like the need was great and resources were being stretched to their very limits by the nuns in order to meet it.

According to documents Corless provided the Irish Mail on Sunday, malnutrition and neglect killed many of the children, while others died of measles, convulsions, TB, gastroenteritis and pneumonia. Infant mortality at the Home was staggeringly high.

The Irish Mail story indicates that some of the children had deformities and mental illnesses as well. It’s not difficult to imagine, therefore, that some of these children were among the unwanted, abandoned and abused of society.

In any case, the causes of death listed in the story are taken from the files of a “local health board,” and yet there is no indication whatsoever that the orphanage was cited for any kind of violations. That should tell any reasonable reader that the children likely entered the facility in a state of “neglect and malnourishment.” That some of them were not saved in a cramped institution wherein many of the children suffered with communicable diseases is no surprise.

In fact, these kinds of conditions would account for an unusually high death rate over all, especially bearing in mind the state of medical science during the time frame in discussion.

According to Irish public health records, for every 1,000 deaths of infants under one year of age in the general population in 1944, nearly 200 of them were the result of “diarrhea and enteritis,” the latter being a bacterial infection that typically clears up on its own.

A closer look at these records indicates that a large percentage of deaths in children under five years of age occurred as a result of conditions that are easily treated today.

Special kinds of neglect and abuse were reserved for the Home Babies, as locals call them. Many in surrounding communities remember them. They remember how they were segregated to the fringes of classrooms, and how the local nuns accentuated the differences between them and the others.

Given the close quarters in the orphanage and the prevalence of infectious disease, could it be that the nuns were “segregating” the “Home Babies” in order to protect the health of the other children? No, that would be far too kind an assumption to make for those intent on attacking the Church.

The only real question of legitimate intrigue that remains concerns the use of a mass burial site.

“If you look at the records, babies were dying two a week, but I’m still trying to figure out how they could [put the bodies in a septic tank],” Corless said. “Couldn’t they have afforded baby coffins?”

Well, let’s think about this for just a moment without the anti-Catholic bias.

Clearly, resources were not very plentiful at the Home. It’s a distinct possibility, therefore, that they couldn’t afford both baby coffins and the provisions necessary to care for the living, to say nothing of adequate ground space for individual graves. In any case, I’d be willing to wager that those poor children didn’t die without Baptism.

Furthermore, prior to the 1960’s, it was commonly believed that the corpses of those who died from infectious disease were a source of epidemic. Even today, there is an effort underway on the part of humanitarian organizations to educate disaster relief workers who still believe as much. It’s entirely possible, therefore, that the mass grave was used as an attempt to keep infection levels in check.

All in all, if this blockbuster wannabe scandal from the Emerald Isle tells us anything it’s that fuel designed to ignite the fires of hatred for the Catholic Church remains a hot international commodity.

Eskimo Humble Pie: For what is Jorge apologizing?