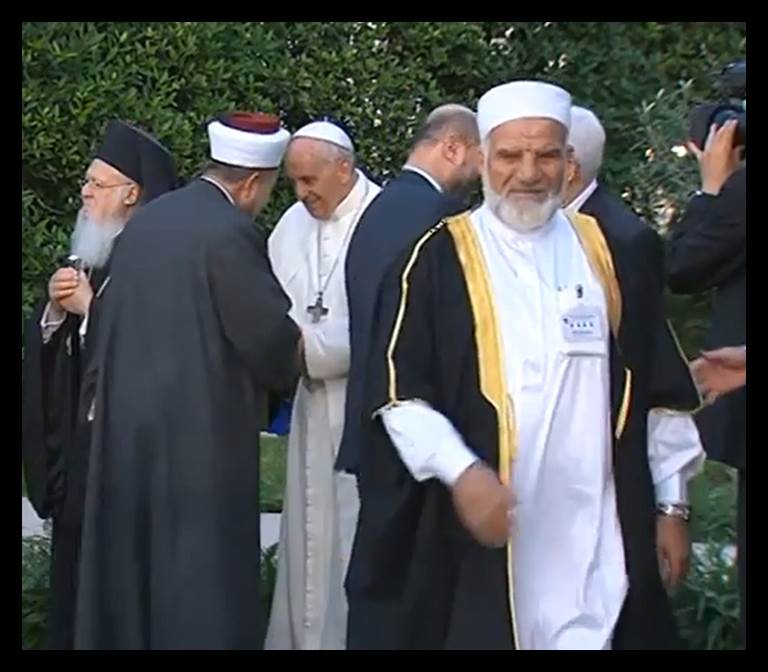 Pentecost is often called “the birthday of the Church,” and to the extent that we understand the Church as the Mystical Body of Christ present and active in this world, it most certainly is.

As such, I prefer to think of Pentecost as that moment in salvation history when the Apostles, emboldened by the power of the Holy Ghost, came out of hiding to reveal for all to see precisely what the mission of the Holy Catholic Church looks like in action.

So crucial is this timeless example of missionary zeal to the work of the Church that it was recorded in the pages of Sacred Scripture (Acts 2) under the inspiration of that same Holy Ghost for the instruction and edification of all who would follow.

In a particular way, this passage has ever been inspiration for those who would shepherd the flock in future generations, most especially the Successors of St. Peter; he who intrepidly issued the call to conversion to throngs of unbelievers, some of whom would have sooner seen him dead, “Repent and be baptized every one of you in the name of Jesus Christ!”

Over the last 50 or so years, however, the Petrine Office has been occupied by men cut from far weaker, and even threadbare, cloth; Pontiffs who dare not risk persecution after the manner of Our Blessed Lord by setting foot upon the narrow path traveled by their faithful predecessors.

For them it has seemed more expedient to treat the glorious events of Pentecost, the witness of the missionary Martyrs, and the magisterium of the pre-conciliar popes as if they were but distant memories of less-enlightened times; a source not of lasting inspiration, but of endless embarrassment.

Recent popes have thus undertaken to plot for themselves a more comfortable course; one that proposes to forgo passage on the embattled Barque of the Church Militant in exchange for a worldly pleasure cruise that boasts of a “new evangelization,” a crew of new saints and even a new rite.

At its very core is a new mission, the blueprint for which is drawn not from the inspired words of Sacred Scripture; but rather from the text of the Second Vatican Council, an event that the new regime has audaciously anointed as their “New Pentecost.”

This new mission is very clearly distinguishable from the one that was given to the Church by Christ as it relates their respective aims.

The latter, the authentic mission of the Church, is concerned above all else with man’s supernatural ends, and it is thus that the teaching of the pre-conciliar popes never failed to subordinate matters temporal to those primarily spiritual; always and everywhere with an eye toward effecting the conversion of the world to Christ and the one true Church that He Himself established.

The former, by contrast, shows forth a near singular focus on the things of this world, a mission wherein the new regime celebrates, and even encourages, religious pluralism as a means to achieving purely earthbound ends.

The offenses that have been heaped upon Our Blessed Lord and His Church in this age of the “New Pentecost” are well beyond measure and multiplying on a near daily basis.

From the moment he first set foot on the balcony of St. Peter’s dressed in papal whites, Jorge Bergoglio has given every indication of wishing to outdo his predecessors in treating the Great Commission as a dead letter, attacking at every turn those who dare think and feel and behave according to the mind of the Church as known with piercing clarity in the magisterium predating the conciliar revolt.

Most recently, Pope Francis has leveraged the abominations of Assisi I, II and III as precedent for staging, on the day that the Church celebrates the real Pentecost, no less, his very own so-called “Invocation for Peace” on the grounds of the Vatican along with Jews and Muslims.

As part of the event, the Jewish delegation – representatives of a people who in spite of any shared patrimony with Christians are chiefly identified in our day as having rejected their own Messiah, thereby rejecting Adonai who sent Him – read from the Book of Psalms; the Word of God that ultimately speaks of Jesus of Nazareth even if Jewish readers fail to know and accept it.

The Muslims, however, stole the show by offering “prayers” from the Qur’an; the blasphemous book of lies wherein “revelations” from the false god of Islam were recorded by the false prophet Muhammad; among them, the proclamation that Jesus was nothing more than a mere man.

To those who by grace alone have been spared the diabolical disorientation that appears to infect the overwhelming majority of Catholics in our day, both lay and ordained, this event clearly amounts to a public mockery of Our Lord at the hands of His very own. (Sound familiar? It should.)

To the Vicar of Christ the King has been entrusted the Keys to the Kingdom, that which here on earth is nothing other than the House of God, the Catholic Church, for the purpose of reigning in His stead, teaching in His name, and converting the world to Him.

In spite of any good intentions, however dreadfully confused, Pope Francis chose to use the power of his exalted office to invite those who mock the Lord’s Kingship as a matter of “faith” to enter the Master’s own chambers, as it were, to chant from their unholy writ; an act that amounts to the veritable defilement of His beloved Bride before the eyes of the entire world.

And what does this shameful episode tell us about Pope Francis?

Absolutely nothing that wasn’t previously known. He is ever true to form.

What can be gleaned from this event, however, is additional insight into the character, priorities and relative backbone of those who claim to be champions for Christ.

I am reminded of the story of Dinah, the daughter of Jacob, who was raped by the unbelieving prince of a neighboring land. When Jacob heard that his daughter had been violated, so intent was he on self-preservation that he simply “held his peace.”

Dinah’s brothers, Simeon and Levi, by contrast, were indignant upon learning that their sister had been treated as a harlot, and they took steps to avenge the offense against her, an act that incited the anger of their spineless father.

Though an imperfect analogy in its details, this Biblical account underscores an enduring truth:

When a family is under attack, the mettle of its individual members is plainly exposed. With apologies to my female friends of firm resolve, this seems to be particularly true of men.

Well, make no mistake about it, the Family of God is under attack in our day; not just from afar at the hands of unbelievers, but from within by the wiles of men in high places.

In the face of the egregious offense visited upon Our Holy Mother at the Vatican on Pentecost 2014, the most the neo-Catholic “conservative” castrati of today can muster is a handful of pathetic excuses; lobbing insult and invective at any who dare rock the boat with expressions of indignation on behalf of the Lord.

(Charity alone restrains me from naming names, but nearly everyone reading this text, including the pantywaist papal apologists themselves, knows precisely who they are.)

Unmasked in the process are the twisted priorities of those poseurs who will spare no effort in protecting their personal franchise while lifting nary a finger to defend the honor of Christ the King.

Had men such as these been among the sons of Jacob, one can well imagine that they would have sooner restrained their little sister than invite the displeasure of her attacker.

While the indiscretions of the present Vicar are a source of great heartache for the faithful indeed, one almost welcomes the “choose this day who you will serve” moments that have come to define his papacy as such may be necessary, as a matter of justice, in order to set the Church’s restoration in motion.

In any event, the choice at hand is becoming ever clearer with every passing day:

Are you more interested in membership in the cult of personality surrounding the current pope; receiving all of the worldly benefits that come with it, or are you more inclined to store up treasure in Heaven as a true soldier of Christ, placing Him first in all things, knowing perfectly well the persecution that doing so will invite?

Thanks to Pope Francis, having it both ways and “holding one’s peace” are no longer viable options.

The Heart of a Priest’s Fatherly Love (Part I)

A regular Jorge? Don’t you believe it.