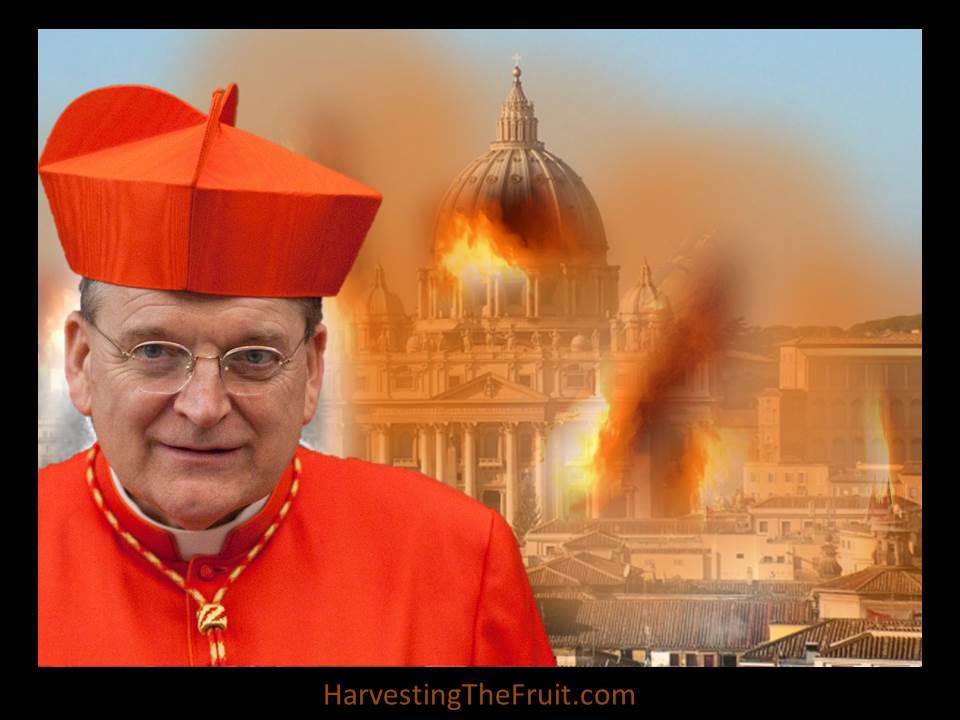 It’s clear that there was a manipulation [at the Extraordinary Synod] because the actual interventions of the members of the synod were not published, and only the mid-term report, or the “relatio post disceptationem” … And so it’s clear to me that there were individuals who obviously had a very strong influence on the synod process who were pushing an agenda which has nothing to do with the truth about marriage as Our Lord Himself teaches it to us… [Emphasis added]

I have taken part in, I think, five synods, and in every synod, except this one, in which I took part, a proposition – in this case, a paragraph – which did not receive the necessary two thirds vote was simply eliminated … In this case they insisted on publishing the document with all the paragraphs, simply indicating the number of votes. And so, many people take this as an indication that these paragraphs [which speak positively about gays and the civilly divorced and remarried] are more or less as acceptable as the others.

No doubt, Cardinal Burke’s words will be roundly applauded in many so-called conservative and traditional circles, and not entirely without reason.

He is, after all, one of the few bright lights in a College reasonably considered but a flock of dullards.

Even so, all of this talk about a “synod process” and the “necessary two-thirds votes” is rather disturbing.

It’s enough to give one of lesser formation the impression that the Church is governed by way of parliamentary process; when in truth, Our Blessed Lord established a monarchy wherein His Vicar, the pope, rules in His name.

As mentioned in a previous post, Pope Paul VI of most bitter memory formally established the Synod of Bishops with the Apostolic Letter, Apostolica Sollicitudo, which states in part:

The general purpose of the Synod are … to facilitate agreement, at least on essential matters of doctrine and on the course of action to be taken in the life of the Church.

The simple truth is there are no “essential matters of doctrine” that are as yet so incompletely defined as to constitute a legitimate source of disagreement among authentic Catholics, much less bishops.

In fact, we have a name for disagreement on such matters; it’s called heresy.

Paradoxically, while the Synod of Bishops as currently formulated threatens to simultaneously undermine both the truths of the faith and the sovereignty of the Roman Pontiff, even if only by impression, in the present case, it has also managed to provide a degree of cover for a truly dangerous and despotic pope who is Hell bent and determined to undermine the very doctrines he is duty bound to protect.

Which brings me back to Cardinal Burke’s lamentations…

Why, one wonders, does Cardinal Burke feel compelled even now to tiptoe through the tulips when it comes to identifying the most pressing matter relative to the present rebellion?

The crisis at hand,  truth be known, has nothing whatsoever to do with violations of synod protocol or the suppression of its members’ interventions.

In other words, even if the upcoming Ordinary Synod is conducted strictly “by the book,” it won’t matter one iota, because that’s not the problem.

To borrow a slogan from the 1992 U.S. presidential campaign:

Now, before anyone gets their shorts all up in a knot, let me be clear; I’m not accusing Cardinal Burke of being stupid.

Clearly, he knows better than most that Pope Francis is the problem, and that’s the point.

“The truth about marriage as Our Lord Himself teaches it,” to quote His Eminence, is under attack from within in our day.

Sure, Jesus had Judas; i.e., the Church has never been immune to rebellion.

The buck, however, stops with the pope. It is he who bears responsibility for preserving the unity of faith by quelling such uprisings.

In the present case, however, Pope Francis isn’t simply guilty of an error of omission for failing to safeguard the truth; he’s leading the rebels’ charge!

As such, the Household of God is daily being consumed by a modernist fire, and a great many souls are being put at risk of perishing.

While at one time Cardinal Burke did well to cry out through the media, “I smell smoke,” today, that’s not nearly enough.

It’s time to identify by name the maniac with the torch.

Readers of this space know very well that when Cardinal Burke says that “there were individuals [at the Synod] who were pushing an agenda,” and “they insisted on publishing” that shameful Relatio Post Disceptationem, he’s primarily talking about Pope Francis himself.

And yet, based on the pope’s astronomical approval rating among self-identified Catholics, apparently a good number of the under-nourished rubes in the pews haven’t a blessed clue that the current Bishop of Rome is not to be trusted as either a protector or teacher of our Holy Catholic faith.

At this point, Cardinal Burke’s repeated interviews and speeches decrying the present situation, while initially helpful, are quickly becoming a non-news item.

The time has come for all who truly wish to defend the truth to look the real problem squarely in the eye: