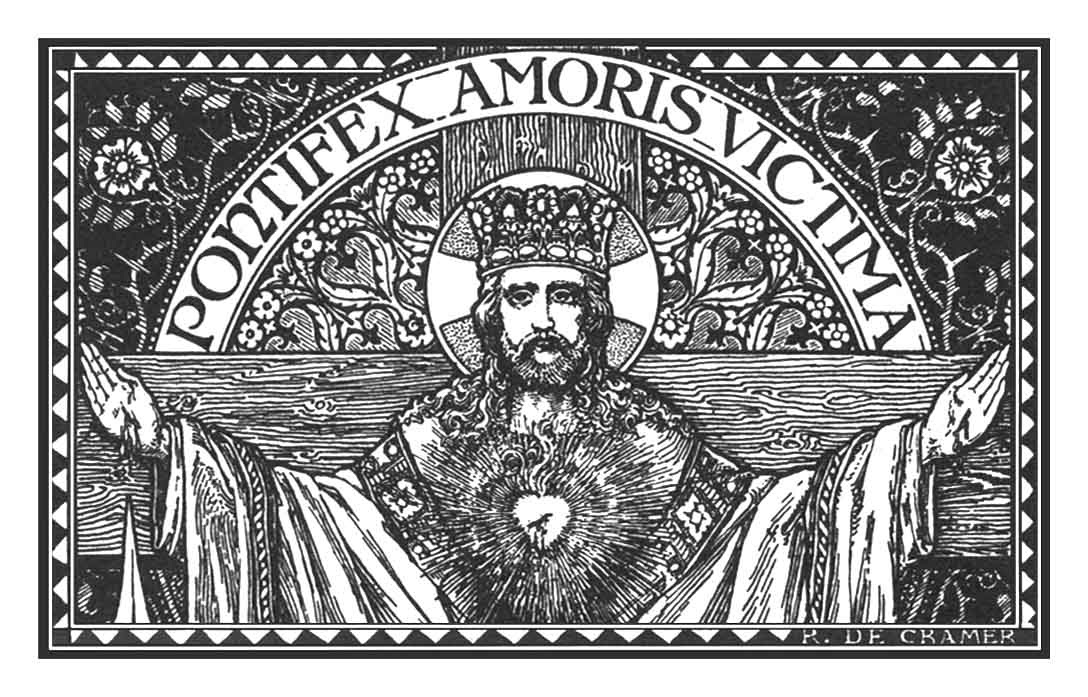 Just over two-and-a-half years ago, Francis’ first major interview (with Fr. Anthony Spadaro, S.J.) was published, at which point Catholic writers like me, in search of insights into his already troubling pontificate, couldn’t get their hands on an English translation fast enough.

Looking back, two of my takeaways from that interview seem to stand out:

First, Pope Francis seems to imagine that a certain dichotomy, or at the very least, a noteworthy tension, exists between orthodoxy and orthopraxy; belief and practice; doctrine and spirituality.

Second, Pope Francis is a modernist.

I think it’s safe to say that both observations have since been proven correct beyond any shadow of doubt.

Now, I offer this walk down memory lane, not in order to engage in a bit of “I told you so,” but rather to suggest just how far we have fallen.

Just yesterday, the French Catholic daily La Croix published an interview of His Humbleness that by comparison has garnered very little attention.

In a way, this makes perfect sense.

With the publication of Amoris Laetitia in particular, all but the weakest of intellect and faith among us now know perfectly well what we are dealing with in Francis – a humanist, a blasphemer, and a heretic.

In other words, as it concerns this dreadful pontificate, faithful Catholics are no longer seeking insights but rather refuge.

Even so, if for no other reason than to document the extent of the crisis through which we are currently living, let’s take a look at some of what Francis had to say.

When asked how he would characterize a positive form of laicity in light of the significance of Islam in France today (‘laicity’ referring to the separation of Church and State), Francis proposed:

States must be secular. Confessional states end badly. That goes against the grain of History. I believe that a version of laicity accompanied by a solid law guaranteeing religious freedom offers a framework for going forward. We are all equal as sons (and daughters) of God and with our personal dignity. However, everyone must have the freedom to externalize his or her own faith…

The glorification of the secular State is a direct fruit of the Second Vatican Council’s Declaration on Religious Freedom, Dignitatis Humane; it’s also entirely irreconcilable with the Catholic faith.

Numerous citations to this effect may be given, but I will limit myself to just three, beginning with the Encyclical of Pope St. Pius X, Vehementer Nos:

That the State must be separated from the Church is a thesis absolutely false, a most pernicious error. Based, as it is, on the principle that the State must not recognize any religious cult, it is in the first place guilty of a great injustice to God; for the Creator of man is also the founder of human societies, and preserves their existence as He preserves our own. We owe Him, therefore, not only a private cult, but a public and social worship to honor Him.

One can argue, as most churchmen will today, that the Catholic confessional State is a relic of a bygone age, but these words of the saintly Pius X are not based on passing historical circumstances in the least; rather, they express a teaching that is founded squarely upon the immutable demands of justice; i.e., that which is owed to Almighty God in all ages.

His venerable predecessor, Pope Leo XIII, writing in the Encyclical Immortale Dei spoke of the relationship between Church and State as comparable “to the union of the soul and body in man.”

Rather than seeing the Catholic Confessional State as a recipe for a “bad ending,” Pope Leo XIII painted the following image:

In the constitution of the State such as We have described, divine and human things are equitably shared; the rights of citizens assured to them, and fenced round by divine, by natural, and by human law; the duties incumbent on each one being wisely marked out, and their fulfilment fittingly insured … Furthermore, domestic society acquires that firmness and solidity so needful to it from the holiness of marriage…

Stripped as it is of its soul, the Church, what then is left of the secular State?

A lifeless body; one destined to become infested with such odious things as gay marriage, abortion on demand, and transgender rights; necrotizing society like so many maggots feasting on a rotting corpse.

In other words, the secular State is a body in rebellion against itself by virtue of its rejection of its Sovereign and Ruler, Christ the King who reigns through His Church, the very source of its life, the Same of whom Pope Pius XI stated in Quas Primas:

To use the words of Our immortal predecessor, Pope Leo XIII: “His empire includes not only Catholic nations, not only baptized persons who, though of right belonging to the Church, have been led astray by error, or have been cut off from her by schism, but also all those who are outside the Christian faith; so that truly the whole of mankind is subject to the power of Jesus Christ.” Nor is there any difference in this matter between the individual and the family or the State; for all men, whether collectively or individually, are under the dominion of Christ. In him is the salvation of the individual, in him is the salvation of society.

That Francis is one with those who stand in direct opposition to the Social Reign of Our Lord Jesus Christ was made evident earlier in the interview when he was asked why he so often speaks of the “roots” of Europe “without ever describing them as Christian.”

We need to speak of roots in the plural because there are so many. In this sense, when I hear talk of the Christian roots of Europe, I sometimes dread the tone, which can seem triumphalist or even vengeful. It then takes on colonialist overtones.

More repugnant still to those who hate the one true Faith, as Francis plainly does, is that Christ the King conquers, reigns and commands this very day through, with, and in His Mystical Body, the Holy Catholic Church.

That hatred (yes, hatred) was even more clearly expressed later in the interview when he suggested:

Today, I don’t think that there is a fear of Islam as such but of ISIS and its war of conquest, which is partly drawn from Islam. It is true that the idea of conquest is inherent in the soul of Islam.

So far so good! But just as one is tempted to believe that a step has been taken in the right direction vis-à-vis this partial acknowledgement that Islam is indeed, in its soul, a religion of violent conquest, he who despises the Holy Catholic Church and her mission says in the very next sentence:

However, it is also possible to interpret the objective in Matthew’s Gospel, where Jesus sends his disciples to all nations, in terms of the same idea of conquest.

The same idea concerning a ‘war of conquest’ is a possible interpretation of St. Matthew’s Gospel wherein the very words of Christ are recorded!

This is precisely what hatred – the stock and trade of the Evil One – does to a man; it darkens the intellect, distorting reality to the point where it is no longer fully perceptible.

We’ve seen this act before, all the way back in the Garden of Eden, in fact.

Under the influence of the serpent, Eve lost sight of reality; her vision became distorted to such an extent that she “saw that the tree was good for food” when in fact it was quite the opposite.

In the present case, Francis looks at the life-giving mission that Jesus Christ gave to His Church as found in the Gospel according to St. Matthew, and he sees something akin to the Qur’an and its Satan-inspired text calling for Jihad.

In truth, the Reign of Christ the King, and thus the rightful mission of His Church, does indeed entail conquest, but certainly not of the sort associated with Islam which leads to eternal death.

In his sermon given on the Feast of Christ the King in 1979, Archbishop Marcel Lefebvre (who will, without any doubt whatsoever, be raised to the altars as a canonized Saint should the Church regain her former glory), said in reference to Quas Primas:

Pope Pius XI explains perceptively that Our Lord Jesus Christ is King by conquest. By what conquest?

It is because Our Lord Jesus Christ has conquered all by His Blood, by His Cross and by Calvary. ‘Regnavit a ligno Deus,’ God has reigned from the wood; i.e., from the Cross, Our Lord has conquered all souls, whomsoever they may be, by right – a strict right.

How fitting it is that the interview under discussion was published in a periodical named for the Cross from which God has reigned in Christ by conquest; the same that Francis is pleased to reduce to an instrument of mere coexistence with His enemies.

The true Christian soldier, and more importantly, the truly faithful Roman Pontiff, does not shy away from asserting the Sovereign Rights of Christ the King, nor is he bashful about continuing His conquest in faithful adherence to the mission of Christianizing the nations.

By contrast, Francis is pleased to draw parallels between the Divine Commission given by Christ and the mutinous designs of His adversary. 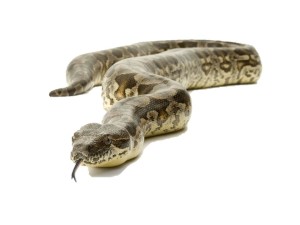 Let’s not be afraid to identify all that has been mentioned for what it is; namely, a crystal clear indication that the current Bishop of Rome is operating, in no small measure, under diabolical influence.

In other words, his most impactful words and deeds are not the fruits of Divine guidance, but rather do they reflect the deadly hand of the Master Deceiver.

There can be no mistaking it; we are being chastised most severely at this very moment. The Lord has withdrawn His grace – the just reward for having ignored the wishes of His mother.

This is a solid food that many simply are not mature enough in the Faith to digest, and yet, it’s the truth.

The virtue of withholding obedience

Crisis in the Church: The hierarchy responds