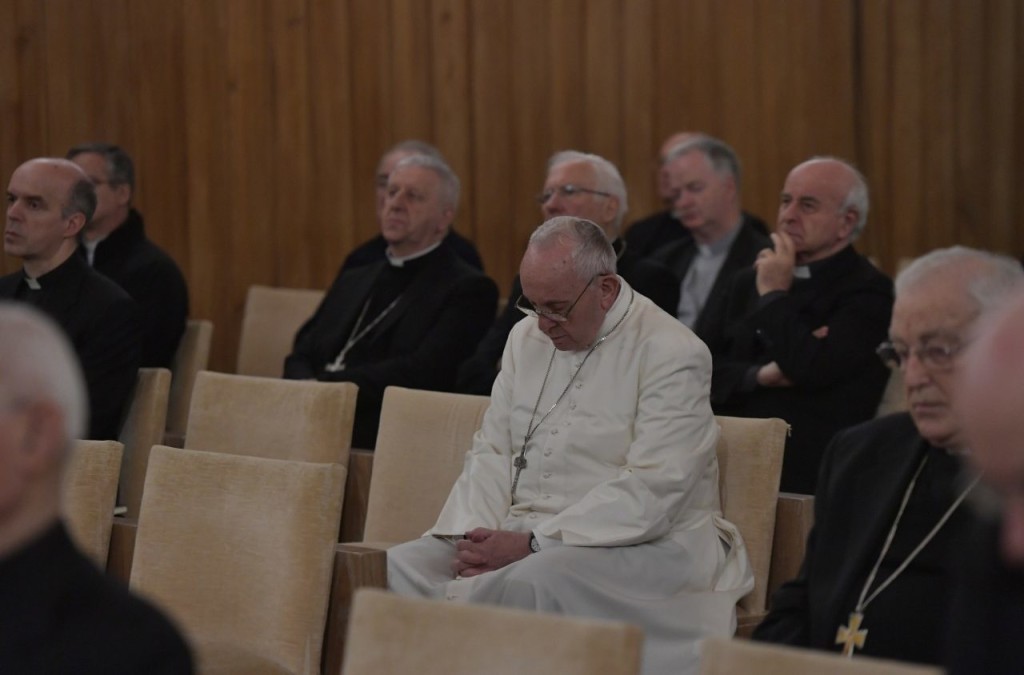 Meet the man who has been chosen to deliver the Lenten spiritual exercises to Francis and members of the Roman Curia this year.

His name is José Tolentino Mendonça, a “poet” who, although not a Jesuit, is a priest who apparently prefers business attire to clerical garb.

That, however, probably isn’t the reason he was selected to preach this year; rather, it is more likely that he was chosen in light of his Bergoglian Christology.

According to Vatican News:

Fr Tolentino says, Jesus comes to us in his own incompleteness, in his own emptiness.

That, in a nutshell, is the Bergoglian Jesus – a “diminished and distorted Christ” (to borrow a phrase from Nostra Charge Apostolique of Pope St. Pius X) – a mere man who is as incomplete and empty as Francis himself.

Apparently, Mr. …. I mean, Father Tolentino is spinning a thread to his own liking from St. Paul’s Epistle to the Philippians (cf 2:5-8), wherein it is written that Jesus “emptied Himself.”

This “emptying of self” is known in Catholic theology as “kenosis” (the Greek word used in Philippians) and it has been much written about and debated by the Church Fathers; particularly in combating (get this) Christological heresies like Arianism that undermine our faith in Our Lord’s sacred divinity.

And boy do we have Christological heretics crawling all over Rome today; including the one traveling about in papal whites.

The Catholic Encyclopedia states it as such:

According to Catholic theology, the abasement of the Word consists in the assumption of humanity and the simultaneous occultation of the Divinity.

Note: “Occultation” simply refers to something being obscured, hidden or blocked from view by something else.

Now, I’m no theologian, but it seems rather plain to me that there is not now, nor was there ever, any “incompleteness” or “emptiness” in Our Lord; no, not even in His human nature, the same which by hypostatic union has ever been united to the Divine nature.

NB: Be that as it may, Tolentino is speaking of our relationship with the Risen Lord – Christ the King to whom all authority belongs in heaven and on earth.

In spite of this, readers may recall Francis’ Easter sermon of 2015 wherein he proclaimed:

Jesus Christ stripped himself of his divine glory…

If “tradition” exists in the Rome of today at all, it is simply in this:

The blind have been leading the blind there for decades on end.

Lord, deliver us from these wicked men!

Synod 2015: An exercise in modernism