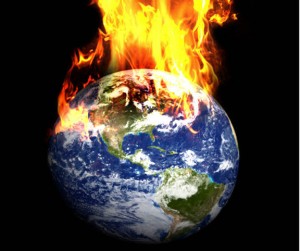 “Whether you like it or not, religion is not of the past but is the key ingredient on the menu of modern and future politics and public life,” wrote Michael Coren in a recent Toronto Sun article, ultimately concluding, “the world of the future will be a lot more God-centred.”

I must admit, I know very little about Coren’s work, but based on the fact that a number of my traditional Catholic friends hold him in high regard, I expected something more from the above referenced article.

It’s not that Coren doesn’t make some valid points; it’s just that his conclusions are wrong in that his observations don’t appear to be the fruit of an entirely Catholic worldview.

Of course religion is, and will continue to be, a major factor in human affairs; mankind is religious by his very nature. The most salient question remains, however, to whom or to what will he direct his worship?

The major flaw in this article is a common one these days, even in Catholic circles; that is, treating of religion in a largely generic sense.

As a result, Coren ultimately fails to address the real issue as it relates to the relative God-centeredness of the world in which we live, and that is the degree to which human beings either accept or reject the Catholic Faith and the Blessed Trinity that she worships, Father, Son and Holy Ghost, which is directly related to the degree to which the Church, through her official organs, embraces her divinely given mission.

Ironically, in an article that might seem to suggest that Pope Francis will play an instrumental role in what is presumably a Catholic understanding of a world drawn closer to God, Coren opens by recalling the day immediately following the Holy Father’s elevation when “more than 6,000 journalists gathered in Rome.”

It was, indeed, a memorable day if for no other reason than the new Roman Pontiff’s breathtaking decision to withhold the papal blessing from those gathered, and to refrain from making the sign of the Cross and invoking the Blessed Trinity, because, as he explained, “many of you are not members of the Catholic Church, and others are not believers …  respecting the conscience of each.”

“In Brazil this week,” Coren observed, “millions are swarming around Pope Francis for World Youth Day, not because they embrace either the free market or state socialism and not because they are liberal or conservative. No, it’s because they acknowledge him as the direct successor to St. Peter, given the keys of the kingdom by Jesus Christ, the son of God, while the messiah was here on Earth among us.”

Yes, true enough, but then Coren proclaims what has become the centerpiece of modernist thought in our day, saying, “You might reject this — and thank goodness you have that right in the west…”

Apparently, Coren believes the utterly false proposition that human beings enjoy a “right to reject” the one true God and the Church that He Himself established, and that nations that are constitutionally ordered on this falsehood are laudable.

I can understand why he might believe this to be true; every pope since Vatican Council II has, for all intents and purposes, professed the same utterly indefensible error.

Even so, an error it is, and the more it spreads, the more tragic the consequences will be.

Let me be clear. I don’t imagine for a moment that Michael Coren is the enemy, nor do I have any reason to believe that he knowingly denies any part of the Catholic faith.

I suspect that he, like so many others, has been spoon fed new-church pabulum for so long – the same that was presumably served in abundance to the emerging generation at World Youth Day – that he simply doesn’t realize just how patently wrong his conclusions are.

The reality is simply this, until such time as the bishops of the Catholic Church, including the Bishop of Rome, once again boldly, plainly and intrepidly proclaim the Kingship of Jesus Christ, His Sovereign rule over all men and all nations, and conversion to the Holy Roman Catholic Church as the only means of salvation that Our Blessed Lord has given us, the world in which we live is not going to just magically become more God-centered; on the contrary, for as long as the status quo endures, apart from Divine intervention, we can rest absolutely assured that the godlessness that has defined the last half century will only get worse.

The non-negotiable Charter of Newchurch