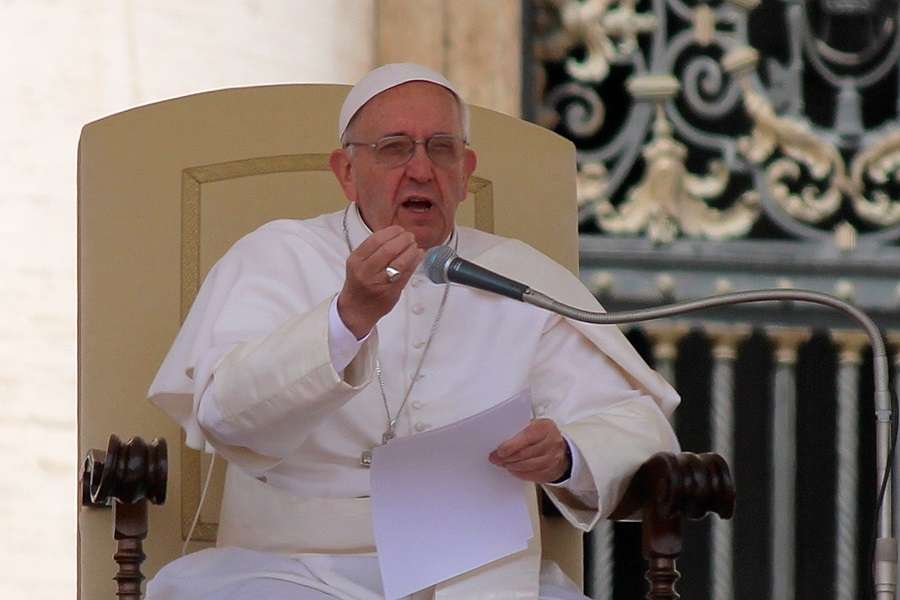 I recently read The Dictator Pope – the anonymously penned blockbuster profiling the modus operandi of Jorge Bergoglio both before and after he burst onto the world stage as Francis on 13 March 2013.

According to the book’s description on Amazon (available only in Kindle format):

“Behind the mask of a genial man of the people, Pope Francis has consolidated his position as a dictator who rules by fear and has allied himself with the most corrupt elements in the Vatican to prevent and reverse the reforms that were expected of him.” 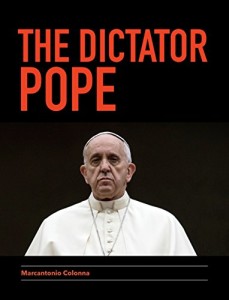 In support of its premise, as other reviewers have pointed out, the book doesn’t actually provide anything new; rather, it simply paints a portrait using previously published reports, and effectively so, in my opinion.

In the opinion of others, however, not so much…

In a recent podcast interview with Damian Thompson, for example, canon lawyer and writer Ed Condon described the book as “uncharitable” and “motivated very clearly by an intense dislike” for Francis, who in his view is really just a victim of his own naiveté.

In an article for Catholic Herald published today, Condon insisted the real problem is that “Francis’ inner circle is abusing their power.”

…his handlers have eliminated the ordinary mechanisms by which a pope is kept up to date on how the Church is actually being run – the regular udienza di tabella has been swept off the papal schedule, for example, and those out of favour with the Pope’s gatekeepers can find that he doesn’t have a minute to spare for months at a time.

The Dictator Pope mentions this as well, but without making the absurd suggestion that poor Francis had no say in the matter:

In the past there was a system which provided for each head of a Vatican body to see the Pope regularly, usually twice a month; it was called the udienza di tabella. This has now been abolished; officials have to make special appointments, and they are often told that the Pope is too busy.

After sharing with readers a few stories about how “inner circle” types have unduly leveraged their influence, Condon concludes:

The implication is clear, access to the Pope is a serious commodity in Rome, and those few who have it are able and willing to take advantage of it.

One could be forgiven for assuming this was evidence of an over-involved Pope reaching down into specific cases, but, in fact, it seems the Holy Father is, at least at times, unaware of how his power is being abused.

Little surprises me these days, but I find it truly amazing the extent to which this man (and perhaps others) are willing to go to defend Francis.

Those few with daily access to the Pope are able to get his signature on a range of measures which go directly against his stated aims.

Two years ago, I wrote here that I feared Pope Francis was becoming a prisoner of his handlers, and this fear seems to have come to pass.

Perhaps there is room for a certain amount of speculation when it comes to the degree to which manipulative underlings may be hamstringing the process of reforming the Curia.

Where there is no room for speculation, however, is the degree to which Francis is less-than-forthright when it comes to stating his aims, to say nothing of his manner of achieving them.

In the body of his Love Letter to Lucifer (aka Amoris Laetitia) Francis stated that his aim was simply to provide the Church with “an aid to reflection, dialogue and pastoral practice.”

When asked about the infamous footnote 351 just days after the Exhortation was published, Francis claimed, “I don’t remember the footnote.”

As Ed Condon pointed out on his blog shortly thereafter, Francis “has said publicly that he is ‘annoyed’ at the way people insist on trying to focus attention on Communion for the divorced and remarried” in regard to Amoris Laetitia.

We now know beyond any shadow of any doubt whatsoever that Francis is someone who, to be as charitable as possible, cannot be trusted to tell the truth.

Amoris Laetitia was never meant as mere material for “reflection.” Its primary purpose is precisely about Communion for the divorced and “remarried;” just as the footnote that Francis claimed not to remember makes plain.

In fact, according to Francis himself, “there are no other interpretations” of that dreadful document, and what’s more, he doesn’t just want people “reflecting and dialoguing” about it; rather, he wants it to be considered “authentic magisterium.”

The author of The Dictator Pope, in my view, succeeded in defending his thesis; namely, that Francis is a “dictator who rules by fear.”

The point that he misses, however, is that Francis is far more dangerous than this.

Pure dictators are not simply feared by their underlings; they are despised by the overwhelming majority of their subjects.

In the case of Francis, things are very different.

While dictators often employ propaganda to appear as something other than what they are, no one buys it; most especially outsiders.

Francis, by contrast, has somehow managed to fool a great number of Catholics and non-Catholics alike into believing that he really is God’s “humble” gift to the Church.

An even greater feat (and danger), in my opinion, is that he has also managed to convince far more persons still – including no small number of self-identified “traditionalists” – that he’s actually Catholic!

Long story short, while The Dictator Pope is a decent enough read to recommend; it doesn’t address the actual problem.

Jorge Bergoglio isn’t so much a “Dictator Pope” who is failing to reform the Roman Curia; he is a heretic posing as a pope who is succeeding, humanly speaking, in destroying the Church, dragging countless souls to Hell in the process.

Viganò strikes again: A warning to all with information