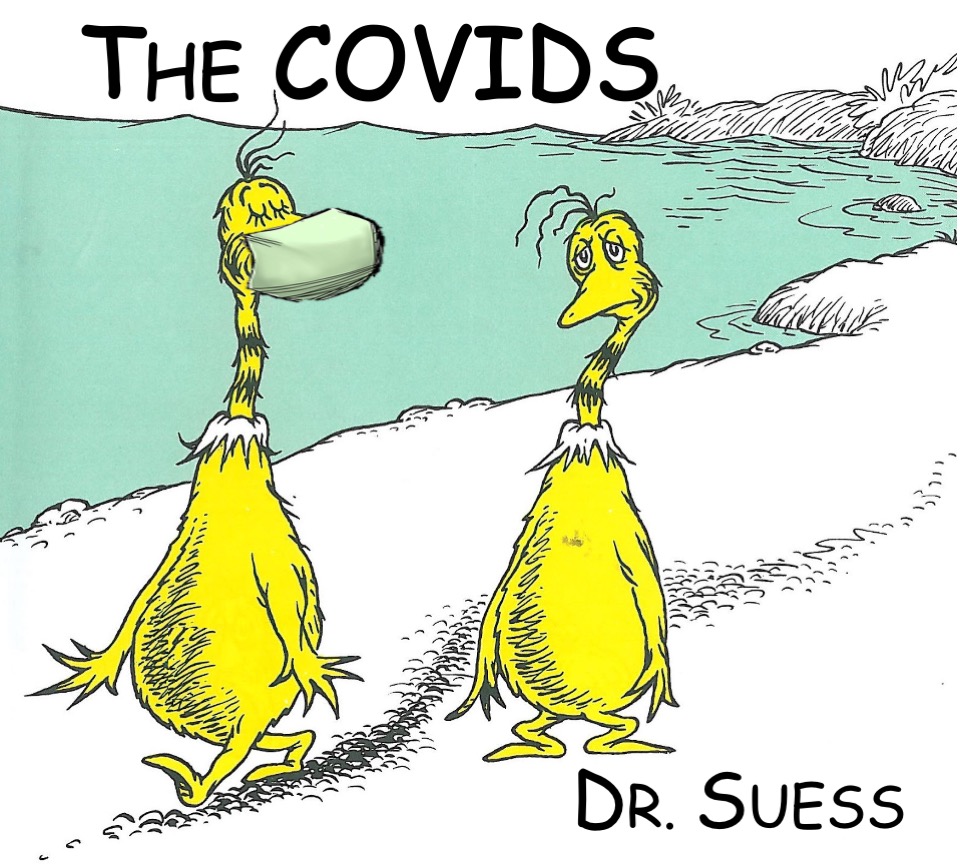 Those masks did no good, ‘cause the virus is small.
You might think such a thing wouldn’t matter at all.

But, because they had masks, all the Mask Wearing People
Would brag, “We’re the kindest of all the Townsheeple!”

With their snoots in the air, they would sniff and they’d snort,
“We’ll have nothing to do with the Open Face sort!”

And, whenever they met some, when they were out walking,
They’d bitch and they’d moan, squealing and squawking.

When the Mask Wearing People went out to the mall,
Could an Open Face enter the store? Not at all.

You only could shop if your faces had masks.
Still the Open Face People refused and held fast.

The liberal despots demanded compliance.
“Cover your faces!” In the name of fake science.

They lied and they threatened, without hesitation.
“No life as before! Not without vaccination!”

When the Mask Wearing People had frankfurter roasts,
or picnics or parties or marshmallow toasts,

They’d socially distance, with ten persons or less.
Signaling virtue, how their friends were impressed!

They kept loved ones away. Never let them come near.
And that’s how they rolled, with suspicion and fear.

It seemed rather hopeless. The wicked were winning.
Looting, destroying and openly sinning.

We looked for a leader, a man among men.
To restore law and order, as once it had been.

But never it was, and it never will be.
Until at long last, ALL the nations accede.

That Christ is Our King and the problem is man.
We cannot fix this, but only He can.

So Open Face People, just remain unified.
In faith, hope and love we have Truth on our side.

Fast, pray and battle, persecutions endured.
The story’s been written, the victory assured.

PAST DUE: Millions of Conditional Sacraments