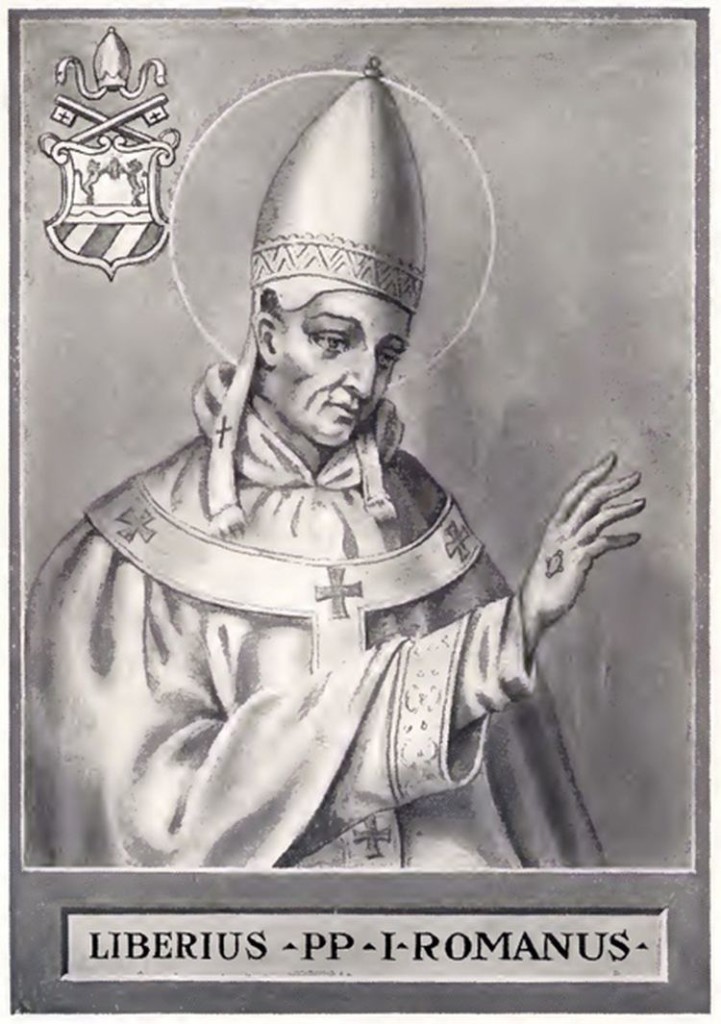 Every so-called “traditionalist” worthy of the name knows the story of Pope Liberius. Bishop Athanasius Schneider, who bears the name of the Saint that suffered so much injustice at the unsteady hand of this regrettable pope, retells the tale as follows:

In 357, Pope Liberius signed one of the ambiguous formulations of Sirmium, in which the term “homoousios” was eliminated. Furthermore, the pope, in a scandalous move, excommunicated St. Athanasius.

As recently as a month ago, I repeated these same tragic details in a conversation with a friend, being careful to add, however, “But it must be said that Liberius acted under pressure…”

Pressured or not, the escapades of Pope Liberius as retold above are often cited as one of the prime examples of a “bad pope,” with the point being that “we’ve had ’em before” and, therefore, no one needs to get all worked up over the fact that the head honchos in Rome since the start of the Council obviously did not (and do not) hold the Catholic faith.

Besides, as the story goes, back in the Pope Liberius days, damned near all of the bishops were heretics, and it was the laity that kept the true faith alive and, by God, we can do so again!

As I said, you’ve heard it all before, and what’s more, you (like me) more than likely believed it. Well, wouldn’t you know…

Rather than play the spoiler, at this I will simply invite you to watch the following along with my solemn promise (for what it’s worth) that it will be time well invested.

Francis, the Society, and the 1988 Profession