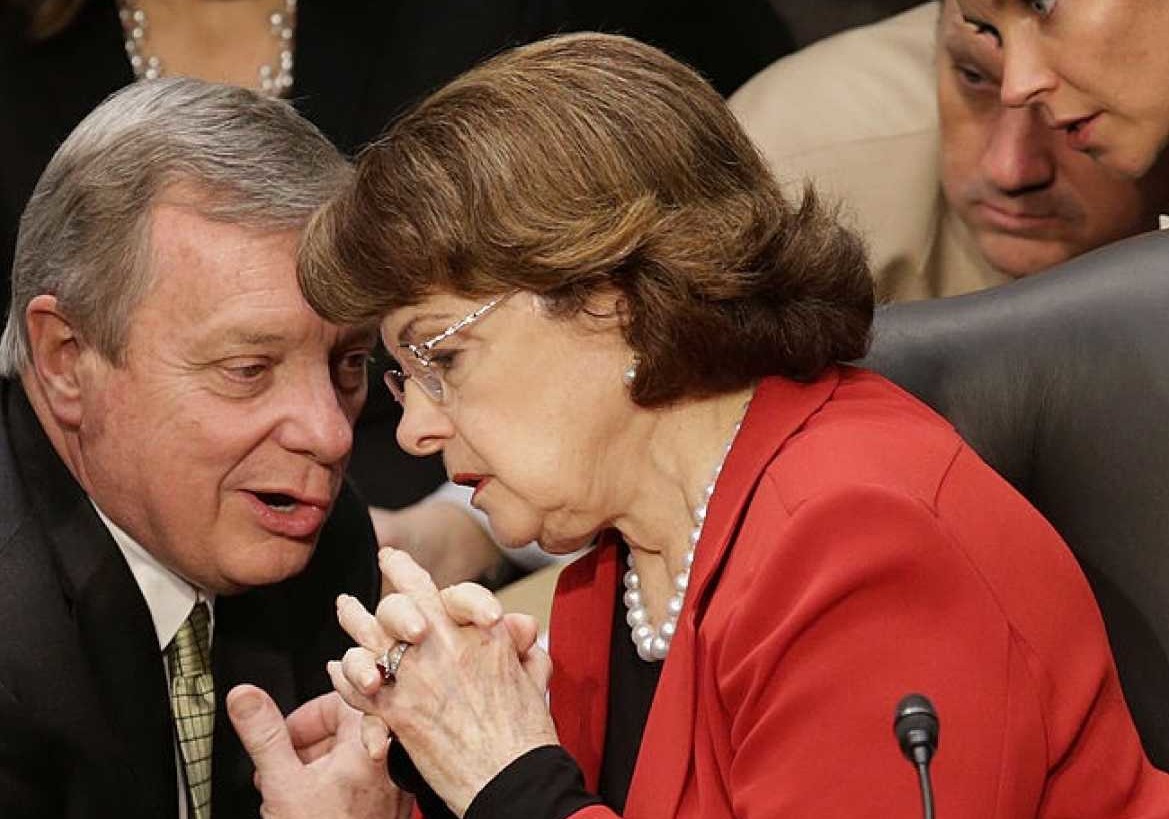 One of the big stories in the U.S. over the last week or so concerns the confirmation hearings on Capitol Hill for Circuit Court of Appeals judicial nominee Amy Barrett, a Catholic mother of seven.

At issue is the line of questioning directed at Mrs. Barrett courtesy of democrat senators who are concerned that her faith might influence her jurisprudence in such cases as those involving abortion and LGBT so-called “rights.”

When you read your speeches, the conclusion one draws is that the dogma lives loudly within you. And that’s of concern when you come to big issues that large numbers of people have fought for years in this country.

Senator Dick Durbin even went so far as to ask Mrs. Barrett:

Do you consider yourself an orthodox Catholic?

The senators’ remarks elicited a great deal of outrage in Catholic media. Overlooked in the process almost entirely, however, is the testimony of the nominee.

Mrs. Barrett is a former law clerk of the late Supreme Court Justice Antonin Scalia (about whom I’ve written quite a bit on these pages); a “constitutional originalist” who believed that a judge can rule against the Divine Law (and hence, the Divine Lawgiver) and yet still lay claim to being a faithful Catholic.

Apparently, Mrs. Barrett holds a similar view as suggested by her response to Sen. Durbin:

If you’re asking whether I’m a faithful Catholic, I am, although I would stress that my own personal church affiliation or my religious belief would not bear on the discharge of my duties as a judge.

As was made perfectly plain in the aftermath of Justice Scalia’s death, this is what passes for devout, and even traditional, Catholicism in the United States these days; even by some who claim to be “traditionalists” and yet reverence the U.S. Constitution with an esteem that should be reserved for holy writ.

Speaking of the U.S. Constitution…

One of the more common themes present in the Catholic (and politically conservative) media’s coverage of Mrs. Barrett’s confirmation hearings concerns the Constitution’s so-called “No Religious Test” clause.

Such bigotry has no place in our politics and reeks of an unconstitutional religious test for qualification to participate in the judiciary.

The clause itself (found in Article VI, Section 3 of the Constitution) reads:

…no religious test shall ever be required as a qualification to any office or public trust under the United States.

Even though the words “no religious test” do indeed appear in the text, the notion that the concept actually exists is a lie, which should come as little surprise given that the Constitution itself is constructed upon a lie – a religious lie.

Congress shall make no law respecting an establishment of religion, or prohibiting the free exercise thereof; or abridging the freedom of speech, or of the press; or the right of the people peaceably to assemble, and to petition the Government for a redress of grievances.

This is the vaunted “first freedom” (the supposed right to religious liberty) that Americanist bishops like Charles Chaput and William Lori can’t preach enough.

Please allow me to translate the text according to a Catholic understanding:

In these United States, the legitimate civil authority is strictly forbidden by law to officially recognize Christ the King and His Sovereign authority over “all things in Heaven and on earth” (cf Matthew 28:18), which includes the singular authority and right to define what is objectively just, and moral, and what is not.

The government of this nation is likewise forbidden to acknowledge the objective truth that the Holy Catholic Church was established by Christ the King to speak in His name in such way that “He who hears the Church hears Christ, and he who rejects the Church rejects Christ and likewise rejects the ‘Creator’ (mentioned in the Declaration of Independence) who sent Him” (cf Luke 10:16).

The Constitution requires, by contrast, that the legitimate civil authority treat the various false religions and their false doctrines as if they are of equal stature under the law as the one true religion, and indeed Truth itself.

This is the so-called “Great Experiment” that anyone worthy of the name Catholic should readily recognize as nothing more than a “Great Lie,” and likewise, the claim that there is “no religious test” in this country.

In reality, there most certainly is a religious test that one must pass in order to serve in certain pubic offices, most notably the judiciary, and it’s a test that ultimately poses just one “yes/no” question – let’s call it the Constitutional Dubium:

In cases where a conflict arises between the Divine Law and the Sovereign Rights of Christ the King on the one hand, and the democratic process, states’ rights, and judicial precedent, etc., on the other, are you willing to deny Christ?

The rejoinder of those who view such things in an anthropocentric way, as we are seeing, is always the same: It’s unconstitutional!

Those who are willing and able to view the matter in a Christocentric way; i.e., in the light of Truth, however, recognize that the Constitution isn’t the solution, it’s the problem.

You see, as the First Amendment makes plain, such things as the democratic process, states’ rights, and judicial precedent, etc., are, and have been, established under the presumption (more accurately, the lie) that the one true religion and Truth itself are of no more value in civil society than the various false religions, their false gods, and all of their false doctrines.

Of course, the Devil (who has a hand in everything that stands in the way of Our Lord’s reign), is far too clever to urge men to ask so direct a question as, Are you willing to deny the Sovereign Rights of Christ the King?

And yet, for those of us with eyes to see and ears to hear, we know that another way of asking this very same question of a judicial nominee is simply this:

Do you solemnly pledge to uphold the U.S. Constitution?

As such, like it or not, while Senators Feinstein and Durbin are reprehensible in many other ways, in the present case, they are simply being good little Americans.