Last Monday, just before the the now infamous Relatio Post Disceptationem was detonated, Pope Francis gave a homily (just by coincidence, don’t you know) about our God being a “God of surprises.”

Matters of timing aside, this isn’t exactly a new theme for Pope Francis.

In his homily of January 20, 2014, one month to the day before Cardinal Kasper was to deliver his reflections at the Extraordinary Consistory in Rome in preparation for the Extraordinary Synod just concluded, the pope had this to say as reported in L’Osservatore Romano:

In Evangelii Gaudium, the 50,000+ word tome that Cardinal Burke presumably still hasn’t “quite figured out exactly how to describe,” Pope Francis hammered home just how surprising God can be:

He is for ever young and a constant source of newness. The Church never fails to be amazed at “the depth of the riches and wisdom and knowledge of God” … . The real newness is the newness which God himself mysteriously brings about and inspires, provokes, guides and accompanies in a thousand ways … At the same time, today’s vast and rapid cultural changes demand that we constantly seek ways of expressing unchanging truths in a language which brings out their abiding newness.

Indeed, so surprising is this God of… ahem… “ours,” that the word “new” appears in Evangelii Gaudium some 200 times! I highly recommend, for those of you who can stomach it, to reread the document with the Synod’s scandalous Midterm Report in mind.

Clearly, the nonsense found in the Relatio is in perfect keeping with the modernist mindset of the current  pope.

Come to think of it, isn’t amazing just how often this “God of surprises” tends to share Pope Francis’ ideas and opinions? 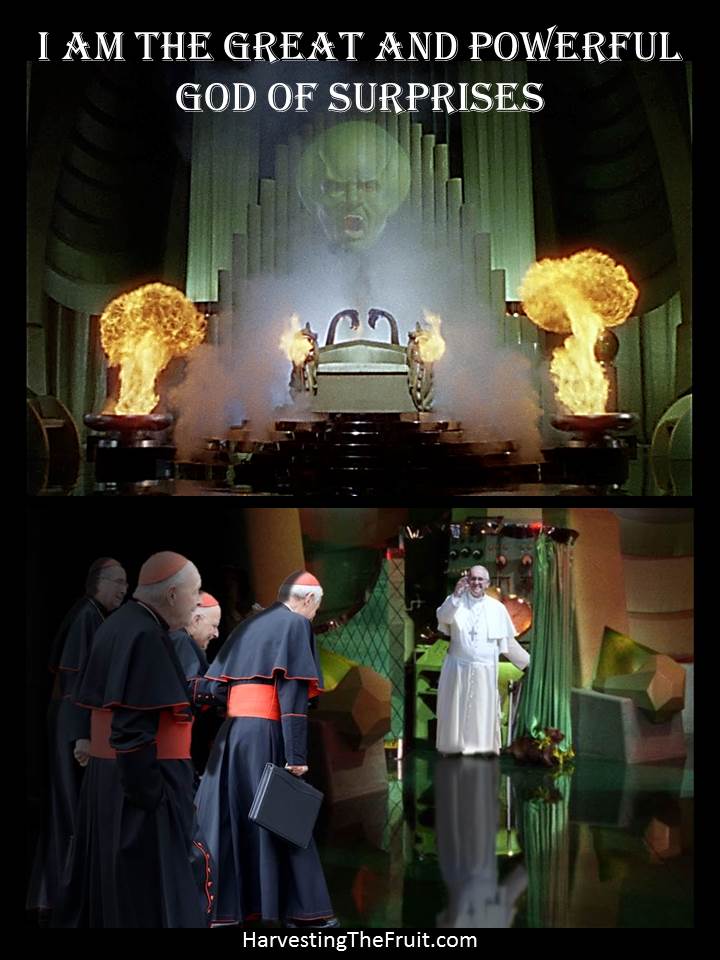