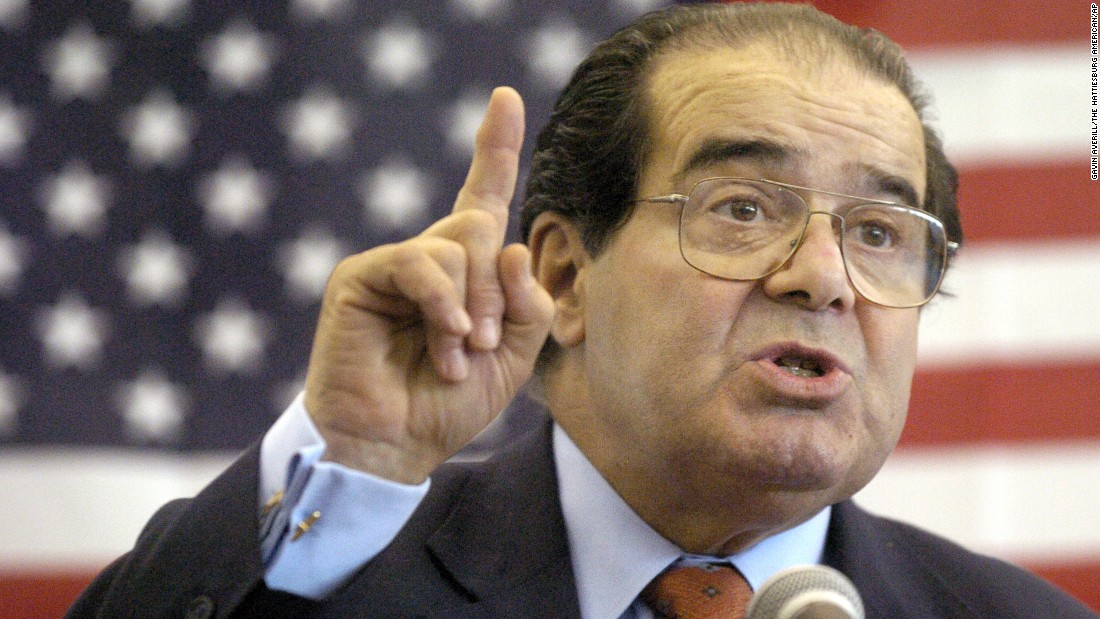 Steve Jalsevac, co-founder and managing director of LifeSite News, recently authored and published a column; Neil Gorsuch is NOT another Scalia [emphasis in the original].

“Despite effusive praise from numerous pro-life and pro-family leaders, this man is NOT, as Trump has repeatedly been told, another Scalia … But can we trust that he will courageously rule as the nation desperately needs him to rule on all of the most crucial issues?”

By “crucial issues,” Jalsevac is referring to those concerning abortion and homosexuality, and the answer to his rhetorical question is rather obvious:

No, Neil Gorsuch cannot be trusted to rule well on these issues.

In this, Steve Jalsevac and I are in agreement.

As for why Gorusch cannot be so trusted; this is where we seem to part ways.

You see, as the title to his article suggests, Jalsevac believes that the problem lies in the degree to which Gorsuch “is NOT another Scalia.”

The implication is that the latter actually did “courageously rule as the nation desperately needed him to rule on all of the most crucial issues.”

If you listen closely, you can almost hear the plea:

Seriously now, while I know that this will once again invite the ire of those Catholics who stopped just short of shouting Santo Subito at news of Scalia’s death, it must be said:

As a Supreme Court jurist, Antonin Scalia exhibited very little in the way of courage; in particular, Christian courage, and what’s more, there is every reason to believe that Neil Gorsuch will rule in precisely the same manner.

As Jalsevac points out in his article, when asked by Senator Dick Durbin during a confirmation hearing whether the intentional taking of unborn life is wrong, Gorsuch replied:

Elsewhere in his article, Jalsevac suggests that there may be reason to suspect that “Gorsuch is not a full constitutional originalist;” presumably, like Antonin Scalia, who just so happened to say of the 14th Amendment:

“They [anti-abortion people] say that the Equal Protection Clause requires that you treat a helpless human being that’s still in the womb the way you treat other human beings. I think that’s wrong. I think when the Constitution says that persons are entitled to equal protection of the laws, I think it clearly means walking-around persons.” (60 Minutes interview, 24 April 2008)

Get that? A fetus is not a person, nor does the unborn child deserve to be treated as a human being.

On this, Gorsuch and Scalia are in perfect agreement.

Moving on, Jalsevac raised “serious questions about Gorsuch and homosexuality.”

Specifically, he linked to an earlier LifeSite News article detailing an exchange between Gorsuch and funny-man-turned-legislator Al Franken wherein the judge insisted that his “personal views” on homosexuality are not relevant to his jurisprudence, saying:

In this, Gorsuch is once again demonstrating his likeness to Scalia, who when asked by Leslie Stahl of 60 Minutes about “the connection between [his] Catholicism” and his judicial philosophy, replied:

“It has nothing to do with how I decide cases.”

In this, Jalsevac sees a red flag, saying:

“He did not just call it ‘settled law,’ which one could say, well, yes, in legal terms that is what it could be said to be … for now. But he unnecessarily and disturbingly added the word ‘absolutely.’ Why did he go to that length? No originalist would ever make such a comment…”

Again, the point being made is quite clear:

Gorsuch cannot be trusted with respect to the matter of so-called “marriage equality,” whereas Scalia could.

Highlighting the supposed contrast between the two men, Jalsevac pointed out:

“Scalia even went so far as to argue that legalizing same-sex ‘marriage’ was a ‘threat to American democracy.’”

Scalia did not label “same-sex marriage” as a threat, but rather the Court’s decision in Obergefell. The difference is considerable.

Indeed, the reason Antonin Scalia dissented in Obergefell wasn’t because he took issue with a law that recognizes gay sex pacts as “marriages” in contravention of God’s Law; rather, he had a problem with the Court undermining the Almighty Democratic Process.

“It is not of special importance to me what the law says about marriage. It is of overwhelming importance, however, who it is that rules me. Today’s decree … robs the People of the most important liberty they asserted in the Declaration of Independence and won in the Revolution of 1776: the freedom to govern themselves.”

He may just as well cited the Revolution of 1789 while he was at it!

In truth, Justice Scalia was perfectly content, judicially speaking, with the idea that the will of the people, as expressed via the ballot box, trumps (no pun intended) the Divine Law; both as it concerns same-sex “marriage” and abortion.

At a forum hosted by the University of California in 2011, Scalia said:

If that’s not enough to convince “pro-lifers” that the last thing the world needs is “another Scalia,” consider an article on the late Justice that was published in the Remnant in 2014:

“When he [Scalia] dons his robe as a Justice of the U.S. Supreme Court, the basis of his decisions must be what the Constitution requires, and if abortion or the death penalty is permitted by the state under its law, then despite his Catholic belief it is the vox populi who are sovereign in these matters.”

Shockingly, the Remnant reports this blatant rejection of the Sovereign Rights of Christ the King with neither protest nor correction; in fact, on the contrary, Scalia was duly praised in the article as a “devout Catholic” and even hailed as “a man of impeccable judgment.”

Clearly, the Americanist disease has spread well beyond the confines of the neo-Catholic conciliarists and the National Catholic Reporters of the world.

Please, don’t get me wrong: I’m grateful for the good work that LifeSite News, Steve Jalsevac, and others have done in an attempt to construct a “culture of life” and to promote authentic Catholic tradition.

Even so, we can be certain that unless such efforts include a willingness to insist very specifically upon the Kingship of Christ, and likewise the duty incumbent upon all who govern, Catholic or otherwise, “to give public honor and obedience to Him” (cf Pope Pius XI, Quas Primas 32), they will ultimately be fruitless.

It is my hope that by challenging popular sentiments and speaking plainly on the matter at hand, the current events under discussion here will serve as a “teachable moment” for those who as yet do not fully appreciate just how much is at stake; not just for the United States, but for every nation on earth.

Is Archbishop Viganò inching toward sedevacantism?