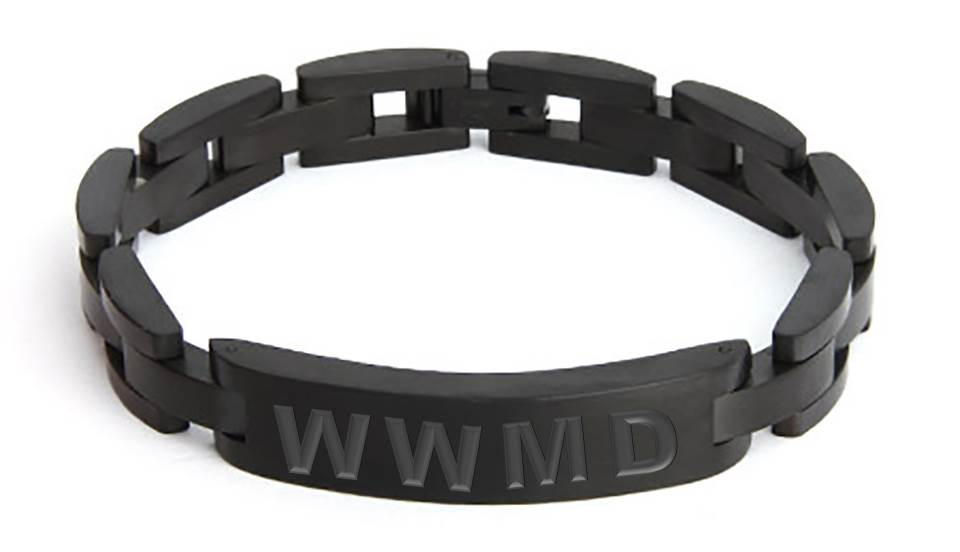 In 1896, the American Congregationalist minister Charles Monroe Sheldon published a book subtitled, What Would Jesus Do?

Some 100 years later, the initials WWJD – an abbreviated representation of the very same question – began appearing on bracelets, bumper stickers, coffee mugs and all manner of Protestant kitsch.

As a moral compass, the question itself has a great deal of merit, but only to the extent that it is guided by an authentic sensus Catholicus.

Apart from this, fallen men will inevitably create a Jesus of their own making; a false god who, surprise, surprise, just so happens to share their every opinion.

A good example of this can be found in the writings of the Protestant philosopher and author, Kelly James Clark, who went so far as to play the WWJD card to insist that “the followers of Jesus should not impose their moral views on gay marriage.”

This phenomenon of creating a shadow authority that confirms one’s every position is not, however, exclusively Protestant; in fact, it appears rather evident in what is perhaps the most unlikely of places – the Society of St. Pius X.

In this particular instance, the Society’s leadership, as well as those who dissent from their positions, frequently cite the example of Archbishop Marcel Lefebvre; with each side accusing the other of failing to properly discern, “WWMD?” – What Would Marcel Do?

The end result isn’t all that different than what is found among the Protestants as each one inevitably creates an Archbishop of their own making; a dubious authority figure who, surprise, surprise, just so happens to share their every opinion.

In spite of their errors, the Protestants are at least asking the right question.

The same cannot be said, however, of those whose default approach to the present situation is to ask, “WWMD?”

Now, don’t misunderstand me: I think that one does very well to delve deeply into the writings and the example of Archbishop Lefebvre; looking to him as a model of faithful Catholic sonship even in the most difficult of times.

To do so, however, is to recognize that Archbishop Lefebvre didn’t engage the crisis with Rome, such as it was in his day, by asking What Would Fr. Lefloch – or any other purely human figure – Do?

Rather, he faced every challenge that came his way by prayerfully pondering the whole of Catholic tradition, allowing this alone to serve as his guide, and we must do the same.

The crisis with Rome, such as it was in his day…

While Archbishop Lefebvre faced many unprecedented challenges, never did he face anything like Francis and his Love Letter to Satan; otherwise known as, Amoris Laetitia.

As such, while I do not doubt the good intentions of those who, in their approach to today’s circumstances, lay exclusive claim to the Archbishop’s example, I do believe that the “WWMD?” method is a cop out; even if taken inadvertently.

It seems to me that those who sincerely wish to honor the memory of Archbishop Lefebvre by tempering their reaction to Amoris Laetitia, as if to claim that he would do the same if alive today, are actually doing him a grave injustice.

For instance, this is the message conveyed in Fr. Jean-Michel Gleize’s recent series of articles on Francis and Amoris Laetitia.

[NOTE: I have confirmed with SSPX leadership that these articles do indeed represent the Society’s official position.]

Francis, via an “Apostolic Exhortation” disseminated throughout the Universal Church, plainly insists that God at times “asks” us to persist in the mortal sin of adultery. (cf AL 303) That’s right – according to Francis, the very Author of the Commandment against adultery is said to occasionally will it!

Can there be any doubt that Archbishop Lefebvre would have publicly condemned, and in the severest of terms, this blatant affront to the All Holy God?

And yet, in a lengthy series of articles wherein he proposed to examine Francis vis-à-vis the text of Amoris Laetitia, Fr. Gleize not only chose to ignore this clearly blasphemous and heretical assertion altogether, he even claimed recourse to the prudence of Archbishop Lefebvre in drawing the conclusion that Francis cannot be considered to have rejected, or even contradicted, revealed truth.

Archbishop Marcel Lefebvre ran his race. He remained faithful in spite of every obstacle that the Evil One and his coconspirators placed in his path.

The enemy remains the same, but the obstacles that we face are most certainly unique.

It’s time for all who love tradition to cease playing the “WWMD?” card and to get on with the business of directly engaging the heresies of Francis like true soldiers for Christ.

The UN, BLM and COVID: An Unholy Triumvirate