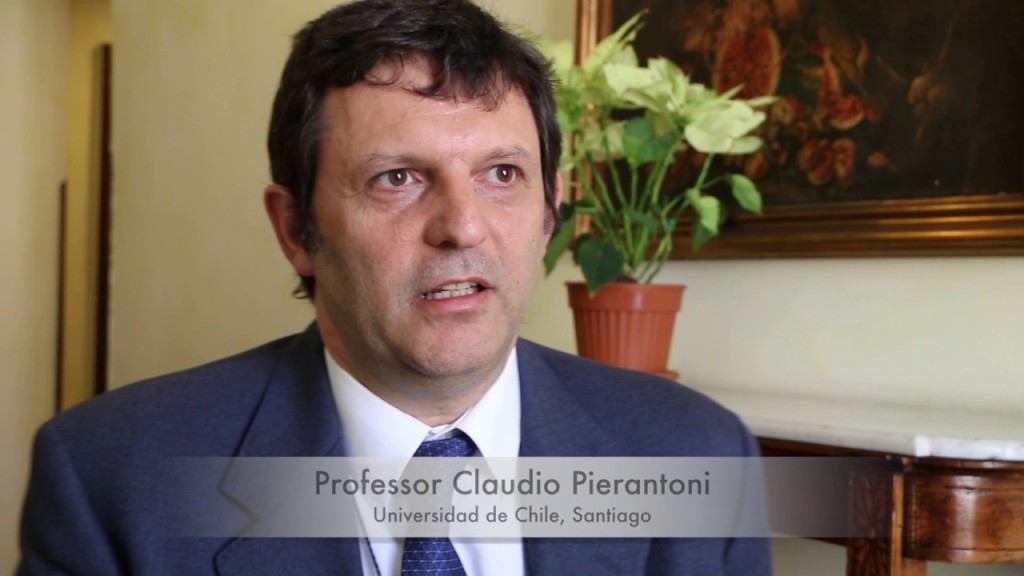 The Society of St. Pius X has chosen, for whatever reason, to lend its voice to an excerpt taken from a presentation given by Claudio Pierantoni at the laity-led conference on Amoris Laetitia held in Rome on April 22nd.

The article, published on the SSPX News website under the title, Why is the pope silent on the dubia, offers some disturbing observations.

“What is obvious in the current situation is precisely the basic doctrinal distortion which, even though it cleverly avoids any directly heterodox formula, nevertheless consistently maneuvers so as to attack not only some dogmas in particular such as the indissolubility of marriage and the objectivity of the moral law, but also the very idea of sure doctrine and, with it, the very person of Christ as Logos (Word of God).”

What we’re witnessing here is the proverbial “slippery slope” in action.

Recall that Fr. Jean-Michel Gleize, in his multi-part series of articles on Amoris Laetitia, concluded that the text and its author merely “promote heresy” as opposed to putting forward actual heresy (by his definition, “that which constitutes a rejection or a questioning of the revealed truth that is proposed by the infallible Magisterium of the Church.”)

Now, the SSPX is giving credence to the idea that Amoris Laetitia is not only free of heresy; it is “obvious” that it doesn’t even contain “any directly heterodox formula.”

Even though this horse has been well and truly beaten to death on these pages, it is necessary to consider the following limited examples yet again:

– “One may be in a concrete situation which does not allow him or her to act differently than to knowingly persist in the mortal sins of adultery and fornication.” (cf AL 301, in opposition to Council of Trent, Session VI, Chapter XV)

– “At times, persisting in the mortal sins of adultery and fornication is the most generous response which can be given to God.” (cf AL 303, in opposition to Council of Trent, Session VI, Canon XVIII)

– “At times, God Himself asks us to persist in the mortal sins of adultery and fornication.” (cf AL 303, in opposition to Council of Trent, Session VI, Chapter XVI, Canon VI)

Now, you tell me, are the three citations taken from Amoris Laetitia “directly heterodox” in their formulation or not?

The answer is indeed “obvious.”

So why, then, is the SSPX, via its promotion of this regrettable article, instructing not only its own faithful, but Catholics the world over, otherwise; as if (let me guess) the citations above merely “promote” heterodoxy?

It seems to me that the Society of St. Pius X, as initially made evident in its publication of Fr. Gleize’s articles, has placed itself on a slippery slope that cannot but lead progressively further away from clarity and conviction.

Oh, but the article does go on to say that its formulas consistently maneuver so as to attack certain dogmas, the moral law, and even the very idea of sure doctrine!

Yes, it does, but think about it…

If the text of Amoris Laetitia does all of this, does that not mean that it necessarily contains that which is “directly heterodox”?

Of course it does!

And so the question that one must ask is why does Mr. Pierantoni – and more importantly, the SSPX – feel compelled to engage in this hair-splitting high wire act as opposed to simply calling a spade a “spade,” heresy “heresy,” and a heretic a “heretic,” etc.?

I don’t know the answer to that question, but I do know this:

The truth is straightforward. Defending it is likewise simple. Equivocating for error, however, is quite another story.

As this latest posting by the SSPX aptly demonstrates, the latter requires all manner of contortion and contradiction, and it’s an effort that will even go so far as to make excuses for the enemies of Christ:

“And the Pope himself is the first victim of this doctrinal distortion, even though—and this is a hypothesis on my part—he is not very aware of it, and he is the victim of a general historical alienation that affects large sectors of theological teaching.”

Remember that under discussion here is Amoris Laetitia and Francis’ unwillingness to formally respond to the dubia.

And with this in mind, we’re being asked to believe that Francis is a victim? A victim!

Where does this Claudio Pierantoni person come off hypothesizing about what Francis is aware of or not, and worse, suggesting that he is simply the victim of a poor formation?

(As if that excuse couldn’t be applied to damn near everyone who was educated under the dark shadow of the Council.)

More importantly, why is the Society of St. Pius X putting its stamp of approval on such garbage; thus doing a grave injustice to its namesake?

I’ve said this many times with regard to Amoris Laetitia, but clearly it bears repeating:

No one has the right, or the authority, to make subjective judgments concerning the interior disposition of souls and matters of culpability.

Whether, or to what degree, Jorge Bergoglio may be a victim of the age, God alone is judge. Our task is simply to assess the objective sense of his statements and writings.

All of this having been said, it is not altogether surprising that the SSPX is now disseminating the rubbish found in Mr. Pierantoni’s presentation.

After all, a key component of Fr. Gleize’s quasi-defense of Amoris Laetitia involved yet another subjective judgement that is beyond the scope of mere mortals – in his case, the determination that Francis’ “intent” somehow exonerates him from the charge of heresy.

At this, let’s return to Claudio Pierantoni’s commentary where we will witness the art of contradiction at its finest:

“In this situation the dubia, these five questions presented by four cardinals, put the Pope in an impasse. If he answered by denying the Tradition and the Magisterium of his predecessors, he would be formally considered heretical, and therefore he cannot do that. If, instead, he answered in keeping with the previous Magisterium, he would contradict a considerable part of the main doctrinal actions that he has taken during his pontificate…”

If Mr. Pierantoni is correct, if Francis was to answer the dubia simply by applying sacred Tradition and the Magisterium of the Church to its questions, the light of truth would be shone on “the main doctrinal actions that he has taken during his pontificate” and “he would be formally considered heretical.”

On this note, he is quite right!

And yet he also states that Amoris Laetitia  “cleverly avoids any directly heterodox formula.” Like I said, the art of contradiction at its finest.

Look, the fact of the matter is we need not wait for Francis to act in order to apply sacred Tradition and the Magisterium of the Church to the dubia and by extension to Amoris Laetitia and its author.

In fact, we are obligated  to do so; both for our own good and for the good of those in our charge. If we simply do this, revealed in the process is nothing less than heresy.

In spite of his evident disorientation, even Mr. Pierantoni gets this right.

How many more souls must perish before the Society of St. Pius X does what must be done and warns the world accordingly?