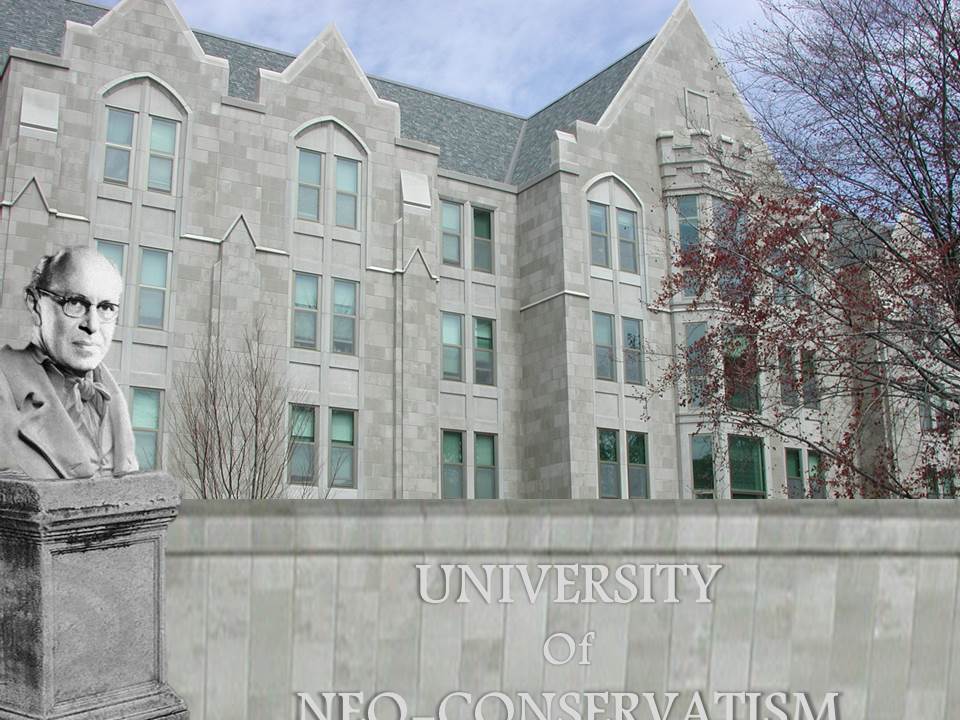 Recently on these pages, we took a virtual masterclass on neo-conservative Catholicism provided by Professor George Weigel, who penned an article that impeccably demonstrated just how confused, conflicted and inconsistent such “thinkers” truly are.

Today, we’re going to further unmask neo-conservatism as we take a doctorate level course; this one on God-Bless-Americanism via an article posted at The Catholic Thing entitled, Of Satanism and Religious Freedom.

Our instructor, Gunnar Gundersen, an Affiliated Scholar of the James Wilson Institute on Natural Rights and the American Founding, set the stage for the discussion as follows:

“Using religious-freedom principles, Satanists have won several victories, including afterschool programs in Washington State to rival the Good News Club, and Satanic curses to open a city council’s business in Alaska. And every day, news of greater satanic activity multiplies.

But do our laws require that Satanism be protected as a religion?”

According to Mr. Gunderson, “The short answer is no.”

In support of this conclusion, Mr. Gunderson argues:

“Never in our history, tradition, or philosophy of government has Satanism ever been accorded such protection. Indeed, protecting Satanism reflects a thought process foreign to the logic of religious freedom in the U.S. Constitution.”

I beg to differ, or perhaps better said, Mr. Gunderson begs to differ with himself – a hallmark of neo-conservatism.

As he pointed out in the article’s opening:

Satanists have won several victories, including afterschool programs in Washington State to rival the Good News Club, and Satanic curses to open a city council’s business in Alaska.

It certainly sounds to me as if a precedent has been set.

In any case, one must ask, what exactly is the logic of religious freedom in the U.S. Constitution to which Mr. Gunderson referred?

On this note, he saw fit to quote James Madison who said:

“It is the duty of every man to render to the Creator such homage and such only as he believes to be acceptable to him. This duty is precedent, both in order of time and in degree of obligation, to the claims of Civil Society.” (James Madison, Memorial and Remonstrance against Religious Assessments to the General Assembly of the Commonwealth of Virginia)

To which Mr. Gunderson added:

“Conscience rights or religious freedom are not abstract freedoms applicable to whatever spiritual reality you seek to embrace. It is rooted in obligation to God. The freedom of religion found in the First Amendment is a freedom to worship God according to the dictates of one’s conscience – not the license to disparage or deride Him.”

If indeed this were so, then neither Islam nor Judaism (and a whole host of other religions) should enjoy a Constitutional right (so-called) to religious freedom.

I think it is fairly safe to assume that Mr. Gunderson would disagree, which necessarily suggests that he does not believe that rejecting Jesus Christ amounts to “disparaging or deriding” God.

That, my friends, is not a Catholic thing!

But let’s not get too far ahead of ourselves…

Mr. Gunderson’s counterargument to this observation follows in the article:

“In contrast, Satanism – either the old-fashioned allegiance to Old Scratch or the modernist atheistic version – is irreligion or anti-religion, meant to deny devotion to God. Its goal is to produce a society where religion is no longer viewed as a duty or unalienable right.”

Initially, Mr. Gunderson argued that Satanism has no Constitutional right to religious freedom because there is no historic precedent for its protection under the law.

Here, he is introducing a new litmus test; namely, intent understood as a religion’s “goal” and what it is “meant” to accomplish.

On some level, Mr. Gunderson seems to sense the difficulty with using such a standard for determining who enjoys a given right, and who does not.

“The relatively recent focus on sincerity of belief has reduced religion from a reasonable, moral duty of all men to an idiosyncratic, unintelligible exercise of self-expression … Why does sincerity matter?”

Obviously, in the realm of authentic rights, sincerity matters not one bit.

Because it is entirely subjective.

The same, however, can also be said of intent; a point apparently lost on Mr. Gunderson, who went on to present an originalist argument:

“There is no evidence that either our Founders or founding citizens understood freedom of religion to include irreligion. Nor would such a right even make sense. The very basis for recognizing religious freedom – our common duty to worship God freely – cannot support the right to become His enemy.”

Based on this latest argument, one must conclude that Gunnar Gunderson does not believe that Islam, which demands the worship of the false god, Allah, and Judaism, which mocks Jesus Christ as a false Messiah (to name just two false religions), are enemies of God.

The only way that one can possibly embrace the arguments and conclusions presented by Gunnar Gunderson, while also claiming to maintain logical consistency, is by likewise embracing a very old Christological heresy.

So, what have we learned today?

Neo-conservative Catholicism, which includes God-Bless-Americanism (even for non-Americans thanks to the Second Vatican Council’s Declaration on Religious Freedom), is not only rife with confusion, conflict and inconsistency; it also entails, at its very core, the denial of the divinity of Christ.

The New Evangelization in action