Home
Blog Post
Roman Rite Q&A: When to kneel for the Sanctus 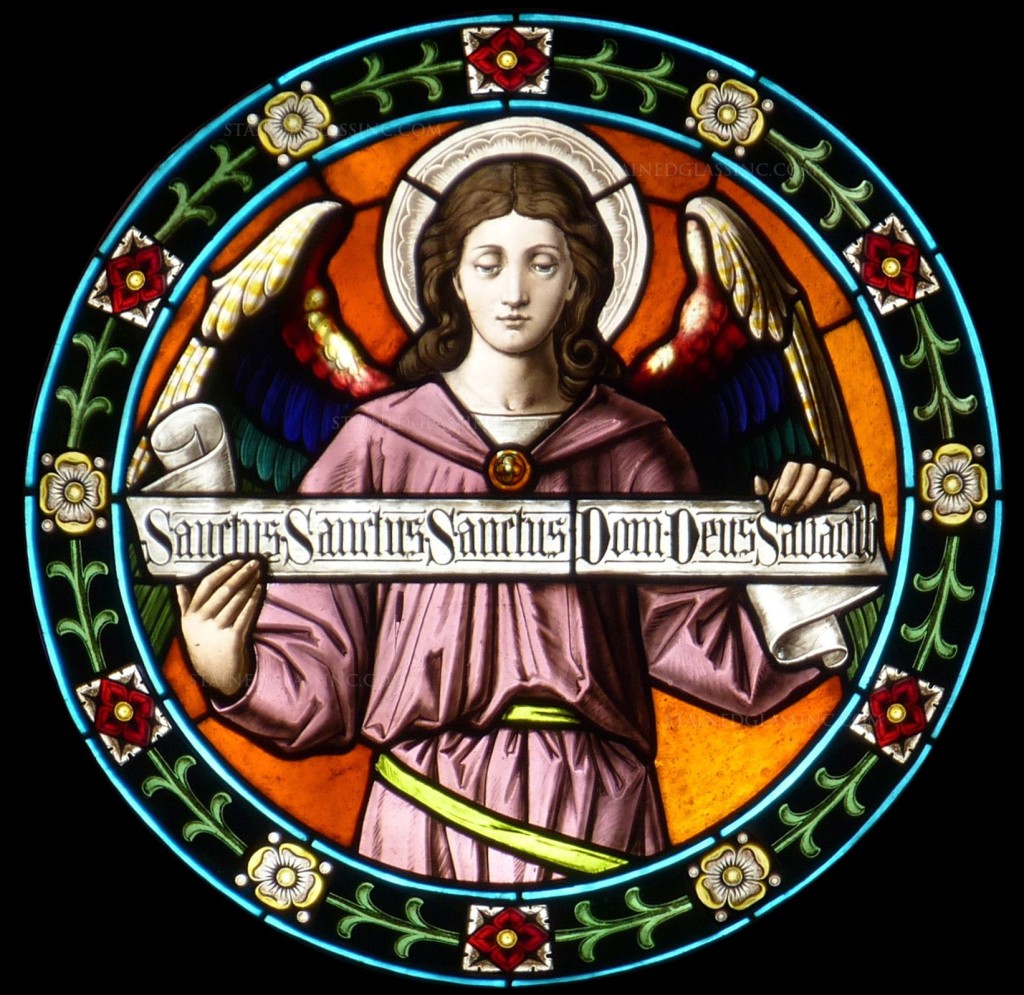 I was associated with a traditional parish where there was written instruction on cards in the pews saying to kneel after the Sanctus, and not when the bells ring for the Sanctus. In practice, what I tended to see was half of the congregants kneeling when the Sanctus bells rang (which is what I have always seen done in every Latin Mass that I have attended) and the other half standing until after the priest finished the Sanctus.

I have moved from the area since, and the Latin Mass parish that I attend now (which is part of the same association of priests as the other parish) kneels when the Sanctus bells are rung.

Are there two ways that the Roman Rite says this can be done? Or is one correct and one incorrect?

Thank you for providing me with the opportunity to address this question of participation at Mass.

The question of how to properly participate (or attend) the traditional Mass is a frequent, but important one. For an overall explanation about this matter (the philosophical and theological reasons), I can do no better than to refer readers to Fr. Michael Simoulin’s excellent piece that was published in The Angelus magazine back in 1997, “Attendance at Mass and Participation in the Liturgy”.

There are some who believe — mistakenly — that there are no rubrics for the faithful in the church pews. But from reading Fr. Simoulin’s piece (and the words of certain popes, such as Pius XI in Divini Cultus and Pius XII in Mediator Dei), it becomes clear that there must be some method that the laity should follow.

In fact, as remarked by rubricians (such as J.B. O’Connell in his work, The Celebration of Mass: A Study of the Roman Missal, and others who comment on this subject) the faithful should in general conform their deportment to that with the clergy assisting in choir. As for the latter, the rubrics that detail the clergy’s deportment (e.g., standing, sitting, kneeling, etc.) are found in an official rubrical book of the Roman Rite, the Caeremoniale Episcoporum (The Ceremonial of Bishops), the last of edition of which was published in 1886.[1]

The first thing that must be borne in mind is that the sung Solemn Mass (missa solemnis) is actually the ideal form of Mass, and thus from which the abbreviated forms of the sung High (missa cantata) and recited Low Mass (missa recita or missa privata) are derived.[2] So when discussing the proper attendance of the faithful during the traditional Roman Mass, we must first refer to the sung form which applies to both Solemn and High Mass.

The second thing that we must be aware of is a principle, that when singing one generally stands. Of course this is not only for practical reasons (as it is easier to sing well when standing), but also because standing is actually considered to be the orans (or praying) position par excellence, not kneeling. This latter concept might come as a surprise to many who are accustomed to kneeling during Mass because of the frequency of the Low form. But as seen practiced during the sung Solemn and High Masses, kneeling constitutes either a sign of contrition, intense supplication, or adoration; but more on this important distinction a little later.

The posture is particularly true during the Sanctus, which forms the conclusion to the Preface (magnificently echoing the adoring song of the angels in Heaven) and the opening of the most sacred part of the Mass, the Canon. Indeed, the overlapping chant of the Sanctus that follows the magnificent Preface (during which all should be united in prayer with the celebrant in this ancient form of praising God) is a climactic moment that prepares the faithful for the awesome Consecration action.

Here another rubrical point should be made. Technically according to the rubrics in the Caeremoniale Episcoporum (and as mentioned by rubricians such as J.B. O’Connell), the assisting clergy and faithful are supposed to stand after the Consecration on festive days in silent union with the celebrant during his “Great Prayer”. However, at penitential Masses or those of Requiems, the faithful would remain kneeling in supplication (either for themselves or for the deceased).[3] This being said though, this distinction of practice is rarely seen today.

Now turning to how to act at the Sanctus during Low Mass, ideally the faithful should stand for the Preface (having previously been sitting during the Offertory) and remain standing until the celebrant has completely said the Sanctus. Hence, the faithful should not immediately kneel when the bell for the Sanctus is rung as commonly seen, which creates a noisy disturbance and distraction from one of the most important preparatory parts for the miracle of transubstantiation.

Unfortunately, there were many laity missals that instructed the faithful at Low Masses to kneel as soon as the bell rang for the Sanctus. Furthermore, most of these guides often gave the same directions of postures for Low Mass as for a sung High or Solemn Mass. However, from what has been previously explained, it can be seen why such a direction is less than ideal let alone being rubrically incorrect.

All of this having been said though, if the majority of the faithful are kneeling during the Sanctus, it is best to conform yourself to that practice and thereby follow the axiom, “when in Rome, do as the Romans do” instead of zealously being the only person standing in the church! Of course, you can certainly consult with the pastor to request a change of practice and even help to educate your fellow parishioners about the matter.

For more on this important point of discretion (and for further info), I would suggest listening to my discussion held August 12, 2015 during the Your Morning Tradition show at Magnificat Media entitled “What’s the Deal… When to Kneel?”

1. This book not only describes how a bishop pontificates at various ceremonies, but also gives the basics for the ministers at Solemn Mass.

2. Given here are the English terms used for the various forms of Mass in the United States. The Latin terms are those as defined in the Ritus Servandus rubrical section in the Missale Romanum per the New Code of Rubrics promulgated in 1960. Thus the term “missa cantata” refers only to the High Mass form that includes the use of incense, and not a Low Mass that includes some singing, even of certain Kyriale parts.

3. The concept of kneeling in supplication (for personal contrition or beseeching suffrage) is still practiced for the Collect and Postcommunion at a sung Requiem, or a penitential Mass (i.e., in violet vestments, but excluding Sundays).

NOTE: Please visit the Romanitas Press website for more information and valuable resources by clicking the banner below. 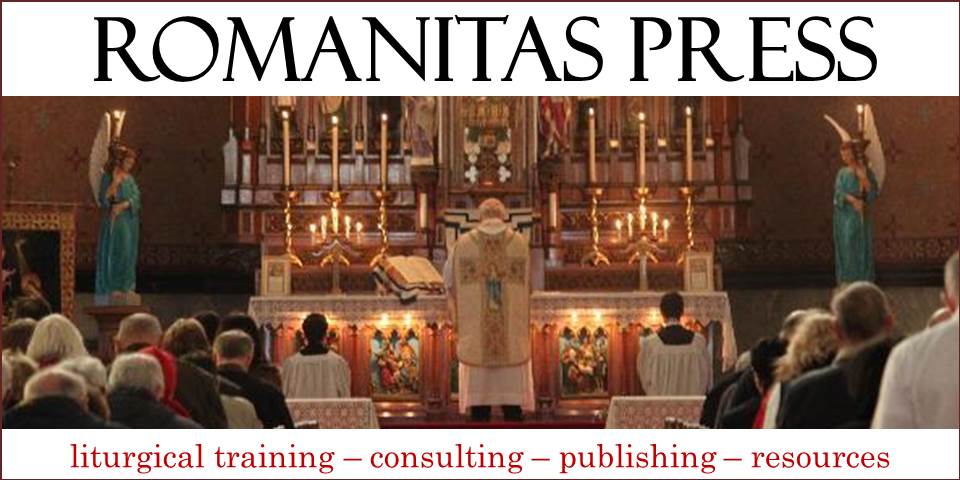 Bergoglian eco-mania just a means to an end